Dil Mom Ka Diya starts off delineating two families; the first family incorporates siblings living together in harmony, the second family includes elderly parents and their two daughters, one of whom is Ulfat. Ulfat is a carefree girl whose ultimate goal is to get married to a rich and handsome man. 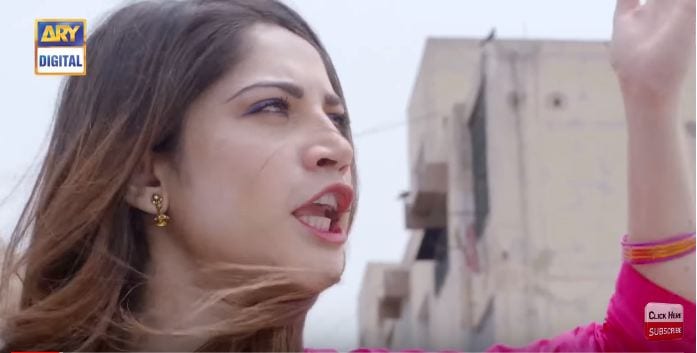 Ulfat’s father, Molvi Sahab teaches the holy Quran to Kausar and her brother, Afzal also asks Molvi Sahab to teach him the Holy Quran with proper recitation. Molvi Sahab has an impecunious family but Afzal and his brothers, Azhar and Akmal take good care of his family’s basic needs.

Both families stay in a state of peace until one day, when Molvi Sahab gets a heart attack. Predictably, Afzal funds his treatment but to his shock, Molvi Sahab asks him to marry Ulfat and he agrees without even giving a second thought about it. When Ulfat finds it out, she panics but later agrees because of the deteriorating health of her father. 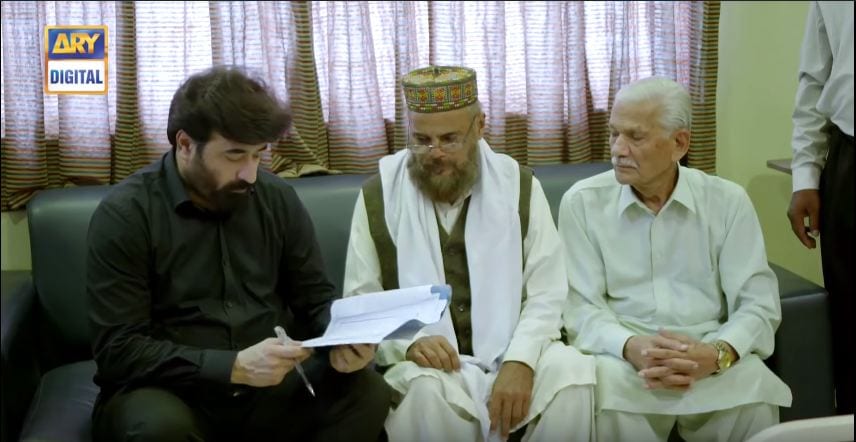 Ulfat sees him after the Nikkah and all her dreams of getting married to a handsome person get shattered. When Afzal’s sisters come to know about the Nikkah, they don’t approve of it at first, but to their surprise, find Ulfat extensively gorgeous. Notwithstanding consistent resistance, Ulfat comes to her husband’s home. Afzal has never thought of getting married to such a beautiful girl and as a result, he instantly falls in love with her but she stays uninterested and cold. After a brief while, Ulfat starts misbehaving with all other family members, especially with Afzal’s elder sister, Salma. Time and again, she fights with either of the family members and when Afzal tries to tackle her with logical dialogue, she goes to her parents home, followed by Afzal going to bring her back. As time passed, it brings a plethora of hatred in the heart of Ulfat for Afzal’s family and vice-versa.

Amidst the abundance of never-ending fights, Ulfat’s cousin Tamkinat comes from another city to live with Molvi Sahab’s family. She’s a teacher with the soft and empathetic heart. Azhar finds her a nice human being and falls for her. In return, she starts to like him too and asks him to talk to Molvi Sahab for her hand. All hell breaks loose as soon as Ulfat comes to know about their love affair because had Tamkinat came to the house, all family members would love her for her nature. She resists the decision both in front of Tamkinat and Afzal but out of sheer love for his brother, Afzal ends up asking Molvi Sahab for Tamkinat and he agrees. 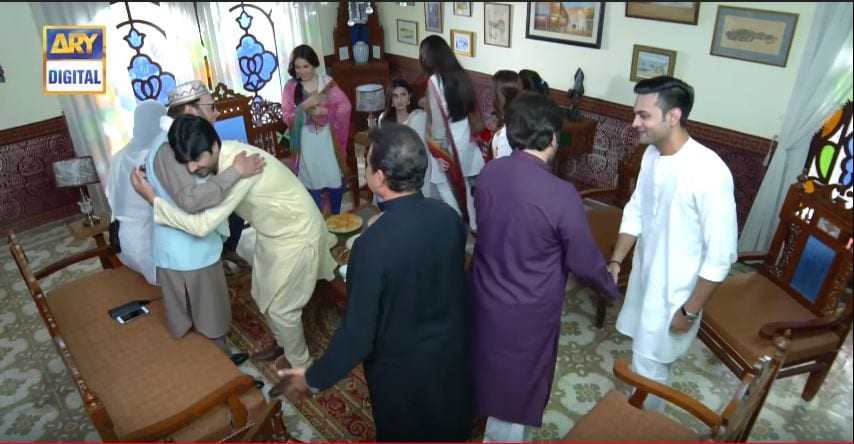 Tamkinat and Azhar get engaged but Ulfat never misses a chance to remind them of their possible separation. After some time, both lovebirds get married but even this does not stop Ulfat from spitting hatred in their lives. Ulfat is not only bitter with Tamkinat, Azhar, and Salma, she also degrades Afzal’s younger sister, Kausar for having an ordinary face and complexion but Tamkinat boosts her confidence. Ulfat comes to know that Afzal is the only one who is spending much of his wealth on Kausar’s wedding. In a response, she asks him to get him an expensive gold set and becomes stubborn on her demand. 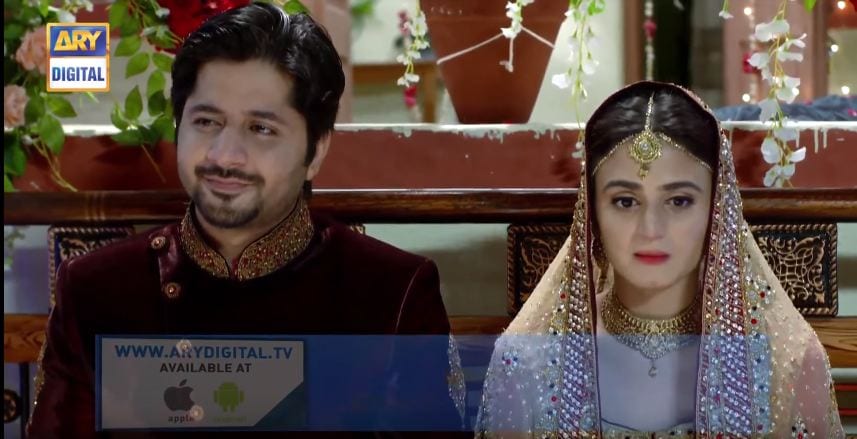 Ulfat comes to know that she is pregnant and everyone at home becomes happy about it. She transcends the basic norms and ethics while her pregnancy, fighting with every single person in her family and in Afzal’s family too. Just when it seems that things will get better now, she causes an uproar on the name of her newborn daughter. She wanted to call her something else but Afzal listens to Salma, giving her a name his sister wanted. As soon as Ulfat finds out about the origin of her daughter’s name, she starts calling the little girl with horrendous names. One day, while everyone is away, she leaves her daughter in the room to do some other work. When Afzal comes home, he finds his daughter lying down, soaked in blood. He takes her to the hospital and scolds Ulfat fiercely. As a response, she goes to her parents home, accusing her husband of domestic violence. At first, her family, including Tamkinat believes her side of the story, but when they find out about her treatment of the little child, they call Afzal righteous. Ulfat’s new motive is to get Tamkinat and Azhar separated and in order to attain this, she tells Azhar about Tamkinat’s ex-fiancé. In spite of trusting Tamkinat, Azhar gets influenced by Ulfat, subsequently fighting with his wife. His brother, Akmal tries to show him the motives of their sister-in-law and he goes to apologize from Tamkinat for the misinterpretation.

In the meantime, Ulfat realizes that she is pregnant again and she asks the doctor to abort her baby. When the doctor asks whether it is the mutual decision of the parents, she agrees but the doctor refuses to do the abortion. She goes to another doctor and she gives her a contraceptive medicine that leads to abortion and her worsening health. Afzal takes her to the hospital and to his surprise, finds out that she had aborted their child without his consent. He scolds her massively and upon her aggressive replies, he hits her and pushes her out of his home. She goes to her parents’ home and tells her side of the story again. 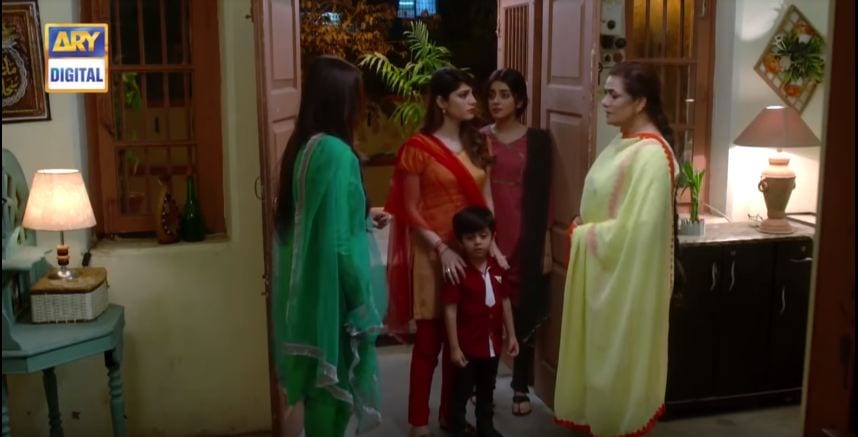 Out of agitation, Molvi Sahab comes to Afzal’s home to complain. To his astonishment, Afzal tells him everything about the abortion. He goes home, helpless and vulnerable but Ulfat asks for a divorce in retaliation. When he hears about divorce, his becomes severely ill and Azhar takes him to the hospital. The doctor says he died and it occurs as the most devastating news to his family, apart from Ulfat, who is still at home.

When the dead body arrives at home, Ulfat starts blaming Afzal for his death in front of all attendees of the funeral but he stays silent and composed. Despite ample requests from his mother-in-law, he refuses to take Ulfat with him. Ulfat calls him and asks him for a divorce but he declines. She then goes to his office and creates a fuss, asking for the divorce in front of his employees. Out of frustration, Afzal gives her a divorce amid all eyes looking at him and his brothers with a lot of questions. As soon as Ulfat gets home, Azhar calls Tamkinat, telling her about the divorce. Just when the entire family weeps, Ulfat’s younger sister’s mother-in-laws-to-be comes with the engagement ring and says that she “can’t let her son marry a girl whose sister has taken a divorce.” Farhat comes to complain but gets slapped by Ulfat instead. Ulfat’s mother and Tamkinat go to Afzal’s house to beg forgiveness but out of hypertension, he asks Azhar to turn them down.

This story of ignorance, ego, and revenge sheds light on how a person could end up being alone because of extensive selfishness. What do you think will be the fate of Ulfat and do you think Afzal will be fine without her? Have your say in the comments’ section below.

Namak Paray | A clash of mom and spouse!