Meri beti is one of the top most favorite drama of viewers because of its plot. This episode is touchy full of emotions and feelings.  Iraj who was against Samina Pierzada and Saba did not care about their feelings and emotions before and always ready for combating is now tender heart in the episode after the sad demise of Samina Pirzada. She is supporting Saba and treating her in a spectacular way BUT the question arises here that what if she did all this in the presences of Samina Pirzada as she hurt her a lot. Words play vital role in our life, once the words left your mouth you won’t take them back you can only regret on it that’s why there is an old saying Think before you speak. Iraj has not left any fraction when Samina Pirzada was alive.

Iraj’s sister-in-law is playing great role. She is always with Iraj in her hard times. I like her role. Asad called Iraj for the condolence of her mother Iraj replied in a great way that he is the only person who give pain to all the relations which are associated with Iraj. All the relations got badly affected due to Asad. I agree with your statement Iraj. 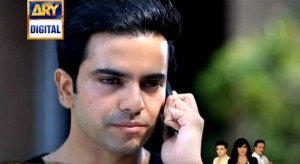 The most emotional and best scene was birthday of Ami. I laughed at this and was surprised that this bumbastring birthday reunites Iraj and Saba. The way Iraj and Saba sung Happy Birthday dear Ami, Happy Birthday to you.. Both of them were weeping and here comes adorable baby Dowaa she was also weeping. Sajjad Ali well sang song Royya na yeh dil , beeti howi baatoo per royaa na yeh dil. 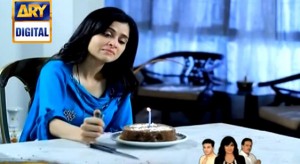 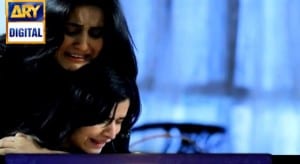 I think that Saba is very confused, before she hides the truth that Iraj is her daughter because she does not want to lose Faisal, Rida and Ali due to which Iraj suffers a lot but now she is saying that I want to win you Iraj. Saba is playing Win Win game in a serial.

It is better to be told a hurtful truth than to be told a comforting lie. In the end, the truth will make its way out and will hurt much more than it ever had to.

Saba will win whom?