Aap Ke Liye – Are Washma And Shaheer falling In Love?

The giggly and fun loving Washma is getting along very well with her husband, the two are just the ideal couple who are like best friends.

On the other hand Shaheer’s sister is worried that this girl will ruin her life and be the cause of her countless problems, she wanted Washma to go back to work, but that’s not happening as Shaheer has refused her to do so.

The cutest thing for a couple is when they do everything together, praying together probably won’t be that big of a deal but Washma and Shaheer did that, which is beyond adorable!

The shows moves forward when Shaheer has a chat with his younger sister where he tells her that Washma really is a nice girl, however she disagrees and tells him off. The sad part is that Washma overhears the entire conversation and it’s no doubt that she’s broken and that’s when she reminisces how she was unfair with her sister in law. 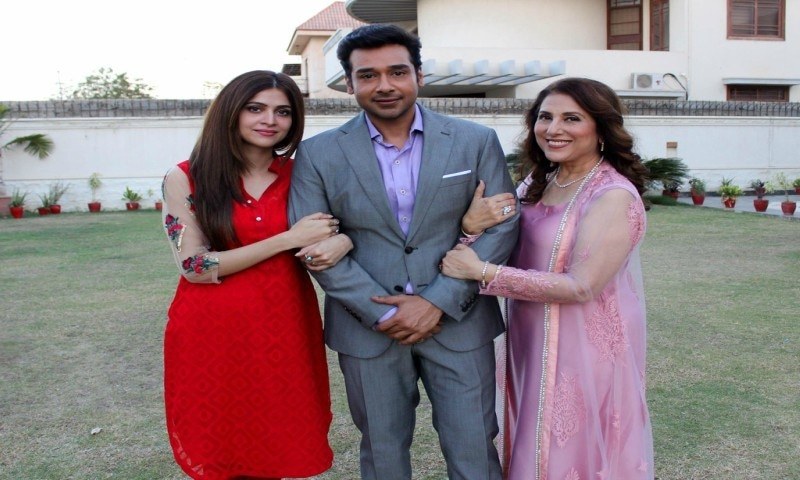 Washma confesses to her sister in law that how her own brother’s love was divided when she came into the family, both talk things out and bond well. They also talk about how Shaeer’s ex wife has sent a pendant to Washma which really ticks her sister in law off. According to Washma’s sister in law Shaheer still has feelings for his ex wife.

Shaheer’s ex wife clearly misses him and we see how she sobs and thinks about all the memories that have left a strong trail to her heart.

Washma tells her brother not to have any kind of expectations from Shaheer as he has a very unique personality. On the lunch table Washma (as bubbly she is) becomes the source of entertainment for them all and they all get along fine.

Washma later thanks Shaheer that he spared some time for her family and came over for lunch, the two share a moment but he still lets her know that she shouldn’t expect him to show up at every lunch as he’s a workaholic.

Do you think Shaheer’s elder sister will continue with her plot? Will Shaheer’s younger sister ever accept Washma? How will Washma ever survive in this whole new world! Find out all the answers, watch the next episode of Aap Ke Liye only on ARY Digital tonight!

Tum Milay – Will Ibrahim Succeed In His Evil Plot?