‘Akhri Station’ is a short-series based on real-life stories, it dwells upon the tumors like forced prostitution, displacement, depression, domestic violence, etc. The series aims to highlight the issues in order to exhibit strength of women.

In the second episode of the series, after Yasmin’s story, all the women stayed in the train compartment, depressed and worried after hearing the atrocities faced By Yasmin. The mood, however, took a shift when other women and a transgender sitting in the same compartment, started singing. Gulmeena started crying and the scene shifted to a motorway near a village where a family was seen sitting on the roadside waiting for a vehicle. 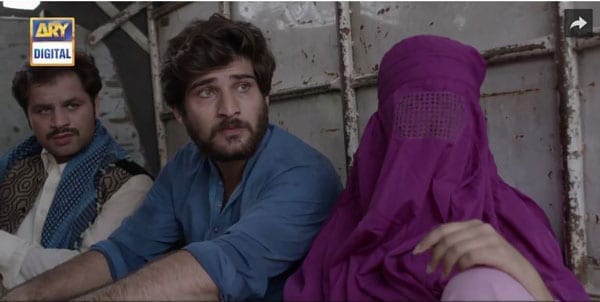 Gulmeena asked Yousuf, her husband, “Will we come here again?” Yousuf said yes. They were taken to the army camp allocated for the IDPs. Yousuf, his brother, and father went to the male portion meanwhile Gulmeena and her mother-in-law went to the women portion. While she was laying waiting to sleep, she remembered Yousuf saying, “We’ll make him study well. So much so that he will go to America for higher studies.” He further said, “Some people are fighting in Allah’s land but hopefully, the war will finish before coming to our area.” 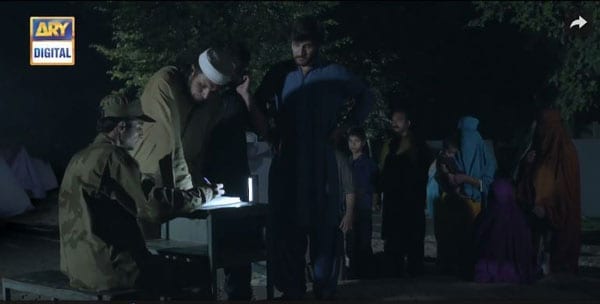 In the camp, due to the pregnancy and stress, she was in ultimate pain but her mother in law thought that she’s acting. Yousuf went to see a doctor for his wife and child but on his back, his mother emphasized on leaving Gulmeena behind and leaving without her. Yousuf found a doctor in the city and brought a horse cart in order to take Gulmeena and their son to the doctor. Her condition got worse and they decided to stay at the residence of the horse cart driver. A baby boy had been born but they didn’t name him because Gulmeena said, “Your father said he will name it. We will call this baby with a name he suggests.”

When Yousuf got up for Fajar prayers, he got out from the restroom and collapsed. In the next scene, Gulmeena was seen crying. Yusuf’s father and brother, Younis, took her to their temporary residence in the nearby village. 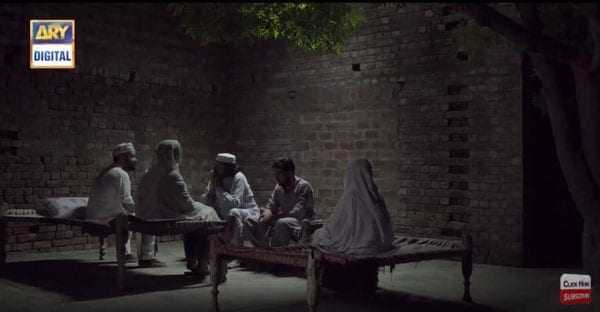 Yousuf’s mother started humiliating Gulmeena for being a curse to the whole family because according to her, Gulmeena had killed Yousuf. She even blamed Gulmeena to be a characterless woman for flirting with her other son, Younis. She asked her husband to get her married to the old man who lived next door. As soon as she got married, she was shocked to hear her husband, Zahoor Ahmed, saying that she cannot have her child in his house and her mother in law took the child home leaving Gulmeena heartbroken. 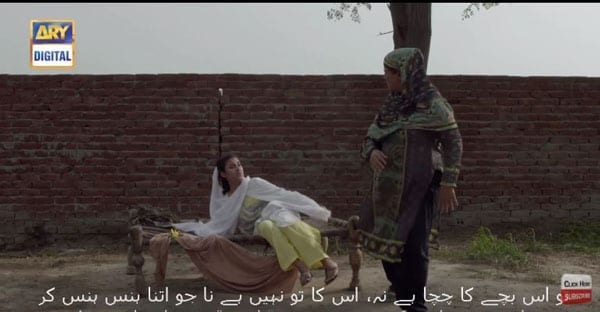 While she was making ‘rotis’ for her new husband and his children, she heard a baby cry. She thought that it was her Taimoor but her husband told her that her entire family went to live in Karachi and he went out of the house.

The music started playing and Gulmeena ran into the room. She came out with a bag and started running, followed by the heartwarming voice of the veteran actor, Tahira Syed, as she sang Amjad Islam Amjad’s poetry. 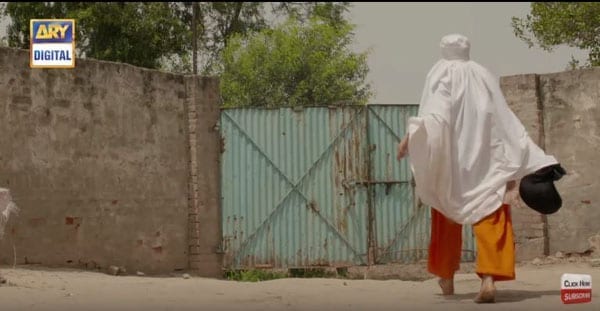 This episode pointed one of the mainstream yet a major issue, displacement. Every year, abundant of families are displaced from their homes due to terrorist activities and even floods and other natural disasters. Gulmeena’s story is an insight into the lives of countless women who have lost their families.

If you haven’t watched it yet, here you go.

Are you already waiting anxiously for the second episode? We too!

Tell us your views about the first episode in the comments’ section below.

Spectacular Hareem Farooq is all set to host PSL Inaugural.