Ali Gul Pir is back with a bang, yet again! 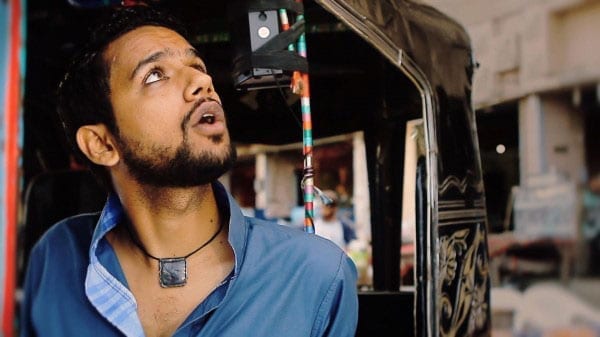 Our most beloved ‘Wadera’, Ali Gul Pir is back, and this time with another satirist song called, ‘De Maar Saaray Chaar’. This song depicts a major plague that has been rotting our country, or we can say, the world at large; the two extremes of liberals and conservatives. ‘De Maar Saaray Chaar’ delineates both the extremes rooted in our society and takes a dig at both of them for not having the capability to co-occur in a same time and space without throwing dirt on each other.

‘De Maar Saaray Chaar’ shows both parties pointing fingers to blame each other for the downfall of Pakistan. Well, we can’t tell if it will have the audacity to influence like Pir’s ‘Waderay Ka Beta’; the song that got him fame did, this song is quite apt and depicts the exact scenario of our country.

The song is based on variable levels in which both sides are portrayed equally. Phrases like “bay sharmi ka ailaan hai, ghairat per bhi mein na maroon, yeh kon sa insaaf hai?” shows the views of conservative mass for liberals and phrases like”Open minded burgers ko joota sir per maarna hai.” represent the conservative extremist, discouraging the presence of minority groups in the country.

“Gaali bak ke, Aalim ban guay” exclaimed Ali Gul Pir, in his song, bashing a certain populace who is supporting religious extremists without even thinking. Being a liberal in the second part, he said, “Chalo Chalo, D Chawk per inko jama karo” explaining what had been happening for a while. He even showed liberals threatening conservatives by saying, “Ek bomb say sab ko fana karo.”

In a stanza, he said, “Meray mulk me na hoon fandoo(conservatives), meray milk me na hoon liberals.” According to this stanza, none of the forces we find in Pakistan want the other one to exist and Ali Gul Pir doesn’t want either of them to come into power. The song has been produced in a humorous and light way so that it is not hurtful and offending to either of the parties.

Talking to ARY, Ali Gul Pir said, “It is a sensitive topic but very important. Fundamentalism is increasing at a swift pace in our country. When we see men like Saad Aziz, an IBA graduate, we panic that this approach is getting beyond our reach. Extremism is consuming our country and talking about both extremes was the key as I wanted it to be objective. The song is getting healthy feedback but liberals are a bit curious because, according to them, no liberal is into killing in Pakistan at the moment. The thing is, we notice people in posh areas, sitting in their drawing rooms, saying all conservatives should die, pretty much defines the extreme school of thought.” Pir finds himself in the middle of right wing and left wing. “It’s because stance of liberals are correct in some instances while conservatives are accurate on certain things, a balance between both perceptions is necessary.” He added. The reason he chose ‘De Maar Saaray Chaar’ was because when he was a kid, he figured out that the phrase is a synonym of ‘war before talks’ and this is pretty much what has been happening here.

What are your thoughts about this song? Tell us in the comments below.