The story of Babban Khala Ki Betiyan revolves around the lives of Babban Khala and Basharat’s six daughters: Ishrat, Musarat, Habiba, Durdana, Baby, and Bubly. Each daughter has a unique personality and has a different story that will make you laugh and cry! 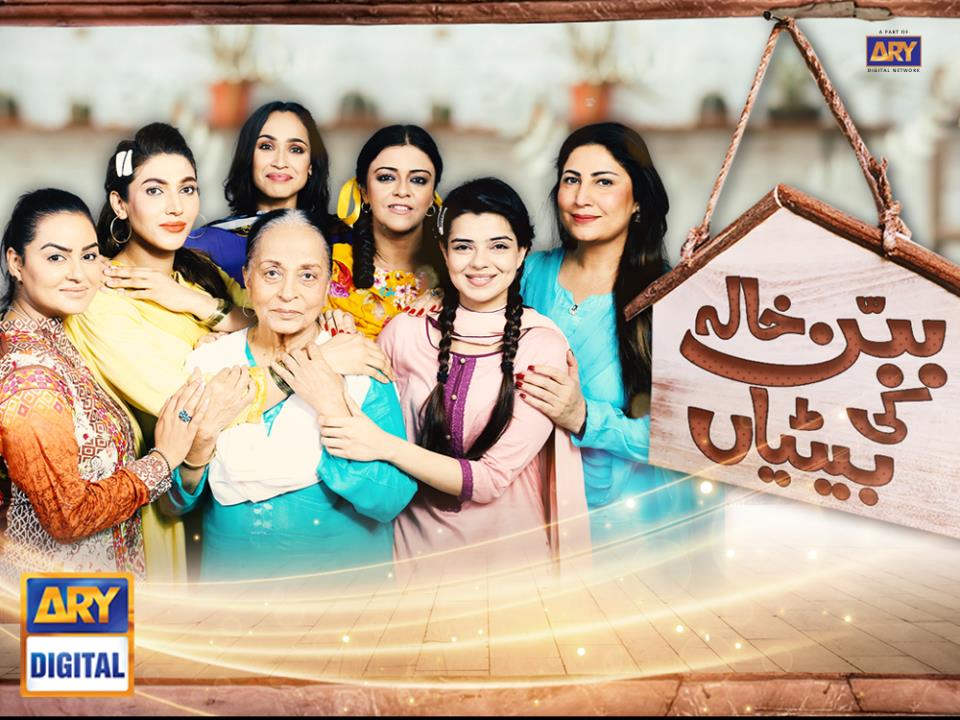 Babban Khala (Zaheen Tahira) and Basharat (Qavi Khan) who are the heads of the family have 6 daughters.

The eldest daughter is at an age where it is difficult to get proposals for marriage and it is Basharat’s wish that their eldest daughter, Ishrat gets married first.

The eldest daughter, Ishrat (Saima Noor) who is at an age where it is nearly impossible to get married and her parents are worried, searching for a perfect match for her.

Musarat (Javeria Abbasi) is the second daughter of the family and works as a school teacher while the two youngest daughters of the family, Baby (Faryal Mehmood) and Bubly (Srha Asghar) are studying in college.

The third and fourth daughter of the family is Habiba (Maria Wasti) and Durdana (Sana Fakhar). Habiba aka Billo is an aspiring doctor who after multiple failed attempts is now trying to pass the exam for the 5th time. Durdana aka Dolly is an inter-pass who has no interest in studies. The only thing she is interested in is her beauty and appearance.

Each sister might be different from the other, but they have a lot of love and bonding between them and which makes them one happy family!

Najma (Samina Nazeer) is the family’s tenant and is a very cunning woman. She has three sons: Munna (Ali Josh), Pappu (Arsalan Faisal) and Guddu (Faizan Sheikh). The eldest son Munna is a complete Casanova while the other two are different from their mother and elder brother.

The drama, Babban Khala Ki Betiyan is starting from 21st June, every Thursday at 8:00 PM, only on ARY Digital.

Five Things You Will Absolutely Love About ‘Azaadi’!

A Dream Called ‘Azaadi’ Is Here To Stay!