Bay Dardi, The Plethora Of Sorrow And Misery

The rollercoaster of emotions, Bay Dardi has just aired its 10th episode last night and if we see the transition between the first episode and last night’s episode, the world for Shafay, Bia and their families has turned legit upside down.

The drama, Bay Dardi, delineates one of the most harrowing and deadly diseases of recent times, HIV and AIDS. Bay Dardi highlights this issue in a very dramatic manner, revolving around the story of Shafay, who is an AIDS victim without knowing the fact that how it has happened to him and the transmission of this disease to his spouse, Bia.

The drama starts off with Shafay meeting Bia in a bus to their college. He lives with his friend, Rafay who has a Casanova character, in a hostel. Rohail befriends different girls for the sake of immoral relationships. Shafay, albeit being Rohail’s best friend, is a decent guy, from a wealthy family. Bia and her sister, Rabia, live with their brother and his wife. Rohail is in a relationship with Rabia but she doesn’t know that he’s cheating on her. On variable instances, Shafay asks Rohail to quit playing with the feelings of different women but he fails every time.

One day, Rabia finds out that Rohail is merely using her and he would not fulfill her desire to get married. Bia and Rabia’s brother catches Rabia red-handed, while she was talking to Rohail. He and his wife scold her real bad and as a result, she commits suicide by hanging herself from a fan.

Having seen that, Bia goes to Rohail and insults him and she along with her brother and his wife leaves the city. On another hand, Shafay is disgusted by Rohail since he has been calling such an inhumane person as his best friend. He leaves the city too, following the completion of his studies. He decides to take his family business into his own hands.

Upon their arrival in the new city, Bia and her family are so engrossed in thinking about Rabia that one day, when her brother leaves home for work, he keeps thinking about Rabia and whatever happened with her and as a result, he gets injured in an accident which causes paralysis. In order to talk to his bosses, Bia decides to go to his offices and to her surprise, finds Shafay sitting as her brother’s boss. On another hand, Shafay’s mother is searching for a secretary for her child and Bia somehow ends up in their office. 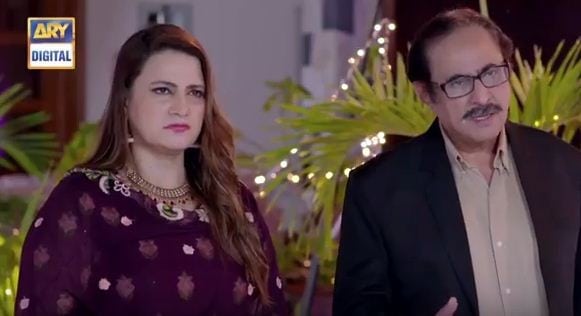 On the other hand, Shafay’s bad health raises his mother’s eyebrows and she decides to get him to a doctor. As per the reports, Shafay has become a victim of HIV positive but his mother hides this from him. His mother and his maternal uncle, Tabrez, think that he has been engrossed in indecent activities but they decide to stay calm.

In order to maintain the dignity of their family, Shafay’s mother decides to get him married to someone and the best option she could think of happens to be Bia. She informs Shafay of her choice and he agrees in the blink of an eye. In spite of consistent disapproval from Tabrez, she still gets them married in his absence. Upon his arrival, Tabrez protests and threatens his sister that he will tell everything to Bia.

Meanwhile, both these cuties are so in love with each other that they do not miss a single chance to admire each other. While they are on their way back to their home, following their Valima, Shafay’s doctor sees them and asks Shafay’s mother to meet her the next day. She tells that Bia should not get pregnant in order to avoid this deadly disease.

The couple spends a beautiful time on their Honeymoon but they shorten their trip due to Shafay’s flawed health. On their arrival, while they sit to have a meal together, Shafay divulges the symptoms his doctor has told to his mother about. Bia too runs towards the washroom and vomits out everything she eat.

While the couple sits in their room and Bia goes out to bring something for Shafay, she hears her mother-in-law cry. As she stand there, she notices them saying that Shafay is going to die. Tabrez asks her about Bia’s reports and she says that she is an HIV positive patient as well which gets Bia numb for a while. 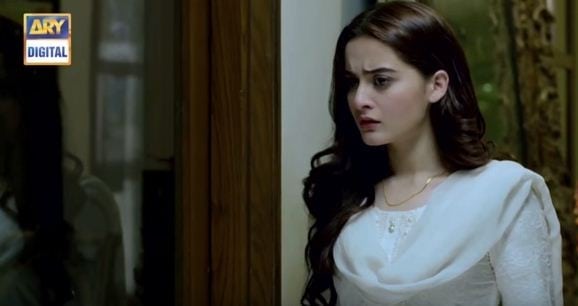 ARY Digital has taken an initiative to start an awareness campaign about HIV and AIDS via a medium which is loved, understood and celebrated by the populace within developed cities as well as villages of our country.

What are your views on this story? How do you think will the drama unfold? Tell us in the comments below.

Our Favourite Bhabi, Alizey Feroze Khan, Can Now Drive Too!

Asim Azhar Undoubtedly Has A Heart Of Gold!