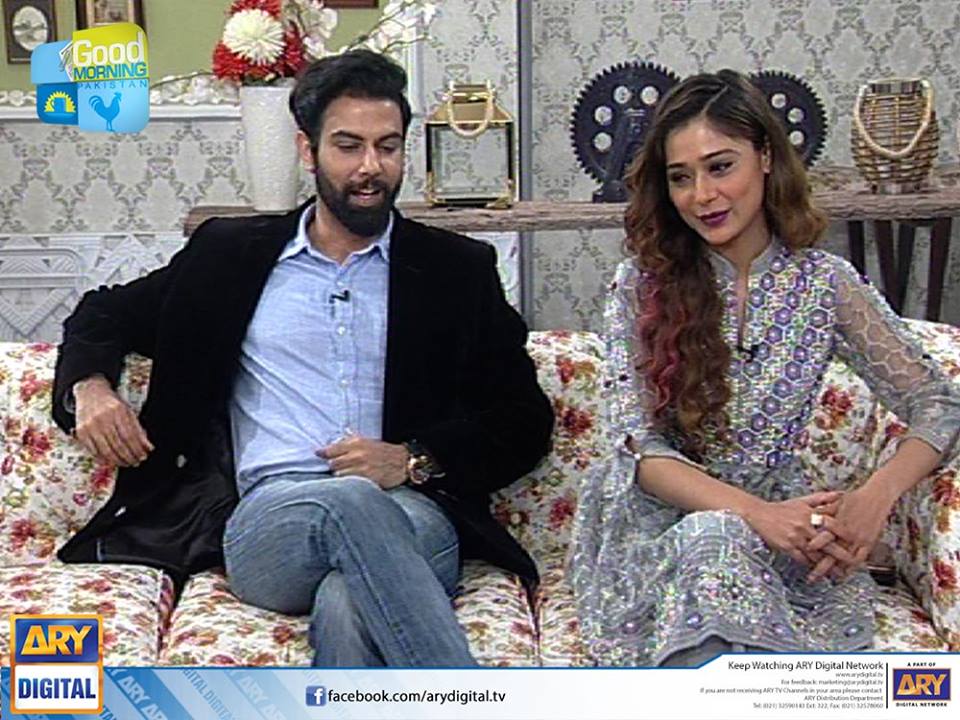 The relationships of Indo-Pak do not seem very promising compared to what they were some time ago, whether it’s about casting Fawad Khan in Ae Dil Hai Mushkil, or Mahira Khan for Raees. The neighboring country left no stones unturned to part ways with what we once had. At times sports, and other it was music. Pakistan and India walked hand in hand solely to promote unity.

Our entertainment industry is growing vastly when it comes to producing movies like Waar, Jawani Phir Nahi Aani, Janaan and Ho Mann Jahan, but guess what? The growth doesn’t limit to movies but too hit the production of TV shows.

The latest TV show Bay Khudi is about a girl who has zero feelings for her cousin and loves another man. However, the turn events causes her to become the victim of her cousin’s obsession and lust. Not like the reguler ‘phuppho ke bete se mohabbat hogai’ kind of drama.

Her last day here. It was wonderful working with you @ssarakhan. You’re one fantastic and super professional actor I’ve worked with lately. I approve of you as an actor and more importantly as my friend 😉 Best of luck! PS I’ve realised, human connection is the strongest and greatest feeling of all. Peace to all malice to none.

Bay Khudi seems like a very simple tale of love but it sure does flaunt some entirely opposite teasers and trailer. The Six Sigma Plus and Next Level production will go on air on November 17th at 9pm on ARY Digital. Don’t miss out in this new adventure.

Waada – How Will Jaana Wrap Shahab Around Her Fingers?

Bay Khudi – Who Will Fizza Marry?