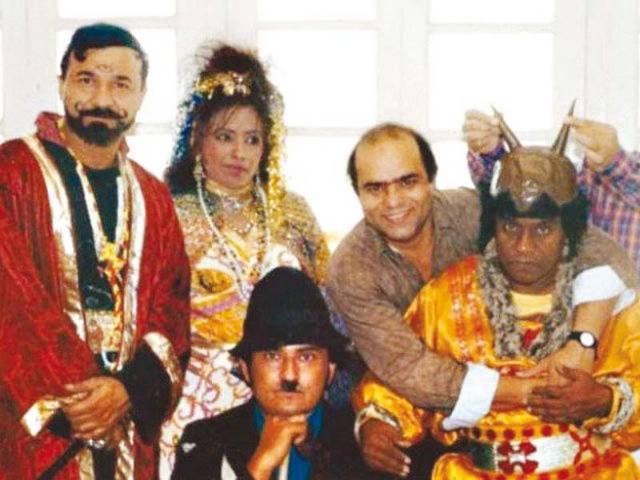 If you’ve watched the Ainak Vala Jin back in 90’s, then you must’ve had an awesome childhood. Growing up watching that show was like a treat for the young generation, characters like Charlie Mamu, Zakoota and the wise old Nastur Jinn, provided the ideal respite from the pressures of school and homework.

Amongst all the popular actor Bil Batori was admired the most, her witty dialogues and humorous performance would put us in a torrent of emotions. Sadly the popular actress is now striving to make ends meet. Nusrat Ara who’s now 65 is struggling, life took a turn for the worse once Ainak Wala Jinn ended, forcing her into unemployment and poverty.

It’s heartbreaking that once the Bil Batori who was the cause of countless laughter’s is now shedding tears. Ara stated, “Is it not cruel that after four decades of serving the Pakistani entertainment industry, I don’t have a roof over my head and the government is not even bothered about that?” Chaudhry believes that the actors need a union, a union that would provide them  a financial security. Example of Ara has provoked many to take a stand and be a support to her.  Everyone deserves to be given a protection that will be the cause of a secured future, we really hope Vasay’s voice is heard and implemented upon.

10 Winter outfits that you want to steal from Pakistani celebs

Khuda Mera Bhi Hai – Will Mahi and Mikael end up together?