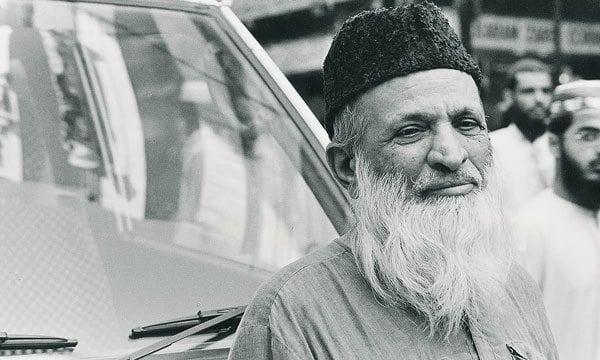 The renowned social welfare worker and philanthropist, Abdul Sattar Edhi owned Fifteen international awards and twelve national awards for his extensive work for humanity across the world. From Hurricane Katrina to the famine in Ethiopia, Edhi was known as the angel of mercy worldwide. He never let culture or religion come in his way while helping human beings of any race, color, caste or religion. A guardian or father of 20,000 children, Edhi, was claimed as ‘the world’s greatest living humanitarian’ by the Huffington Post.

A British social worker, Daniel Swan drew Edhi’s mural in the famous Trafalgar’s Square in London. Swan was shaken by the ample amount of humanitarian work done by Edhi for the entire humankind.

Danial Sawn, a london based artist paid homage to #AbdulSattarEdhi by drawing a huge mural of him in the centre of London's Trafalgar Square. ???????? pic.twitter.com/5t4dGBWuwI

Daniel Swan used to earn quite a lot, so much so that he traveled the whole world while he was young. He settled in the United States of America, but soon he gave up his luxurious life in order to help the poverty-stricken populace. 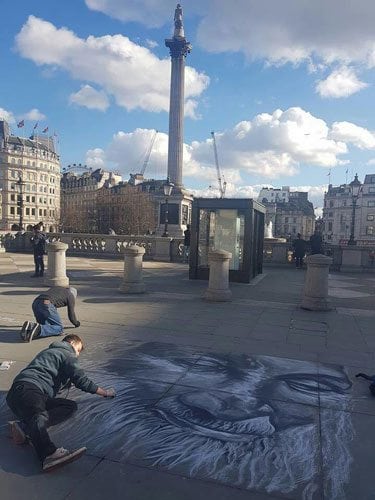 Swan is the creator of a humanitarian organization entitled, ‘Problems Of Perception’. “I want to help everyone to live from the truth. To seek and find the infinite well that lives inside of them, and to realize how rich they were made from birth. The Universe is a gift.” He has said on his official website. Swan also wishes to initiate a shelter for homeless people residing in the United States just like humanitarian Abdul Sattar Edhi has done.

We, at ARY, wish Daniel Swan well for his philanthropic goals.