The general elections of Pakistan are just around the corner and ample people are coming forward to support their favorite political parties blatantly with a hashtag, #NikloPakistanKiKhatir. Monday, 23rd June, has marked the last day of election campaigns but the amount of enthusiasm in the hearts of all the followers is truly unwavering.

The interim government of Pakistan has announced a public holiday in every province so that a huge populace could go to respective polling stations to cast their votes for the political candidates and parties who, according to them, can take Pakistan out of debts ensuring health and education for every inhabitant of the country.

In order to motivate and encourage the people to vote, abundant Pakistani celebrities have taken to their social media accounts, asking their fans and followers to vote for their favorite candidates because that’s what really matters, for the next five years, incorporating 1825 days of cold winters, scorching summers, and parched autumns.

We have reached out to the veteran actress, Maria Wasti, to take her views regarding the highly anticipated elections of the country. She says that the vote is our right and responsibility at the same time. She further went on to ask people to get out of their homes to vote for Pakistan.

The evergreen, Humayun Saeed has also come forward to encourage his fans to vote, for the vote is our strength. He asks his followers to understand that our vote can transform the fate of our country.

The man behind Junoon’s super successful upbeat tunes, Salman Ahmed, has asked people watching his video to get out of their comfort zones and vote because Pakistan is totally worth it.

Having the magical voice box, Farhan Saeed requests his fellow celebrities to stop taking the future of Pakistan for granted. He points out the celebs who have traveled to Toronto for an award show, calling it ‘heart-breaking’.

All the people from my fraternity & otherwise travelling abroad at such a crucial time is so heart-breaking . Please let’s not take our country’s future for granted. #Elections2018 #PakistanElections

The well-celebrated sports journalist, Zainab Abbas has also tweeted to motivate the Pakistani populace to bear a bit of heat to vote, in lieu of sitting behind our television screens.

Pakistan,political differences aside do come out and vote tomorrow,a day that can change the fate of a country,so while we sit behind our screens and give opinions on social & electronic media,stand in the queues,bare the heat,but do come out to vote! #ElectionDay2018

Our favorite character from the well-praised, Khasara, the dapper, Junaid Khan calls the election day as the ultimate judgment day. He says, “It is our responsibility to comprehend the manifestos of each political party carefully because the candidates are human beings too and we can expect them to bring a government that is slightly different from what they’ve promised us to bring. We need to learn the ideologies of political parties, their history, and mottos in order to make a wise decision.”

The ultimate Fakhr of Pakistan, Fakhr-e-Alam, in spite of not being in the country, asks his countrymen to use their right to vote wisely.

I believe campaigning is over in Pakistan. I have a lot of friends running in these elections on various party tickets. They are all good people. I wish them all the best. Unfortunately I will not be in Pakistan to vote but those of you who are there please use your vote wisely.

The immensely talented, Ali Gul Pir has also sent a message to all his fans and followers, asking them to get out of their homes to vote because, a person will only qualify to talk about the state affairs if he/she has voted. Have a look at what he has to say.

The maestro, Adnan Siddiqui has asked his countrymen to think multiple times before voting because it is a matter of the next five years. The dapper, Hamza Ali Abbasi also asks the spectators to bring the right person in the Prime Minister House to sustain the ongoing wave of accountability of the political big guns of our country. The suave, Noor Hassan has also requested people to vote because the fate of this country is in their hands. He went on to say, “We need Pakistan, but Pakistan needs us to vote for its brighter future at the moment.” 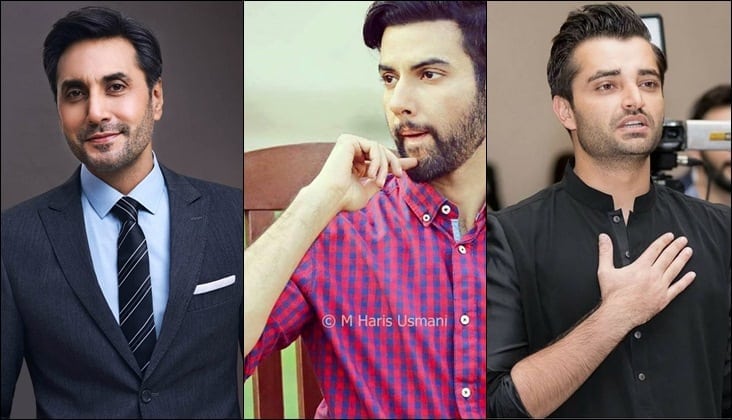 On this occasion, the young sensation of Pakistan, the super talented, Ayaz Samoo has also recorded a message for the entire Pakistani populace, to cast their vote responsibly because their vote will select the future of Pakistan.

The undisputed, Rawalpindi Express, Shoaib Akhtar has also taken it to his Twitter to ask his followers to vote and to avoid wasting it.

Tomorrow is an important day please do go out and vote.Your vote will decide the future of the country hence please don't waste it.#ElectionPakistan2018 #VoteForPakistan #PakistanKoVoteDo pic.twitter.com/F2PKbCFsut

Everybody’s favorite, Shahid Afridi says, “My sincere wish is that we get a leader who works in the interest of this country and its people, who will take his people into confidence and would trust them.” He went on to pray for the future of our beloved country.

My sincere wish is that we get a leader who works in the interest of this country and its people, who will take his people into confidence and would trust them. All the best for #GE2018 as #PakistanVotes tomorrow. Whoever comes into Power, May that be the best for our country.

Yasir Nawaz and our favorite morning show host, Nida Yasir have posted this video on their Instagram accounts, telling people about the significance of vote.

The General Elections 2018 are about to take place across the country in less than a day and we are already super-excited to use the power of our vote to transform the fate of our country.

What are your views on this story? Have your say in the comments’ section below.

In Photos: Celebrities Vote For A Better And Prosper Pakistan