Shakk episode 24 has taken 180-degree turn. Ehtesham who was loving, caring, responsible, accountable and could be able to differentiate between black and white is now completely turned into stubborn kind of man. He has lost his mind due to doubt (SHAKK). He does not learn any lesson from his past bunch of mistakes. Before Ehtesham was ready to divorce Sehrish But now he is treating her in delightful manner even though he knows this pretty well that Sehrish is not expecting.  Sehrish confesses the reality that she is not expecting But I must say here that she and her mother-in-law had made incredible plan in order to get Ehtesham back. Sehrish is doing a great job of fighting her own battle. Its creating SHAKK in Sanai’s mind. I wonder what will happen, when Ehtesham comes to know about fictitious pregnancy news. 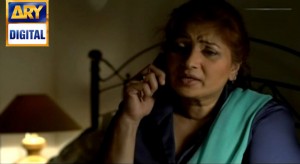 An unexpected call from Sania’s mother after a long time was a bit shocking. Sania’s mother knew about the marriage, that was highly astonishing scene for viewers. I am tremendously shocked that why her mother has allowed her to marry with her Ex-Finance. Sania’s mother negative role is extremely shocking and unpredictable. Anyways, the whole baby shower scene was interesting and ridiculous at the same time. Some random guests were invited in baby shower. Three girls dancing in circle was bit fascinating and comic too. Three middle aged aunties were teasing Ehtesham was ridiculous, that he newly-wed with Sehrish but bitter truth is that he is newly-wed with Sania and none of any guest  who were invited in baby shower is aware of this shocking news that he has two wives under one roof. 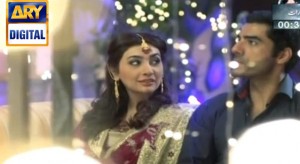 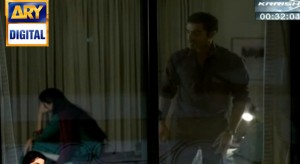 Ehtesham becomes marionette in the hands of Sania , Sehrish and Ami. Helpless Ehtesham, Sania must move to Australia with Roomi so, that Ehtesham and Sehrish live happily as Sehrish is Ehtesham’s first partner and she loves him madly.

Finally, the truth has been revealed