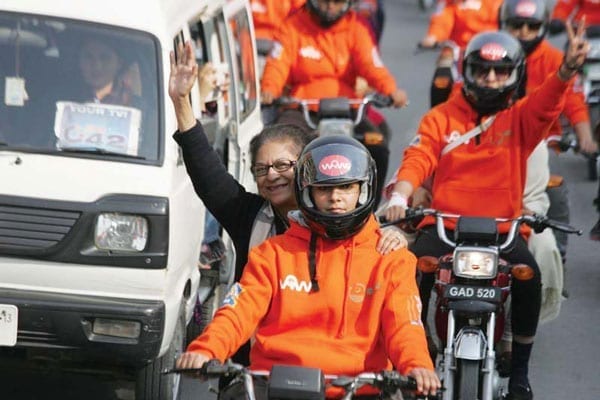 Renowned lawyer and Human Rights activist suffered a cardiac arrest and subsequent death on Sunday morning. 66 years of age, Asma Jahangir was a prominent personality known for her blunt views and fearless activism. She raised voice for democracy, minority rights, and women empowerment. People across the world are sad on her demise.

Pakistani actors exhibit their grief on her demise.

RIP brave lady #AsmaJahangir. One thing I like about her whatever she believes she always expressed her views without any fear.

Sad sad day for Pakistan.. we say goodbye to a great great artist and a fearless activist. They shall live on through their work, always. #QaziWajid #AsmaJahangir pic.twitter.com/RLWZzR7aK2

“A saviour of democracy and human rights passes away today” Anyone who values their freedom will understand what a massive loss it is that we have incurred today. #RIPAsmaJahangir 🙁 pic.twitter.com/vrxOQXoKRW

Shocking to hear about the passing of this brave woman. Her honesty and sincerity to her cause remains an inspiration for our generation. Was always so full of life. We will miss you ma’am. @Asma_Jahangir pic.twitter.com/gGqEJuAexv

SADDEST DAY
Shocked and deeply saddened to hear of human rights activist #AsmaJahangir’s and renowned television artist #QaziWajid Sahab’s sudden death. May they both rest in eternal peace. Ameen.
They both have done so much for Pakistan. Pakistan loves you too.

It’s a sad day today. We have lost two icons. May their souls rest in peace pic.twitter.com/CQcl6evQSe

Am saddened by the demise of 2 important Pakistani icons , #AsmaJahangir and #QaziWajid.May their souls rest in peace!

Well-known for her struggle, deceased got Bollywood personalities into tears as well.

A champion of human rights, fearless in her pursuit of democracy & freedom from oppression.. Such a huge loss for Pakistan & the many women she inspired from all walks of life!! RIP #AsmaJahangir ????????

Deeply shocked & saddened to hear of #AsmaJahangir. She was a true defender of #HumanRights #Democracy & fought till her last breath against authoritarian power, orthodoxy & discriminatn. She was & will remain an inspiration A huge loss. Condolences to all whose lives she touched pic.twitter.com/FtR6HnFbIf

Just heard the devastating news that #Asma Jehangir passed away.She was a friend for who’s values integrity and courage I have the deepest respect. Pakistan has lost its most fearless crusader and the human rights movement its tallest leader. Our deepest condolences to the family

Asma Jahangir , undoubtedly the bravest and the most resilient fighter for human rights who had the courage to face the wrath of the dictators and the fury of the fundamentalist Mulla has passed away . It is the loss of the whole Sub continent .

An extraordinary woman who fought for ordinary people. Asmaji had the audacity and the courage to fight for a fairer world. Thank you for touching our lives. ???????????? pic.twitter.com/wML94XmtcI

The nation is sad about her death. She was one of the strongest human beings Pakistan ever had. 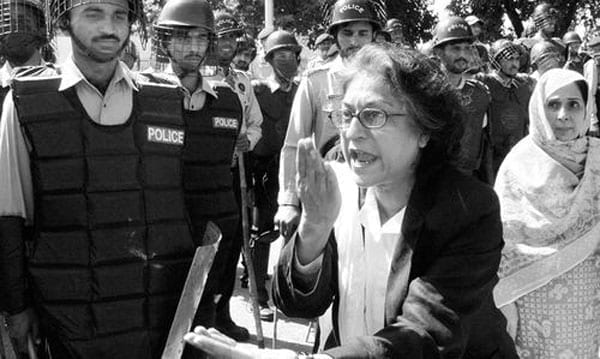 Want to add something to the story? Comment below.