The Dynamics of Kalashi People

We remember “Goray Rang Ka Zamana” by Vital Signs and were truly fascinated by the culture of Kalash when it was displayed on TV and everyone of us used to get inspired by the uniqueness of the culture and beauty, no doubt they are worthy to be adore. So there was this feeling approaching through gut that tells us to visit this amazing land and witness these beautiful creatures of God , situated in the northern areas of Pakistan, they are called as Indo-Aryan Dardic indigenous people residing in beautiful valley of Chitral. This unique nation with the peculiar cultural  themes have amazed our eyes from ages. Kalash mythologies and their traditions are compared to ancient Greece, their fancy festivals to say offer thanks for the abundant resources are one of its own kind. The enriched land with loads of natural resources and  magnificent beauty  embraces the reality of the existence of God. The people of Chitral apparently adopted the name of the former Kafiristan Kalasha  and were known after some interval of time as Chitral.  The language of the Kalash people are the sub group of the of Chitral and are also classified as the member, however the other member of the group considers the Kalasha as a separate independent language. 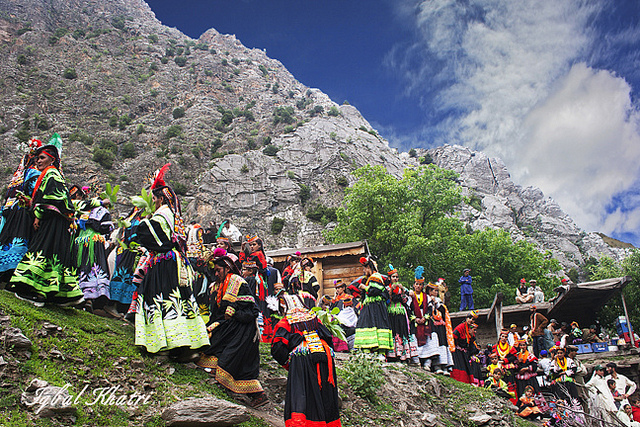 The glorious trends and fashion embraced by the women of Kalasha is usually their long black robes with loads of jewels and cowrie shells and coloured beads on a hand woven woolen head pieces and neckpieces which they sell for the tourists. There are three main festivals of Kalash The Joshi festival in May , The Uchau in autumn and The Caumus in midwinter , the festivals involves music and traditional dance and sacrifice of goats and lambs. During winters the Kalasha people arrange a tournament of Chikk Gal (ball game) in which the locals are invited and compete against each other. 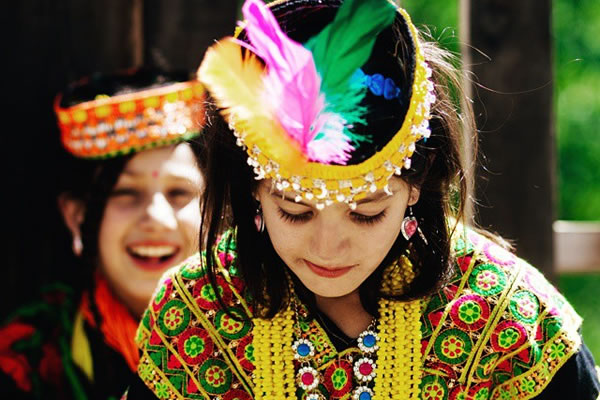 People of Kalash has  numerous deities as the valley is fill with shrines and altars and frequently engage themselves in sacrificing goats . Kalash people have different myths and deities whom they worship one of the peculiar beliefs is that there is a figure like god called ‘Indra’ plays polo often and appears where people have witnessed the figure, Kalasha people have migrated to Chitral from Central Asia in the 2nd century BC, it was ruled by Mehtar of Chitral from 18th century, the multi cultural and multi religion state of Chitral provided immense protection to the Kalasha people and made them sure that the Indo-Aryans live in peace and safety. 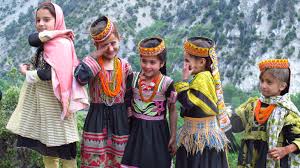 Beautiful Kalash is surrounded by 3 mountain valleys Rumber, Bumburet , and Birir with the opening towards River Kunar in southern Chitral. Some of the Kalasha people claim to be the descendants of Alexander the Great soldiers , however there are often claims to be heard that the forefathers of  Kalash are the descendants from Middle East. Another important practice by the people is their belief on astronomy. The houses are constructed of rough hewn logs , they love music and indulge themselves on the rhythm of  drums and flute , their dance basically interpret the senses of friendship and contentment . 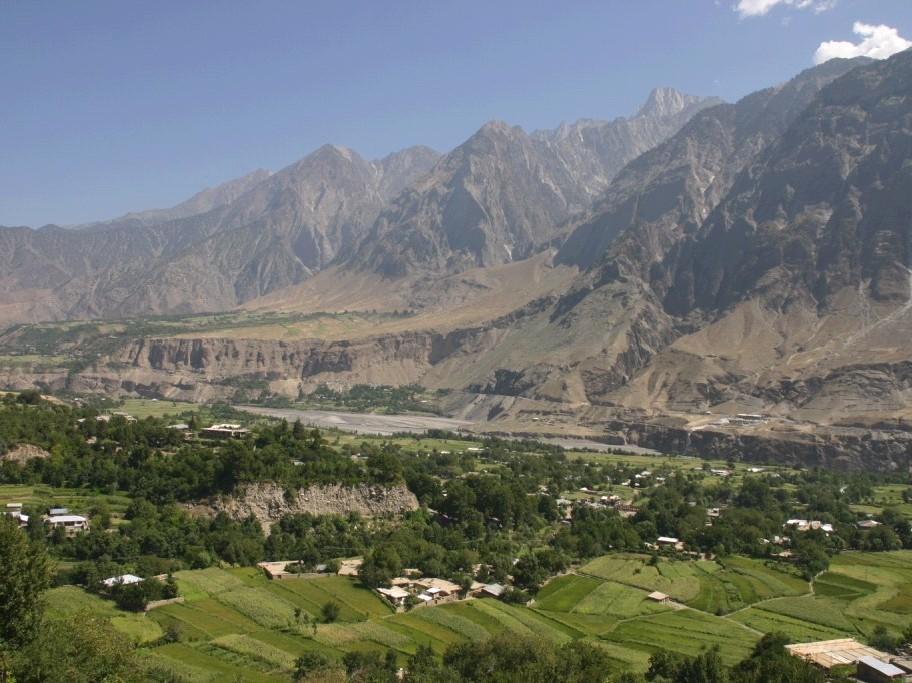 People of Kalasha basically depends on their tourism 80% as there is sight to discover and see and has a catch for every tourist , the traditional dress gowns and colourful jewelry is such a piece of art of these women of Kalasha, I may salute to their skills of such talent they bore. There is a hot spring pool called Garam Chashma which has a uniqueness of opposite temperature of water as in springs the liquid is warm , the vehicle they use are the four wheelers mostly. 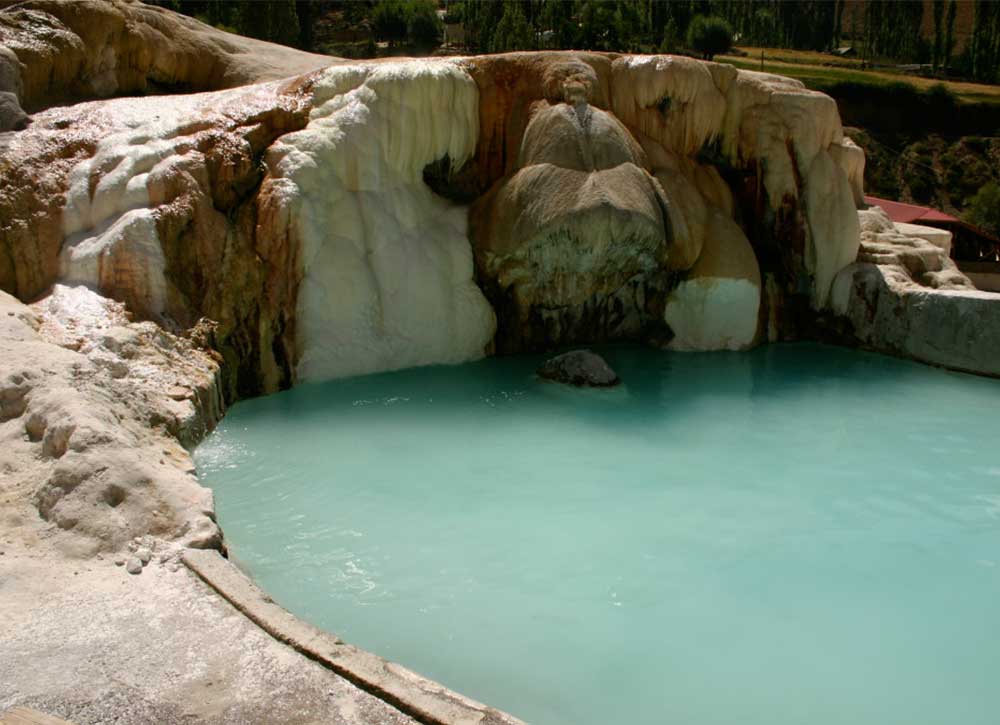 The hills are draped with flora and fauna, pines and deodars. the valley is enriched with apples , pears , grapes and pomegranates and has immense healthy Chinar tress (Walnuts). Many snow panthers and snow wolves visit the hills for the prey  and are protected by the wildlife forest department. 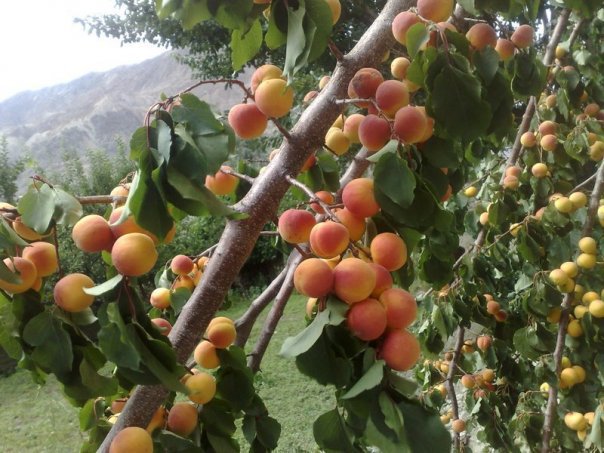 So if you are planning to visit this beautiful ancient and enriched valley you may access the area through Peshawar by 365.1/4 km (227 miles) and can reach Chitral by road., the land of precious gems illustrates its tale by the talking rivers and praising

Amazing photography by Mehreen Jabbar totally got us off the guard