I was working on an article when suddenly three tall men accompanied one medium height man dressed in red t-shirt enveloped by a dress shirt of the same color embellished with a pair of spectacles. As I turned towards him, a medley of classics like, ‘Keh dena’, ‘Mujhay dil se na bhulana’, ‘Dekha na tha kabhi’, ‘Khayal Rakhna’, swished around my brain. After formal greetings, my heart started to beat rather haphazardly because I was asked to have a little interview session with someone my dad used to tell me stories of. 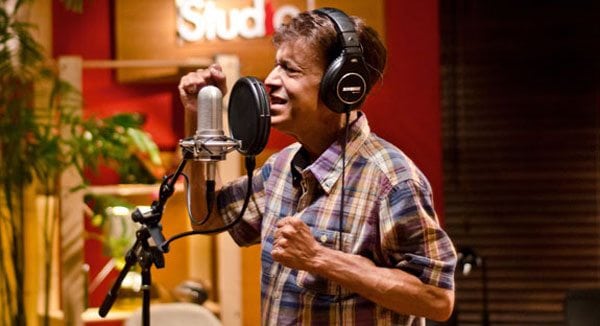 Our team went to the boardroom to set up the camera and check the lights. I filled a paper with everything I remembered my father told me about the person I was about to interview. As we double checked our frame, the legendary, Alamgir entered the room.

After a quick sharing of greetings, we asked the maestro about his health, to which he told us that he is better and all set to get his kidneys transplanted in a couple of months. Alamgir’s father was a politician and we wondered why he didn’t opt for politics but chose a profession which was alien to him at that time, “I never thought I’ll come in the industry, however, a guitar was my passion,” he said. The energetic vocalist added that Elvis Presley occurred to be his inspiration and the very first song he sang when he was just 12 was Presley’s ‘His latest flame’.

Having started singing from a cafe, ‘Globe Hotel’, in Karachi, the superstar earned fame and respect through his struggle and passion. “I thought to stay in Karachi for a small period because I intended to go to the US in order to study. But as I saw people starting to know me and inviting me to their events, I was thrilled and got confused about whether should I stay or go,” he said. He added, “When my song, ‘Dekha Na Tha’ released, it took the audience by storm. I witnessed absolute admiration, so much so that it made me realize that I was sent in the world for this.”

We didn’t know that Alamgir had said ‘goodbye’ to the industry 20 years back due to health issues and he thought he will enjoy doing few concerts in the US. ARY Awards turned out to be his return to his homeland which became a reason for him to stay amongst his people. Upon his arrival in Pakistan, he appeared after audiences in different concerts and attended variable television shows as well.

During his live session with ARY News, a fan commented, “Was bhabi supportive or was she possessive regarding your admiration among women?” Alamgir laughed off the thought saying “I was confused about how my wife would react to my female fans. But she was very understanding towards my fan following, she used to say that she was happy that women liked me because this meant that I was working sufficiently good.” He said that his better half has given him a lot of love, respect, and above all, support in all those years of fame and bad health.

We asked him about a legend he always wanted to have a collaboration with. The living legend replied that he had desired to work with Amir Zaki all his career, but due to Zaki’s constantly declining health, things couldn’t be worked out.

Taking a deep breath, he moved on with a heavy heart full of Zaki’s memories and spoke about what an inexplicable experience was The Nigaar award for him as he shared it with no other but the legend Mehdi Hasan, “Mehdi Hasan.. Getting a Nigar Award with the maestro, Mehdi Hasan was a priceless feeling. Nigar award is truly the Pakistani counterpart of Oscars.”

“Any wedding in Pakistan is incomplete unless you play an Alamgir’s number in it. Whose songs did you play in your own wedding?” A fan asked. In reply to which, he said, “I played my own compositions on my wedding. I even dedicated Elvis Presley’s song to the love of my life at our Valima reception.”

Talking about fans he said that he remembered his encounter with his fans in South Africa as an interesting one. He said that both Hindus and Muslims lived in harmony and “that was a gorgeous sight.”

He paused on a question on his perception of contemporary Pakistani music and said, “Atif Aslam is my favorite singer in today’s era. He has got something in his voice that makes his songs charming.” He further added that he likes Rahat Fateh Ali Khan too. However, according to him, the music industry “needs to pay serious concentration to Pakistan’s classical music and Ghazals” in order to keep them from wiping out. 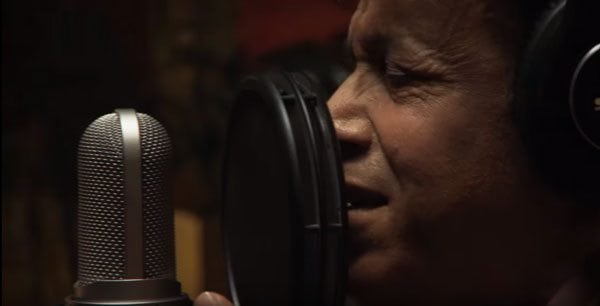 Alamgir’s biopic, ‘Albela Rahi’ is in the pipeline, in which the marvelously talented and handsome, Fawad Afzal Khan will be seen enthralling spectators with his impeccable skills. “Fawad Khan appears to be an actor who has been a singer also. Despite giving his hundred percent in acting, the hunk knows music as well. He has desired to become a singing icon, I guess, with this movie, he will be able to fulfill his desire,” says the ‘Albela Rahi’ himself.

When we asked him about his most crazy fans, he said that he had got abundant of fans but one of his fans had a collection of his songs, photographs and newspaper clippings which even he had no idea about. He also said that he used Facebook and was absolutely amazed to see the love and affection he got from his abundant fans.

In the closing two minutes, the pop singer also desired to initiate a small documentary about his life to exhibit details about his life many people don’t know.

Give us your feedback in the comments’ section below.

Jimmy Kimmel was back at it again!