If someone tells you that they love you more than pizza, marry them! “For better or for worse, till death do us apart.” To be honest this is the purest way of showing how much one cares for another. Letting each other know that while they live, they’ll be together.There are couples who tied knot not so long ago and we decided to show you some of their wedding pictures, we promise you’ll love them. 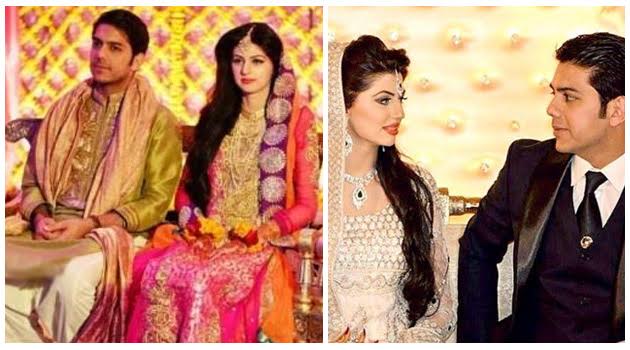 The ex Jal band’s lead vocalist wedded the model Anum in 2014, the two are happily married and honestly they are one gorgeous couple! A plus? Who wouldn’t want a husband who would serenade his wife? Like please sing some jal pari for me! 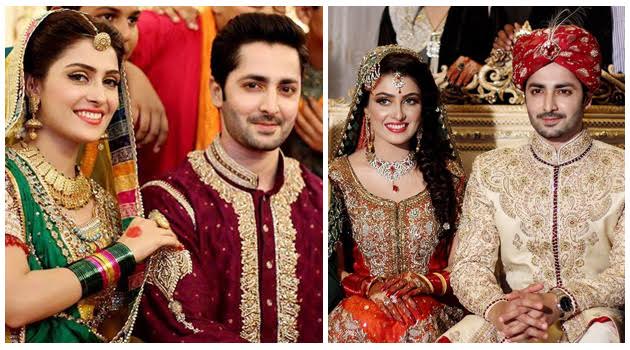 The two dated on and off for six years, and they met on the sets of a show. The happy couple now has a daughter Hoorain – whose the apple of their eye. We wish them both the best for the life ahead! These two cuties met about ten years ago when Sarwat was an arts student at Indus valley and Fahad was in Dow Medical College. Both tied the knot in 2014 and they are head over heels in love with each other. They are now blessed with a son. But it’s odd how perfect Sarwat looks even after she gave birth. Model and VJ turned actress Sanam got hitched to her childhood friend Farhan Hassan in 2015 – who is a banker from Karachi. The two look stunning together and we obviously wish them all the happiness. 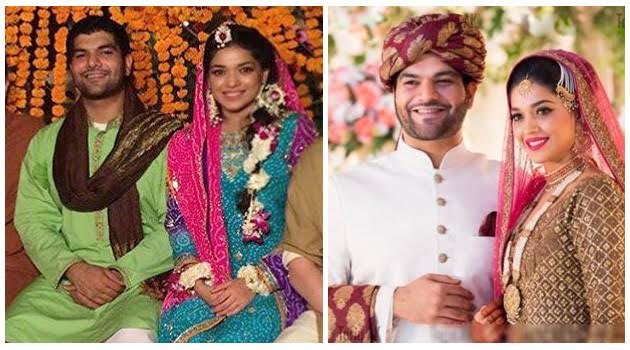 VJ turned actress has the most adorable looks. These two got hitched last year in January her husband is Certified Flight Instructor at Alpha Tango Flying Services in San Antonio, United States.

Aap Ke Liye – Are Washma And Shaheer falling In Love?