The happy-go-lucky Fizza is now the saddest soul

Another episode of Bay Khudi revealed that Fiza would rather die than deliver this baby, unaware of the fact that her sinner is Saad, she’s drowning in her tears – it’s obviously justified that she now hates herself. The news has left the entire family in a state of shock and Sid in an ocean of guilt. He knows that he has made the biggest blunder of his life and ruined Fiza from inside and out. Saad’s obsession for Fiza has lead to this circumstances where she wants to end her life.

However, the family believes that Fiza had a physical relationship with Asher hence, the two should tie the knot as soon as possible. The unexpected decision worries Asher’s mother and suddenly she feels something is suspicious, she is concerned about her only son and doesn’t want him to marry an insane girl. They are still unaware of Fiza’s condition and even she knows that spending the rest of her life with Asher will be unfair to him. Why should he live with an illegitimate child? 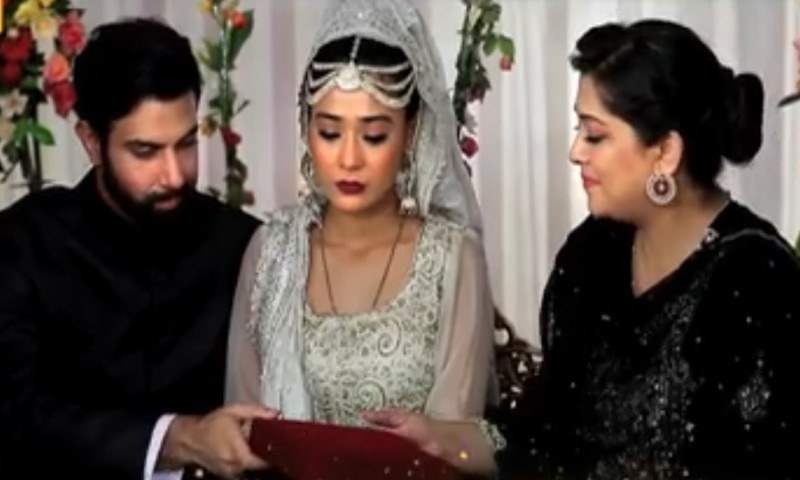 Bay Khudi has now picked up a pace and the show is finally introducing twists and turns that we all looked forward to. Fiza loves Asher to bits and from the core of her heart which means that she can’t lie to him, telling him the truth and  being honest is the only option that she is left with. The fact that Saad is right by her side makes her just a little stronger, he knows that she has done no wrong and the accusation of her mother are false.

Now that the truth is almost revealed, how will Asher react? Will Fiza ever find out the truth about what Saad did? He was the man she trusted the most and he turned out to be her source of heartache. What problems does this entire family should expect? If you wish to quench the thirst of your curiosity then watch Bay Khudi only on ARY Digital on Thursdays at 9.00 pm.