Having started her career as a VJ in ARY Musik, the bubbly Hina Altaf has never looked back ever since. Altaf garnered utmost admiration and fame with her impeccable performance in various local dramas. She has appeared in supporting roles in dramas initially but soon, because of her unmatched acting skills, she has ended up being the lead protagonist in many well-famed dramas.

Altaf maintained an image of a bubbly girl-next-door since the initiation of her career. She appeared in abundant dramas including ‘Marium Kaisay Jiye’ which gave an instant upward inclination to her popularity. With her cute personification and charming expressions, Altaf grabbed a placed in abundant television commercials as well. The cutie, Hina calls herself as a foodie and traveler and she never hesitates to share her on and off camera life shenanigans. One of the reasons she loves her job is because she is able to explore the world due to her projects.  She extensively uploads photos of her travel destinations, her friends, the food she eats and most importantly, her workout videos on Instagram, quite regularly. 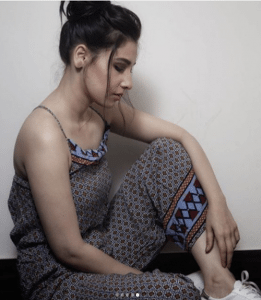 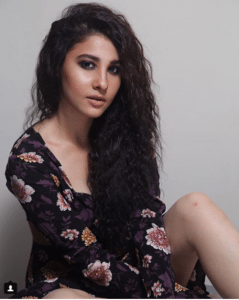 Altaf’s fans turned ‘Honor Brigade’ showered their outrageous views for the diva in the comments’ section. 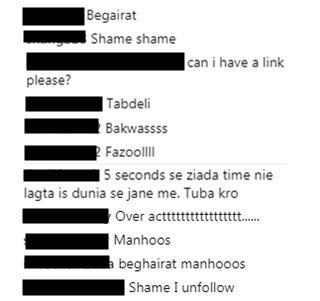 Few fans even prayed for her while others said, ‘Ameen’ to the prayers.

Meanwhile, dire fans of the adolescent starlet came to her rescue, trying to stop the excessive stone throwing with their supportive comments. 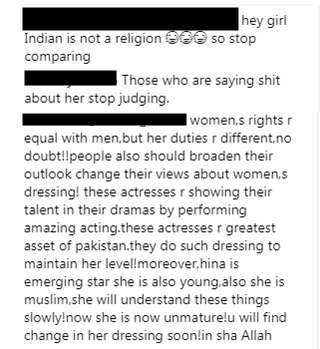 Well, we wish this overwhelming flood of hatred against the cutie comes to an end soon. More power to you girl!