Janaan – The teaser is out and it’s BEAUTIFUL! 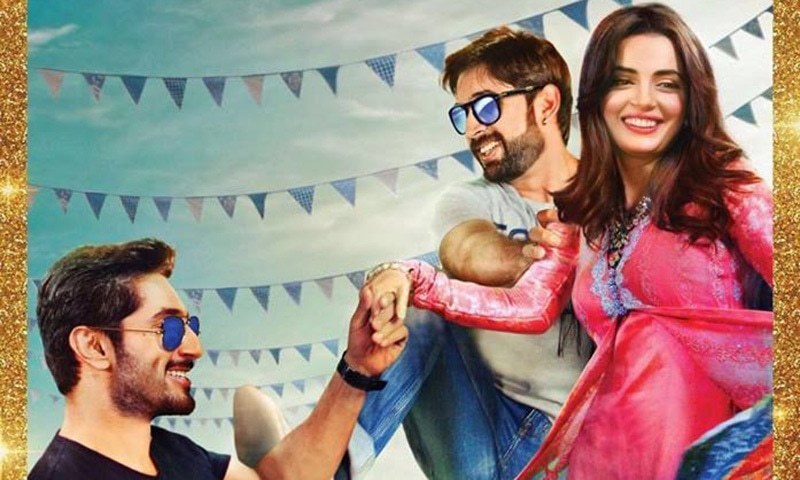 A refreshing audio and visual treat for all, from the opening scene to the end of the trailer, everything can be summed up in just one word, BEAUTIFUL!

From the looks of the trailer, Janaan looks like a great family film that will take you on a roller coaster of emotions. It’ll have you singing and dancing, laughing and crying along!

A girl running free and wild in the field, a handsome hottie walking his horse on some exotic location, and a melodious Phusto track in the background!  Yep, Armeena and Bilal’s opening scene was enough to get the viewers excited and impatient for the complete release of the film.

The scene was followed by a gorgeous Armeen spinning around in a fancy dupatta, a totally in love Bilal admiring her beauty and then looking away, and a cute “Kya aisi shakal bananay ke paise milte hain tumein? Kabhi smile bhi kar liya karo, sehat kay liyan acha hota hai!” dialog! The beauty of the relationship they share on screen is the kind that makes one automatically go all ‘awww’!

But oh wait! What relationship do they share? There’s another guy, there’s Ali Rehman Khan, there’s an engagement ring, there’s screaming, there’s heartbreak, there’s a fight scene,  there is turning around and going different directions AND there is a graveyard scene also!

Too much happening  and there is so little that the teaser gives away!

The film is set to release on Eid ul Adha , September 13th, 2016 and we just cannot wait. Could we have asked for a better EIDI? Mark your calendars and save the date for this beautiful film!

Anabiya – The Insecurities And Struggle Continue!