Kaisa Hai Naseeban — A story of suffering in loneliness

Every parent wants their daughter to get married abroad, often ignoring the necessary investigation of the groom and his family. Kaisa Hai Naseeban depicts the harsh reality of marriages abroad without a proper background check.

Marium, played by the gorgeous Ramsha Khan, is a sweet and innocent girl who thinks that she is the luckiest girl when she gets the proposal of her cousin, Ahmed who lives in Malaysia. 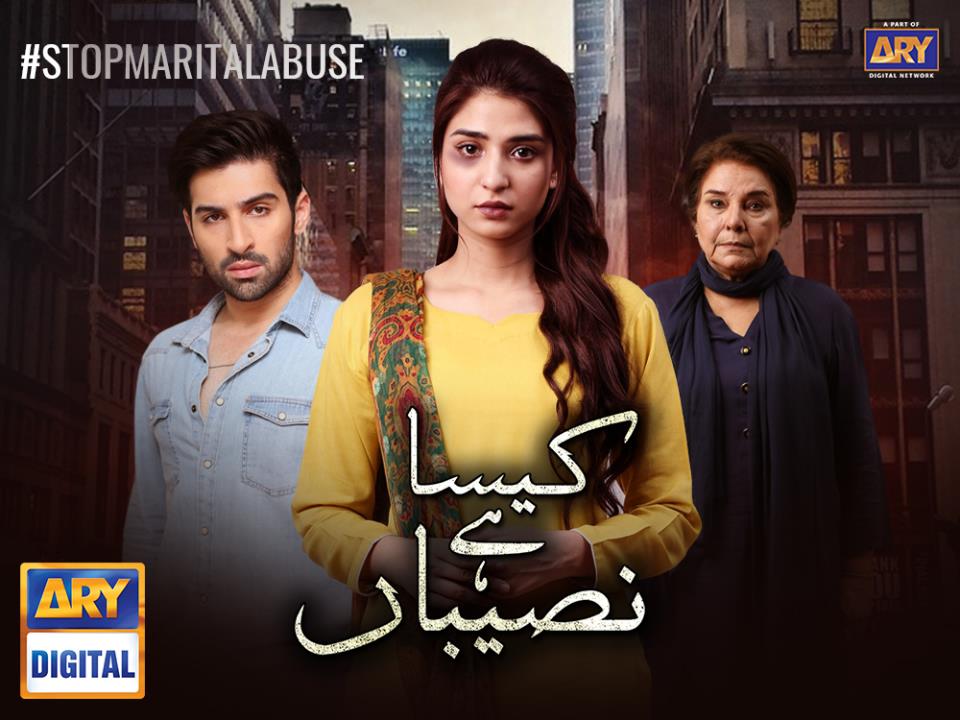 Musarrat, played by the veteran actress, Uzma Gillani is the paternal aunt of Marium. She pretends to be well off in front of her relatives in Pakistan.

Ahmed, played by the heartthrob, Muneeb Butt is the spoiled and selfish son of Musarrat. He has no interest in working to earn bread and butter for the family.

Sana, played by the beautiful Shehzeen Rahat is the daughter of Musarrat. She has the same headstrong and self-centered personality like her brother.

The three of them show their true face to Marium after marriage as soon as they get to Malaysia.

Marium keeps quiet and does not tell her parents the truth because of getting emotionally blackmailed by Musarrat.

Ahmed is a highly insecure man and an abusive husband. He keeps a strong check on Marium at all times and hits her frequently.

Anumta Qureshi as Farah is the younger sister of Marium. The two sisters are very close to each other.

Waseem Abbas as Jamal is the father of Marium and Farah. He loves both his daughters a lot.

Farah Shah as Soofia is the maternal aunt of Marium. Marium’s marriage was previously fixed with her son, Affan, played by Agha Mustafa. Affan later gets married to Farah, Marium’s younger sister.

This potpourri of injustice, domestic wrongdoings, and regrets entitled Kaisa Hai Naseeban is starting from Wednesday, 9th January, at 8:00 – 10:00 pm, only on ARY Digital.