77 different sessions from welcome speeches to Quwwalis took place in the span of three days. KLF started from 5:30 with the welcome speeches of Ameena Saiyid, Asif Farrukhi, and Adrian Mellor followed by speeches from the sponsors.

The first day of the show kicked off with ‘Aik Hi Shakhs Tha Jehan May Kia’. A tribute was paid to the legendry Jaun Elia and his work by, Shakeel Adilzada, Aqeel Abbas Jafri, Muhammad Ahmed Shah, Saif Mahmood meanwhile the session was moderated by Peerzada Salman. 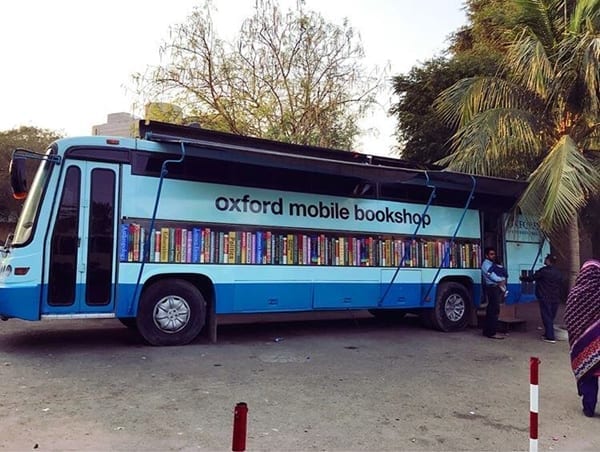 Renowned educationalist, Baela Raza Jamil moderated a mandatory discussion on ‘Universities or Nurseries of Terrorism?’ with speakers; Wasif Rizvi, Muhammad Ali Shaikh, Talib Karim, Mehtab S. Karim, and Farrukh Iqbal. Some of the panelists emphasized that, despite the recent involvement of university students in terrorist activities, universities are not to be blamed. “Radicalisation has been taking place but it has not reached a point to call it a nursery of terrorism.” Said Muhammed Ali Shaikh, Vice-Chancellor, Sindh Madressatul Islam University. He also blamed lack of diversity in the universities as a cause of intolerance. He gave an example of Mardan, saying it is nearly impossible to find a student belonging to Karachi in that varsity. Habib University’s president Wasif Rizvi said, “The problem started with Ayub Khan and his ill-fated decree in which he said that in Pakistan universities will be either be of medical or engineering.” He added that the reason of extreme perception dwells with the choice of discipline students opt for. Political studies and social sciences should be taught to students from all disciplines. 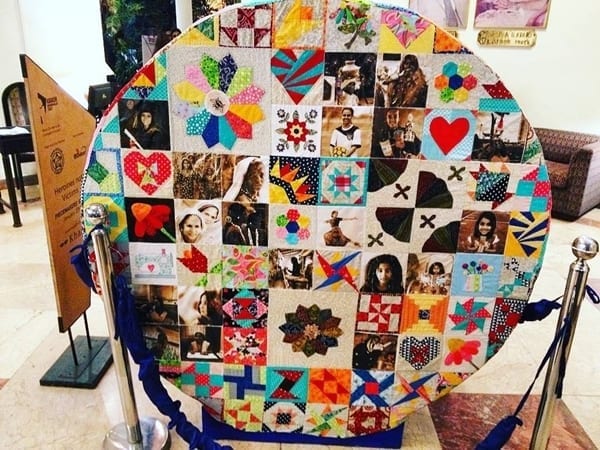 Another important session ‘Saving our Children from Predators: Role of Civic Society’ turned out to be a house full. It was moderated by Nausheen Ahmad with Shershah Syed, Sadiah Ahsan Pal, Murad Moosa Khan, Uzma Noorani and the renowned journalist Mubashir Zaidi as the panelists of discussion and this happened to be the last session of day 1.

Second day started off when Zohab Khan, Zoha Jabbar, Batool Hassan, Shameneh Majid, Mariam Paracha and Hamza Iftikhar talked about what poetry actually mean to them along with subtle verses in ‘Slam-Bam Verse! Utterances of the Age’.

Novelist Bina Shah moderated the session ‘ #MeToo: Gender issues today’ with Aurélie Salvaire, Kami Chouhdry, Haris Gazdar. Shah thought it was an easy subject as it was close to her heart but while she was preparing for the session, it occurred as a challenge to her. Later in her blog, she wrote, “As I prepared for the session and communicated with my panelists, I thought about the challenge of presenting such a tricky subject to a Karachi audience, which is usually a mix of progressive, liberal and conservative people of all ages.”

A unique and important constituent of this session was Kami Sid, the first ever Pakistani transgender model who is also an activist. She became the crowd’s favorite as she spoke bravely and bluntly on how is it to survive as a trans woman in Pakistan. 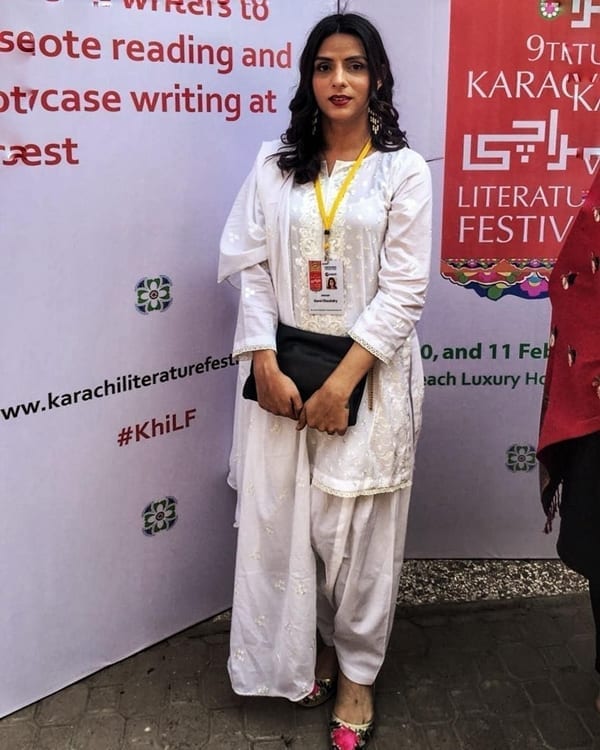 People were seen sitting on the floor due to the lack of space as the maestro Zia Mohyeddin took the podium in order to read Shakespeare’s classics in his mesmerizing voice in a session, Why is Shakespeare Shakespeare? “Shakespeare crystallized thoughts into memorable sayings and phrases. He had a wonderful manner of portraying human feelings; this is what makes him stand out.” Said Mohyeddin.

The boys, Murtaza Chaudhery, Mustafa Chaudhery and Faisal Chaudhery stole the show as they engage the diverse audience in their show ‘Going Bananas with the Boys’ with their impeccable humor.

“Writing formed the basis of who I am as a person.” Said, the Oscar Award winner, Sharmeen Obaid-Chinoy in a session, ‘To Write or Not to Write? Student Voices Against the Odds.’ A book launch ceremony was initiated by Habib University. Obaid-Chinoy along with Professor Dr Sabyn Javeri, Associate Professor, Habib University launched the book ‘ Arzu, an anthology’ alongside students who contributed to it. One after another, students read out their contributions including ‘Laal Lipstick, Mohabbat and Fabric’, and the audience could relate to every one of them.

It was quite a hassle getting into the hall where the short play ‘Chup’ was running as the hall was literally a full house. The play was directed by Sunil Shankar meanwhile, writer of the play was Fawad Khan. Story of the play revolves around Salman, who got calls from unknown numbers. His mother got similar calls. Meanwhile his father had hearing issues and heard things no one else could hear. The main characters are played by, Bakhtawar Mazhar, Kaif Ghaznavi, Sunil Shankar and Fawad Khan. The play turned out to be a hit, got a standing ovation for five long minutes and the audience were clapping with teary eyes.

As ‘Chup’ came to an end, three prominent Pakistani journalists; Nadeem Farooq Paracha, Fasi Zaka and Zarrar Khuhro entered the hall and with them, entered a huge crowd. Paracha happened to be moderator of the session meanwhile Khuhro and Zaka were the panelists. The topic under discussion was, ‘Reality catches up with Satire’. After introducing both the panelists, Paracha asked a very simple question, “How does one follow?” To which Khuhro said, “It’s impossible to keep up, reality has taken over satire.” When Paracha asked about the myth behind Fasi Zaka’s Twitter Bio, ‘Former Pakistan Hockey Team Captain’, Zaka said, “I always wanted two things in life, being photographed by fifty Korean photographers and being able to play hockey. Many actually believed that though.” Zaka also said “In early times, when we started satirizing, we wrote against Zia’s regime, then we wrote about Musharraf. In that era, we were up-punching through our write-ups. Meanwhile today, when we satirize, we’re down-punching usually.” On a question about trolling ‘Liberal fascists’, Khuhro said, “A, I’m not a satirist, B, there’s no such thing as liberal fascist. Moreover, I’m an equal opportunity basher.” “Liberal Fascist is an Oxymoron.” Said Zaka. “I will not go after the liberal side and that’s a different ideology I have. They are fewer in number.” Zaka added. Paracha asked whether their organizations exert any pressure regarding the shows they do? Khuhro joked, “They know that we cannot be fixed.” The journalists were surrounded by fans for autographs and photographs soon after the session ended and it marked the end of second day of KLF.

Third day of KLF started when Sania Saeed stole the show as she read Dehli’s great poetry. The session named ‘Beloved Delhi : A Mughal City and Her Greatest Poets’ had Arfa Sayeda Zehra in conversation with Saif Mahmood. 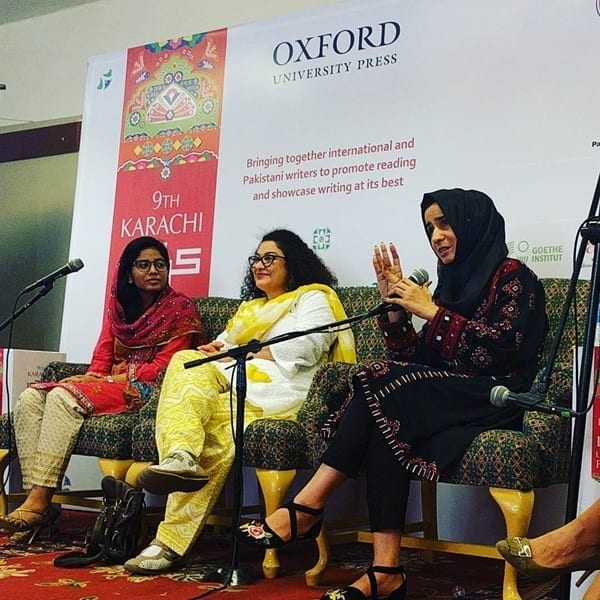 “Actors don’t get enough time with the script, you just get an outline. And when you finally start grasping the material, you find out that the show needs to go on air soon so you can’t really do your characters justice, we’re not doing teamwork and sitting down with the directors and producers.” Said the veteran actor, Asif Raza Mir in his session, ‘Generation and Genres: The Drama and Change’. 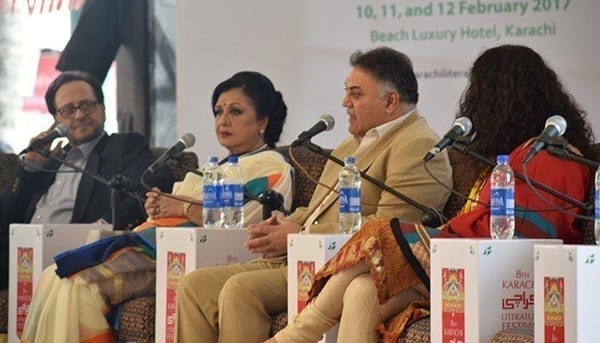 Moderator Khurshid Hyder sat with Asif Raza Mir, Samina Ahmed, Zain Ahmed, Mehreen Jabbar, Sarmad Khoosat and Irfan Khoosat as they discussed how the dramas in Pakistan are evolving. Sarmad Khoosat said, “20 years ago, we had all kinds of dramas and genres, now people aren’t experimenting, they continue doing what gets the ratings. We are not evolved enough I feel.”

“Growing up as a teen in America, I was cut off from Pakistani culture, so the first Pakistani hit I heard was Nazia Hassan’s ‘Aap Jaisa Koi’. If I hadn’t seen her I wouldn’t have considered being an artist.” Said Salman Ahmed while discussing ‘The impact of pop culture on Pakistani Society and the world’. 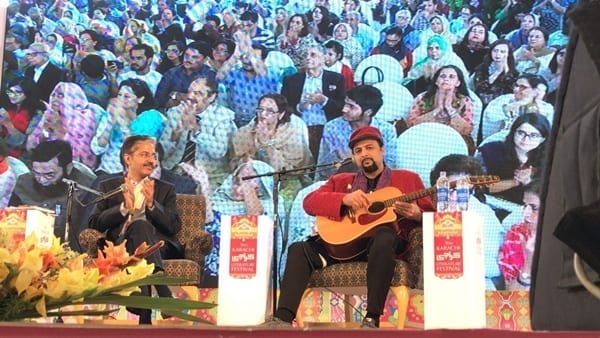 Salman further confirmed that he and Ali Azmat will be celebrating 25th anniversary of Janoon together. Ahmed emphasized, “We have to decide as a nation, how do we define ourselves. We can’t define ourselves by our nuclear bombs. We should define ourselves with our soft power, our music and humor and fashion and food and film.”

The audience cheered as Ahmed sang a song, his session was jam packed.

The third day came to an end with Keynote addresses by Amit Chaudhuri, Mani Shankar Aiyar, and Anwar Maqsood.

Also, in order to have a quick bite between sessions, KLF offered a variety of scrumptious desi and continental food including Arabic, Turk, Pakistani and Parsi cuisine along with exquisite ice-cream. 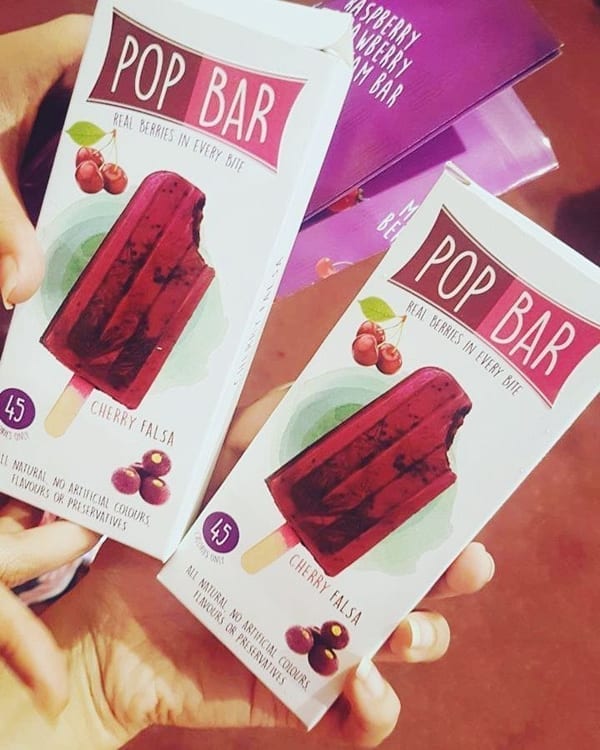 The motto of Karachi Literature Festival was to possess a message of peace and art and to show the world that Karachi is open for all genres of literacy. Abundant of attendees from diverse backgrounds came to attend 9th Annual Karachi Literacy Festival. 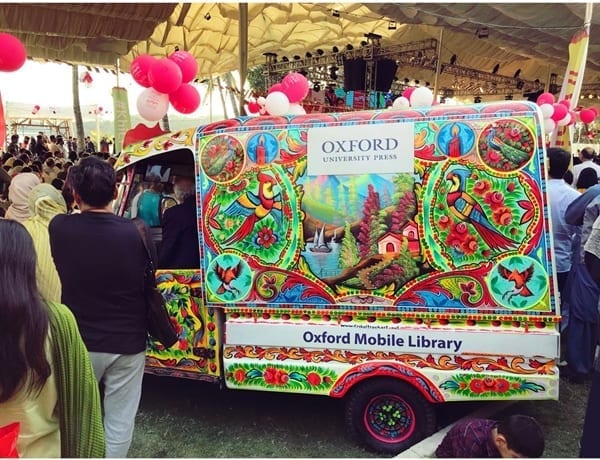 What was your favorite session? Comment below and let us know.