Known for staying in the limelight in all seasons of the year, singer Kanye West’s better half, Kim Kardashian West is well celebrated not just in the West, but the entire world. Reality show star, Kardashian, recently starred in her first ever feature in Vogue India magazine. The mother of three, celebrating her seventh Vogue cover, delineated her shoot as ‘beautiful’.

In 2017, Vogue India featured Kardashian’s sister, the exceptionally astounding, Kendall Jenner in the cover of their May’s edition, which brought about a wave of extreme criticism and hatred for choosing a non-Indian model to top the magazine. Kendall Jenner, photographed by the maestro, Maria Testino, was featured to emblazon brand’s 10th anniversary. 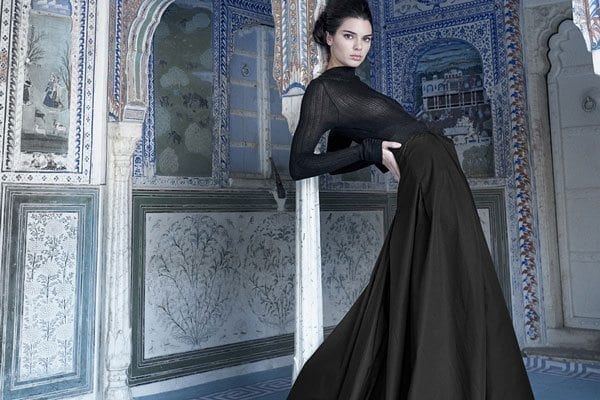 Kim Kardashian, due to her latest glossy fashion photo shoot, has sparked an uproar flaunting a traditional patterned Lehenga along with a cropped blouse and dupatta, designed by the famous  Anita Dongre who has also been a designer to Duchess Of Cambridge in 2016. 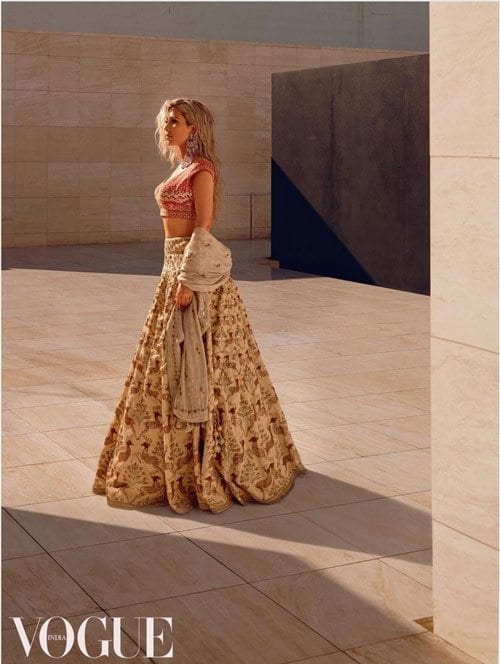 Readers and fans of the magazine were not only angered by the outfit which was chosen for Kardashian, calling it ‘tragic’, they also possessed their disgust over magazine’s decision to feature a foreign model rather than a local woman. Few said that the global fashion fraternity is excelling towards an end to racism and to celebrate diversity, the new Vogue India attempt undermined the efforts of equality.

Meanwhile optimistic readers were certain that Vogue India only represent international icons once in a blue moon, whereas Indian faces were abundantly featured on covers. Exceptionally successful actresses like Deepika Padukone and Kareena Kapoor happened to be Kardashian’s predecessors.

In an interview session with Vogue India, the reality star admitted that she never thought that her empire will ever be this big. She said, “I thought I was just going to run my clothing store. I didn’t think [the show] would go beyond season 1 or 2. And then as things were happening, my mom and I were so excited. We didn’t even know what we were starting, but we knew we were in it together. We definitely made so many mistakes. At first, we would be involved in anything. But it helped us work our way up to now, to launching a beauty brand completely by myself, and funding it all.”

Kim Kardashian has a history of astonishing her fans with her brutal new projects and stunts. We wish her luck for her future projects.

Atif Aslam Refuses To Promote His Own Song