Lacoste Changes Its Logo For A Greater Cause 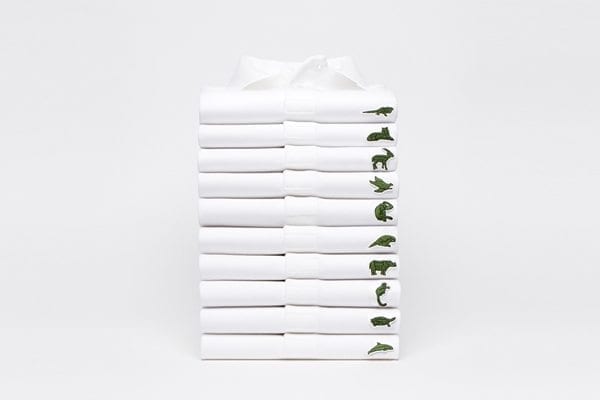 All the generated amount will go to benefit the wildlife conservation across the globe. Lacoste and the International Union for Conservation of Nature (IUCN) have joined hands for three years with this campaign entitled, ‘Save Our Species’ in order to preserve the earth and its inhabitants.

Initially, there were 1,775 shirts available in the store, that exhibited the number of each species remaining in the wild. Which means there are just 30 Vaquitas, 40 Burmese Roofed Turtles, 50 Northen Sportive Lemurs, 67 Javan Rhinos, 157 Kakapos, 150 Coa-vit Gibbons, 231 California Condors, 250 Saolas, 350 Sumatran Tigers and 450 Anegada Ground Iguanas left on the entire face of the earth.

However, the green Crocodile’s benevolence to the brand has been a factor for its growth for 85 years. It has been chosen as a tribute to René Lacoste, who was named ‘The Crocodile’ because of his firm grip on the tennis court.

With ‘Save Our Species’ campaign, the companionship has become an ignition to the first ever logo change the company has ever gone through. However, the whole stock has been sold in three days only.