Will Hira be able to give her mother the justice she deserves? 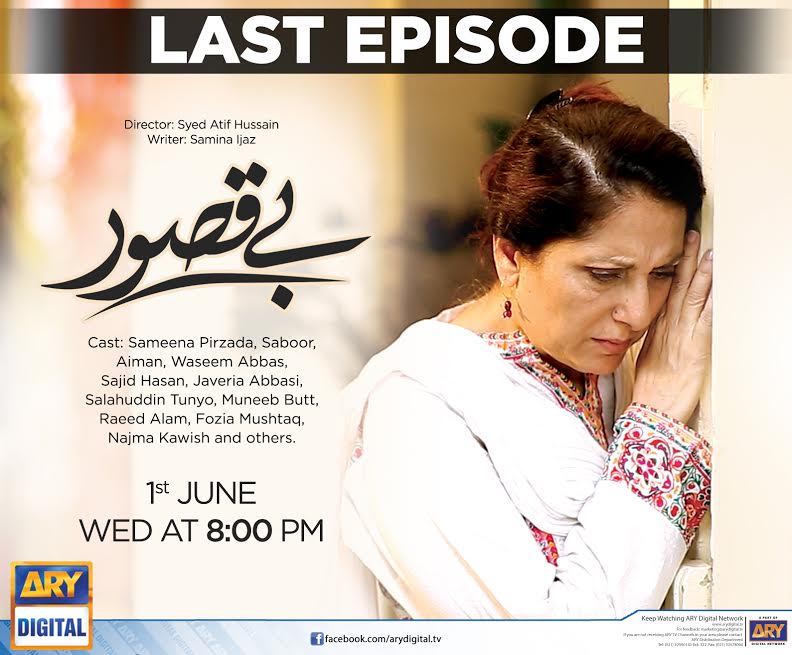 ARY Digital has provided its audience with the best and most superior quality of hit dramas. yet another drama serial is coming to an end which will leave you wanting more. Samina Pirzada has given a great performance in the show portraying as the woman who always takes a stand for her daughter, a great mother and a great wife. Suboor Ali has shown phenomenal acting and so has the rest of the cast including Sajid Hassan, Javeria Abbasi, Waseem Abbas and Aiman. Story of a mother and daughter who have had their highs and lows and walked through the rough patch of life has lead them to the scenario where they now can’t seem to find a way out.

the latest episode brought tears to eyes, left the audience wondering what will happen next and made a heart touching impact.

After murdering her ex husband Samina Pirzada is forced to live the rest of her life in jail and left praying to God for mercy and happiness for her sole daughter Suboor Ali as Hira. on the other hand Javeria Abbasi is at peace that the property of her dead husband is now hers and moves further to enjoy her life until she stands in the scenario where she is left with lack of money. We also see that how Hira is trying so hard to meet her mother and pull her out of the jail but ends up around a man who has inappropriate intentions towards her.

Watch the final episode of Bay Qasoor to unveil all the suspense. Will Hira be able to escape from the wrong police officer and save her mother? will Sadaf find a way to be happy? how will Javeria Abbasi manage her life? will they all find their happiness, justice or peace of mind or are they going to be left with misery and injustice.

Five lessons we can learn from Bay Qasoor