Meri Baji | The Sorrowful Truth Of Our Society

ARY Digital continues to amaze its viewers with yet another impeccable story called, ‘Meri Baji’. It explores the lives of maids working in households. Their daily struggles, trials, and tribulations have been highlighted in the drama. Nasreen, played by, Javeria Abbasi, belongs to the lower class of our society. Stricken by poverty, she works as a maid to run her house, and fulfill her family’s basic requirements.

Sharafat, played by, Rashid Farooqui, is Nasreen’s abusive husband who does not support his family and is oblivious to their problems. He drives a rickshaw and spends all his money on gambling.

Rabia, played by, Kiran Tabeer, Neelofer, played by, Aroha Khan, and Chutki, played by Hira Ahmed, are the daughters of Nasreen and Sharafat. Rabia is the eldest, followed by Neelofer and Chutki.

Rabia aka Rabi is the step-daughter of Nasreen, but she has raised her as her own daughter. Rabia is ambitious and dreams of marrying a rich guy who will take her out of her poor stricken condition.

Neelofer aka Neeli is a simple girl who is responsible for the household chores while her mother is away at work.

Chutki is the youngest daughter of Nasreen, and her dream is to become a doctor. But due to their poor financial conditions, she is forced to give up her dream and work in peoples’ house.

Sharafat, in his greed, decides to get Neeli married to his friend, Naeem, who is ready to give him a huge amount of money in return. 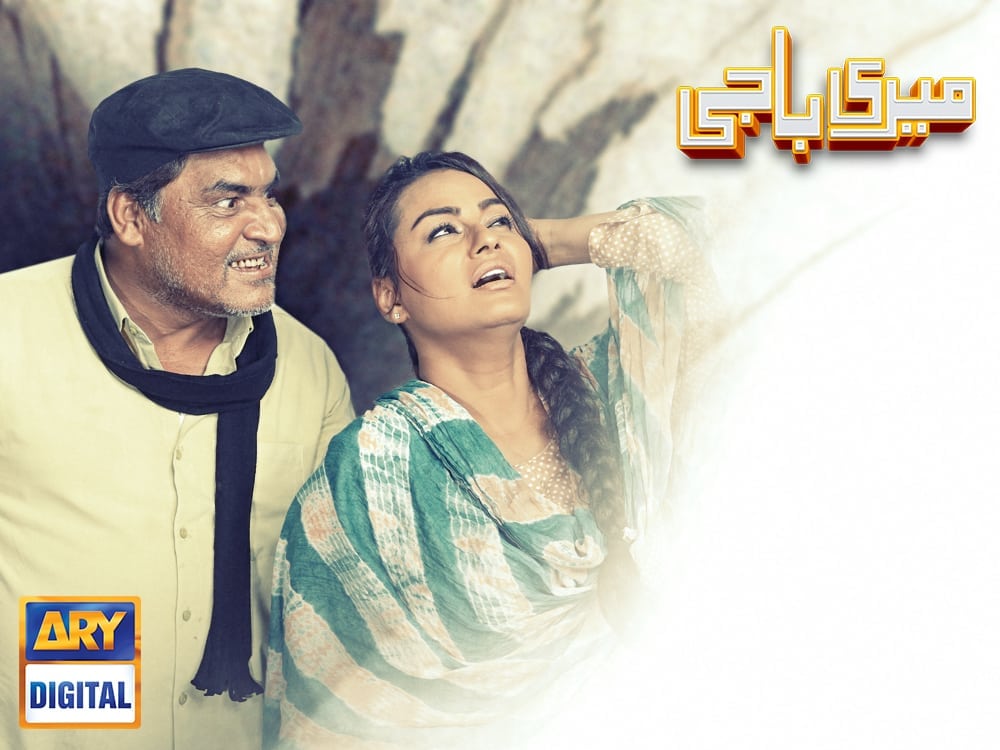 Rabia works in Aiman’s household and has set her eyes on her rich and handsome fiancé, Ahad. Will Rabia be successful to steal him from Aiman?

This intense story of a poor family with daughters, Meri Baji, is starting from 27th August, from Mon-Thu at 7:00 PM, only on ARY Digital.

Fawad Khan Performs Hajj With His Better Half, Sadaf

Momina Mustehsan’s Brother Got Hitched In A Set Of Grand Ceremonies!