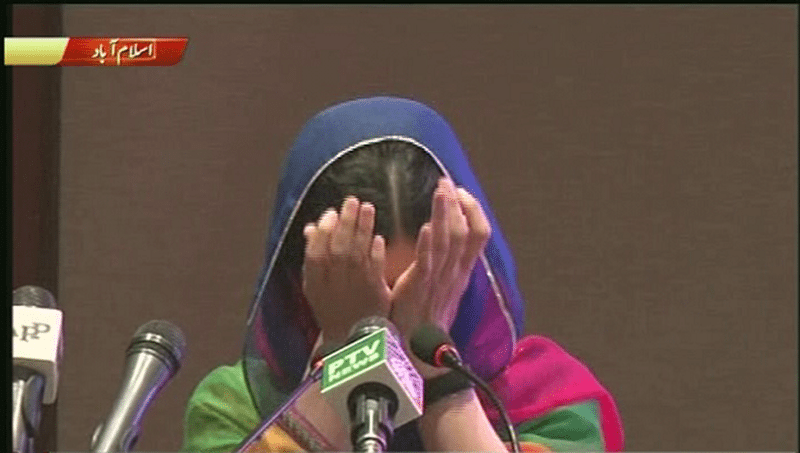 “I am very happy, and I still can’t believe that this is actually happening. …It is literally like a dream,” Malala Yousafzai says, with tears rolling down her cheeks as she returns to her homeland after almost six years of the harrowing terrorist attack.

Having garnered utmost fame for her consistent and unmatched struggle for women higher education, Yousafzai has become the youngest recipient to receive the prestigious Nobel Award for her bravery and for standing up against all odds coming in her way of endorsing girls’ education. She has been a true advocate for the oppressed girls, not just in Pakistan, but the whole world at large. The brave girl has stood at abundant forums including the United Nations General Assembly to speak bluntly, yet responsibly for the educational rights of women. The Nobel laureate sobbed with happiness when her feet landed on the very homeland she saw with her narrow eyelids, closing due to an anesthesia shot. She was taken to Britain for her surgeries in 2012 after the horrific attack.

Embellished in a traditional Shalwar Qameez, our brave daughter has spoken at length in a ceremony with Pakistan’s premier, Shahid Khaqan Abbasi. She has paid her gratitude for all the people who made her visit to Pakistan possible in a powerful speech, “I have always wanted to come back home and meet people here, talk to them, and spend time on the roads and streets I cherish so much, and now that it is actually happening, I am very grateful.” The Prime Minister generously in response states, “Malala is Pakistan’s representative to the world. She advocates for the education of children.” 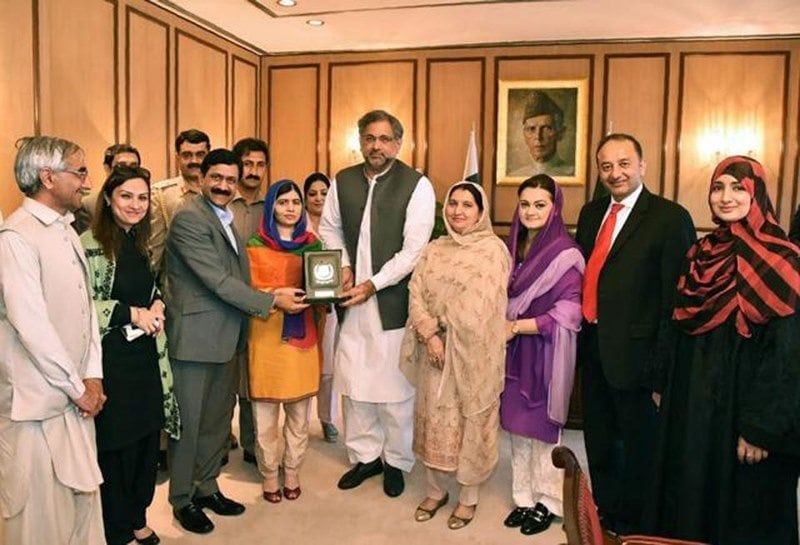 Soon after the news of Yousafzai’s return broke, ample men, women, and adolescents praised the laureate through their Twitter accounts.

Dear Pakistanis! Malala is not your enemy. Your enemies were those monsters who shot her point blank on her way to school. Welcome home #MalalaYousafzai

Great to see a confident yet emotional Malala coming back to Pakistan after being shot by the TTP – Welcome to a courageous and determined young Pakistani – our second Nobel winner. We shamefully disowned our first Nobel winner; let us not disown the second one. #MalalaYousafzai

What a speech….Thank you #MalalaYousafzai One day Pakistan will see fulfillment of your dream. Inshallah

She returned. Some thought it would never happen. Some didn't want it to happen. But it did. A great moment for #Pakistan. #MalalaYousafzai

The love Pakistan possesses for the education advocate is unmatchable.

I welcome #MalalaYousafzai the brave and resilient daughter of Pakistan back to her country.

Haters don't really hate you, they hate themselves because your are a reflection of what they wish to be. #WelcomeBack #MalalaYousafzai

What a sight to wake up to! Welcome back #MalalaYousafzai ????

We wish the pride of Pakistan well for her plans and goals regarding children’ education.

Do you like to add something to the story? Tell us in the comments’ below.

In Pictures: B’Town Couples That Failed To Stay Together For Long