Azfar Jafer’s latest flick Parchi was released in cinemas on 5th of January but it had took the attention of audiences way earlier. Its song “Billo Hai’ choreographed by Usman Khalid Butt had took the nation by storm being played in every wedding of the country. 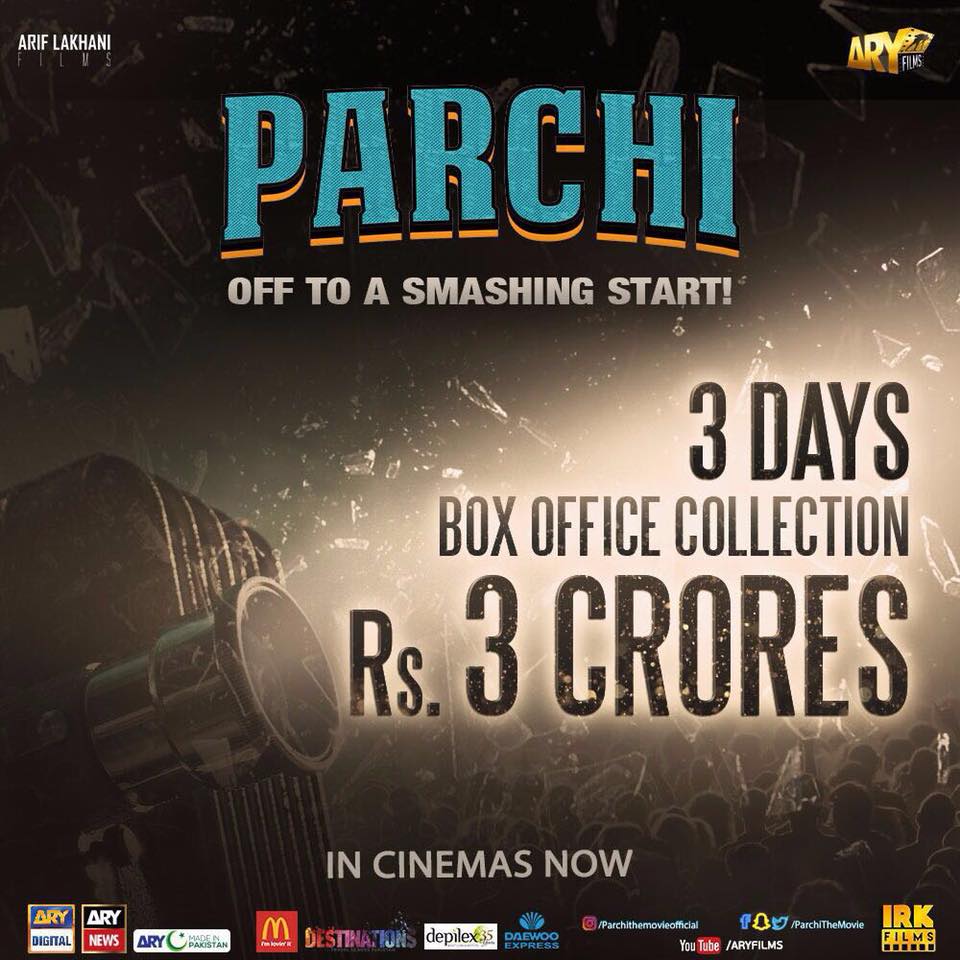 The film on its first day gathered 90 Lacs, 1.1 crore on the second day and a whopping total of 3 crores in 3 days of its release. Starring Hareem Farooq, Ali Rehman Khan, Usman Mukhtar and Ahmed Ali Akbar in the lead roles Parchi is a blend of action and comedy with a lot of drama involved.

Iqra Aziz’s reply to the haters!