For decades, Muslims and Hindus in the sub-continent, have been divided by their religion, culture, and traditions, even after partition. But love doesn’t carry any prescriptions or conditions, it just flows and oozes for anyone out there, irrespective of their caste, creed, religion, color or anything else.

Recently, a leading Indian drama actor, Shoaib Ibrahim tied the knot with his co-actor, Dipika Kakar, in a private ceremony. Followed by a friendship of seven years, this onscreen couple decided to spend time together even after work in the presence of their close friends and family members. 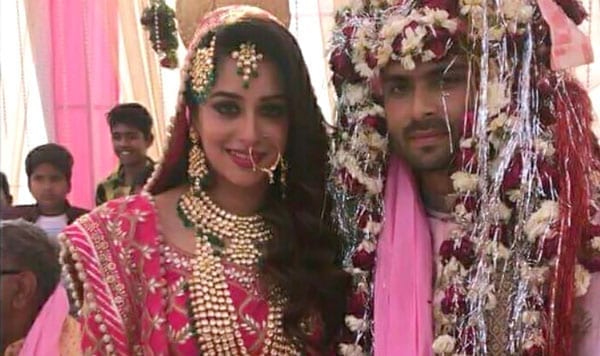 Despite aggression between the relations of both countries, art happens to be a bridge connecting them. People residing in both countries have proved that they cannot resist watching movies and dramas produced by each other. Pakistanis were all smiles when the news about their wedding broke.

Many acclaimed celebrities in India have married Hindu women, for instance, Shahrukh Khan had married Gauri Chibber, now, Gauri Khan. Lead protagonist of a highly rated Indian Drama, Shoaib Ibrahim has married a Hindu too, but only when she had converted to Islam.

The couple celebrated their togetherness with simple yet gorgeous events. The Mehndi ceremony exhibited vivid colors and abundance of laughter along with elegant dance and a lot of fun.

On the wedding day, Kakar slayed in a pink ensemble with gota-patti detailing festooned with kundan necklaces. Meanwhile, Ibrahim complemented his real-life bride in a soft pink embellished Sherwani. Kakar looked stunning in every pose, from every angle. Both lovebirds carried a veil around their head, depicting an absolutely traditional attire.

Handsome groom entered the venue on a horse. The fairytale wedding was carried out in a Muslim array where the bride’s brothers and father brought her up the stage for a Nikkah. The couple managed to stay in the limelight for quite a long time; foremost, for their impeccable acting skills, for being an adorable on-screen couple, for exhibiting flamboyance in the pre-wedding photo shoot and now, for such a gorgeous wedding ceremony.

Congratulations to Mr. and Mrs. Shoaib Ibrahim to be able to celebrate their onscreen love, off-screen. 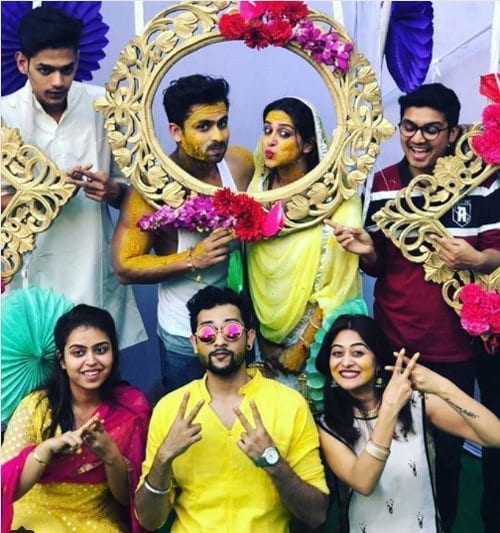 Don’t they look lovely together? Tell us in the comments’ section below.

Pakistani Singers are being attacked by Indian Minister