Remembering the Bhutto who ruled hearts

Pakistan’s Benazir Bhutto (1953-2007) was the first democratically elected female leader of a Muslim country during a tumultuous life that ended with her assassination. Benazir Bhutto, the daughter of Pakistan Peoples Party’s (PPP) founder and ex prime minister Zulfikar Ali Bhutto, took over as chairperson of the PPP in 1982. After her two stints as prime minister in the 1990s ended early amid charges of corruption, Bhutto spent several years in exile in London. She returned to Pakistan with plans to participate in the 2008 general election, but was killed during an attack at a PPP rally in late 2007.

Today, on her death anniversary we decided to share some of her very inspiring quotes that will certainly move you. 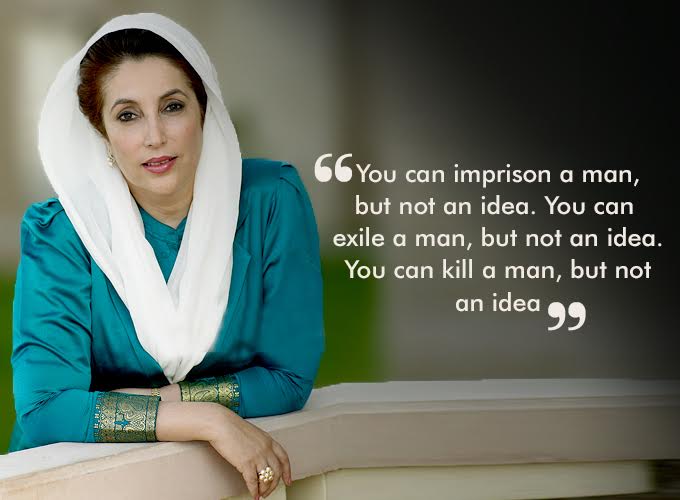 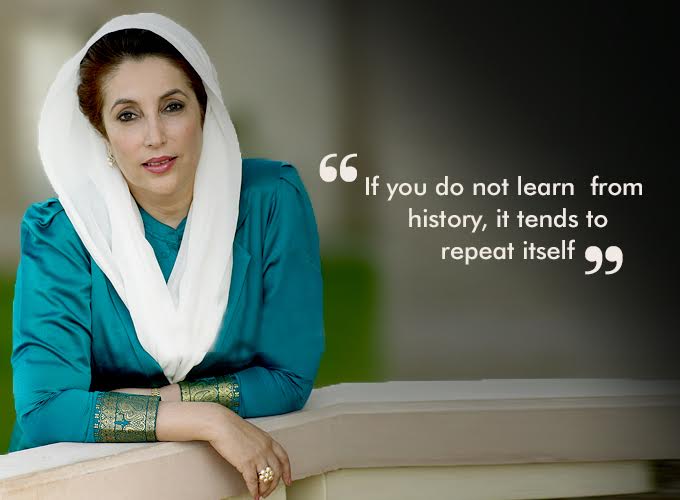 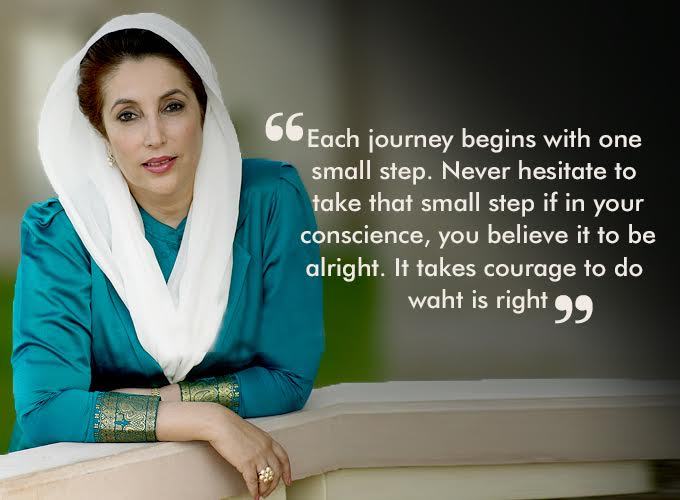 You have to see the tweets of her children, they will surely melt your heart! The women was a true leader.

“Your Heaven lies under the feet of your mother” #SalaamBenazir pic.twitter.com/KtxJsxvX2W

Ya Allah …Ya Rasool… Benazir Beqasoor ????

Is Mehmood the culprit who destroyed Parisa?