The train stops at a station and a bangle vendor comes into the train. She offers bangles to all the women sitting in the compartment. At first, all of them refuse but then Tehmeena gives her some money and asks her to give bangles to all the women present. All six women choose bangles of their favorite colors but Shumaila hesitates. When the woman tries to give the bangles in Shumaila’s hand, her dupatta drops off from her face unveiling her chemically burnt, scarred face which gets all women sitting in the entire compartment left in awe. Even the bangle could not stop her tears. 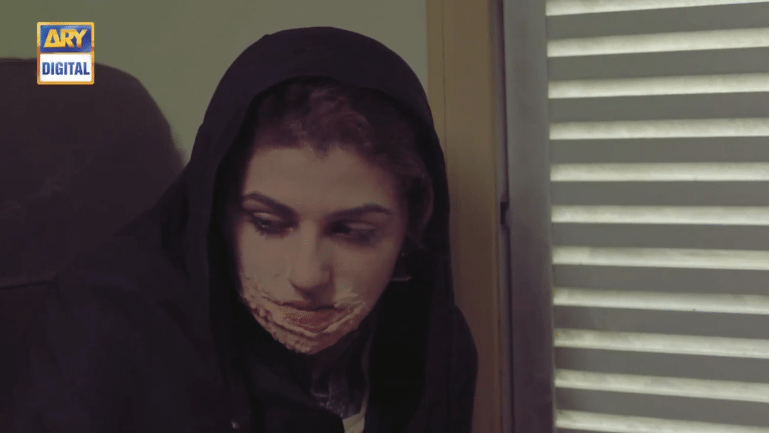 Her story starts from a dressing table with a mirror where she gets ready to go in front of a woman who brought her son, Amjad’s proposal. When she comes to know that she is getting married to a boy from Dubai, she gets all excited and tells her mother that she will go shopping every day after her wedding. She gets married to Amjad in a ceremony having close relatives and friends. She seems very excited to see Amjad for the first time but Amjad, on the other hand, remains blank. After her Rukhsati, her mother in law tells her about a tradition in which husband’s younger brother supposedly sits in the wife’s lap till she gives her some money. Amjad bashes his mother for initiating the act of vulgarity under her supervision. On the next morning, before going out, her husband’s brother compares her with the actress, Mahira Khan and says that she looks stunning. He even asks her to get into the frame for a selfie but Amjad’s loud voice gets them panicked. He yells at his mother saying, “Stop with these unethical activities.” While they have evening tea, Amjad’s maternal uncle praises Shumila for being an astounding beauty, says, “We will call you Pinky for your pink cheeks.” Amjad, in a response, misbehaves with his uncle and bashes Shumaila for receiving all the unnecessary praise. 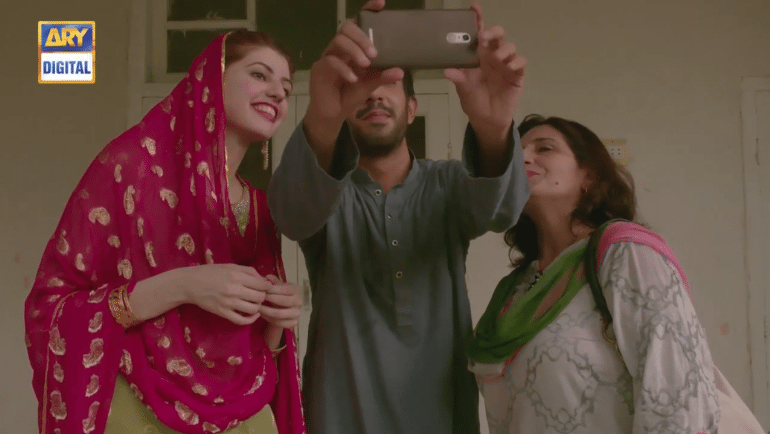 On the next day, while Amjad has his breakfast, his brother comes and asks Shumaila to make breakfast for him as well. Amjad stands up, leaving behind whole breakfast and goes out. In the way, something pops up in his mind and he makes a u-turn. Meanwhile, the milkman comes and Shumaila gets out of the house to take the milk in a container. While she stands with the milkman, her husband comes and starts blaming her for the sins she has never committed. While she talks to her friend over the call, telling her about the circumstances she is facing. Her friend thinks she is lying but Shumaila keeps on insisting to pray for her. Her husband comes and finds out that she has been talking over the call. Upon asking, she tells that it was a friend but her phone beeps with a Whatsapp message. Her husband snatches away the phone and throws it on the ground which eventually breaks it. While he sips a tea at a ‘Dhaba’, he notices a man talking to apparently a woman over the call who was supposedly his lover. Upon his arrival, he asks Shumaila the reason that enabled her mother say yes for the marriage. He goes on to make her feel uncomfortable by asking her about the boys residing in the area where she used to live. She clarifies her position by telling him, “There was no man in my life, there is no man in my life, and there will be no man in my life apart from you.” He asks her to get relatively big dupattas to cover her. While working in the kitchen, she burns her hand accidentally and Amjad’s brother subsequently comes to her rescue. While he applies the burn-resisting ointment, her husband peeks in and starts yelling rather ferociously. He takes her to their room and threatens her of ruining her face. This episode depicts the shallow mentality of men and how their mindset destroys a happy and bubbly life of women, putting an end to their smiles. Men often overlook the significance of women they marry because despite not being qualified to marry someone so great, they get married rather effortlessly.

You can watch Shumaila’s story here.

What are your views on Shumaila’s story? Tell us in the comments below.