Kashf Foundation in collaboration with the maestro Sarmad Khoosat has chosen to make a drama on topics that are not widely known by a very large populace. Akhri Station has been an emotional rollercoaster ride exhibiting sad, sorrowful and grave emotions. Khoosat Films and Kashf foundation have pushed the boundaries by introducing Akhri Station as a short series of just seven episodes.

Seventh and the last episode of Akhri Station ultimately got all spectators hooked up with their eyes enveloped with tears throughout the drama. The subtle brew of sad and happy moments made this episode heart wrenching and joyous at the same time. The episode was comprehensive but brief, and it exhibited a silhouette of the stories of all seven women.

The grand finale starts with Shumaila serving tea to her husband’s maternal uncle. While he praises the tea, he notices a scar on Shumaila’s cheek. Upon asking, Amjad tells, “Yes I have beaten her, I own her, and I have the audacity to shut out anyone trying to interfere with my family.” Uncle leaves in anger and Amjad’s mother asks Shumaila to go to her room. He also threats Shumaila to burn her face. 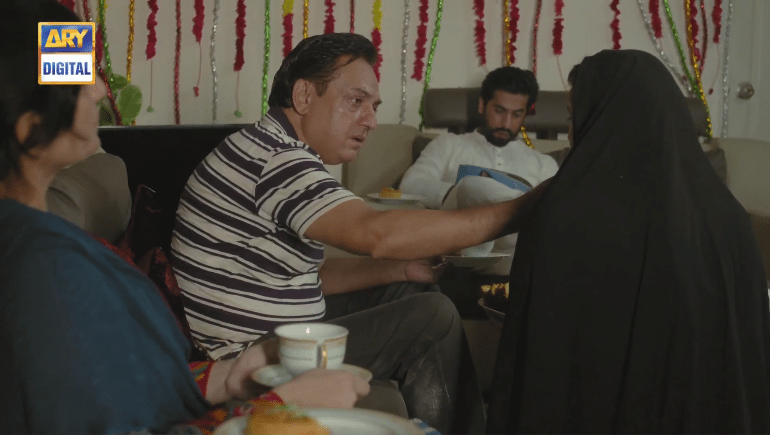 While all members of the family eat, Sajid starts eulogizing Shumaila for her admirable contribution for the entire family. He says, “It seems when the God was distributing beauty and brains you were in the front. You don’t have a sister, but you might have cousins, with an essence of you in them, please get me married to any one of them because I wanna be happy as well.” After listening to everything on the dinner table, Amjad hits Shumaila on her head, gets questioned by Sajid, which leads him to beat his younger brother. Shumaila starts crying and her mother in law comes to hug her. “He was never like that. He has become a narrow-minded man living abroad alone,” she says.

In the next scene, Amjad is shown on the street, walking. He goes to a store with a devilish array on his face and asks the shopkeeper for a bottle of acid. The day is humid with rain pouring in a rhythm of restless and chaos. Shumaila, lays on her side of the bed, crying since it has become her only activity after marriage. Sajid comes to her door to apologize for the ferocious attitude of his brother but she is certain that she would not let him in the room. Upon ignorance, he leaves the room. Seeing Sajid leave, Amjad grabs a chance, running upstairs to their room to empty all constituents of the entire bottle over Shumaila’s face. 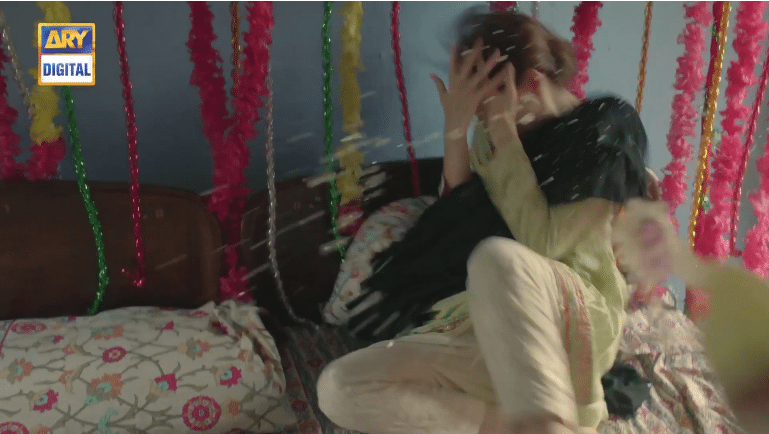 Shumaila is laying on the bed, with her face covered in white bandages, depicting a mummy. Sajid, standing at a corner, says, “I have taken a complaint against my brother’s hideous crime.” Shumaila, in a response, says, “He will be caught, he will even be punished, but nothing can end my punishment anyway. My face would not come back.” Her mother in law tells her doctor, “I will get her treated and will grab justice for my daughter. I will free her from my inhumane son.” 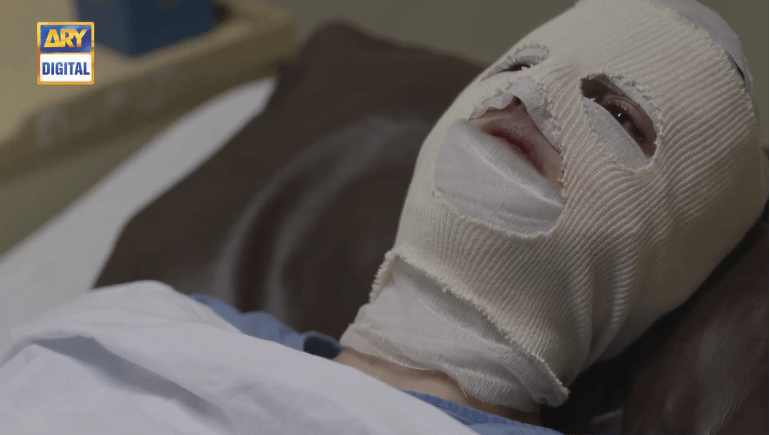 Shumaila’s story is followed by the train’s scenario in which all women are left in awe with tears in their eyes. All seven women choose to stay silent, wiping away their wet eyes. Tehmeena starts thinking that she is laying in the garden with her husband, holding hands. Her husband tells her that she requires assistance. He continues, “Think me of a friend, and not your husband, tell me everything which is bothering you.” She, in a response, tells him that she is alone, and “everyone will leave.” Her husband asks her to consult a physiatrist but she ignores.  He says, “I’ll make sure of it,” pointing that her ignorance doesn’t carry any significance. While she sits with the shrink, she reminisces on her visions. He tells her that she has been suffering from depression. She tells her that she sees dried leaves and white forest with her mother’s body possessing a white color. While they lay on the grass, she asks her husband whether he thinks that she has become a psycho. He replies in negative and asks her to think about their children because they are suffering the most. 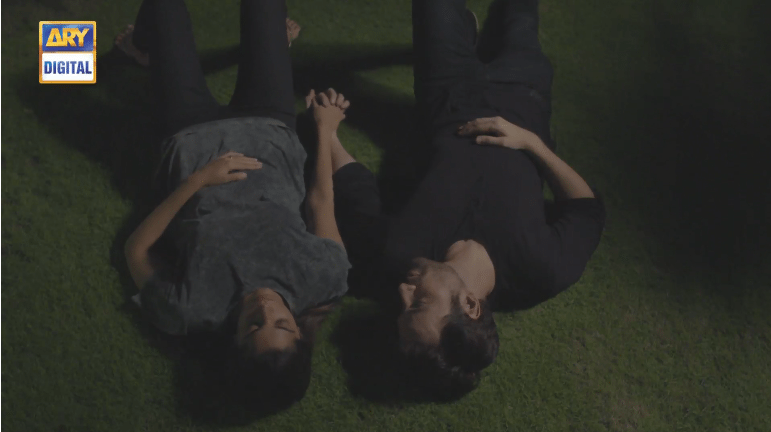 The shrink asks her to stay consistent in her struggle for the pursuit of peace by spending more time with children and having medicines regularly. She gets pretty uncomfortable with the life she is living, tells her husband that she does not want to live in a compressed scenario. Her husband calms her down by giving her confidence that she will be fine and she will put all her efforts to make the house a pleasant place to live. In the next scene, they are shown playing with their children initially in the garden, later in the room, playing a strategy board game. She tells, “I feel peaceful, I feel weightless. I was thinking to start writing again. I didn’t make sense, but I think, now I do.” In a response, her husband backs her up by saying, “You should meet new people to know about their life stories, you should travel and take inspiration from your surroundings wherever you go.” 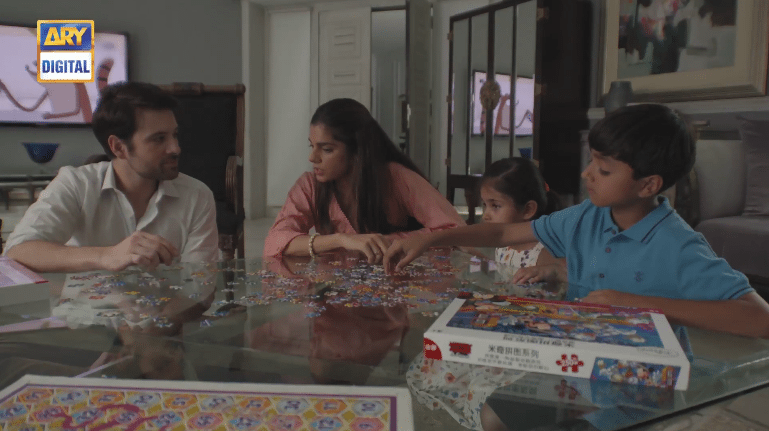 Tehmeena’s story is followed by the train scene again. All women sleep till the train arrives Karachi. Women hug each other, grab their bags and leave for their respective destinations. The legendary, Irfan Khoosat also says bye to women, wishing them well for their goals. The camera focuses on the hands of women carrying necessities with them. Some carry bags, some carry suitcases, some hold hands of their children meanwhile Tehmeena carries the book in her hand. 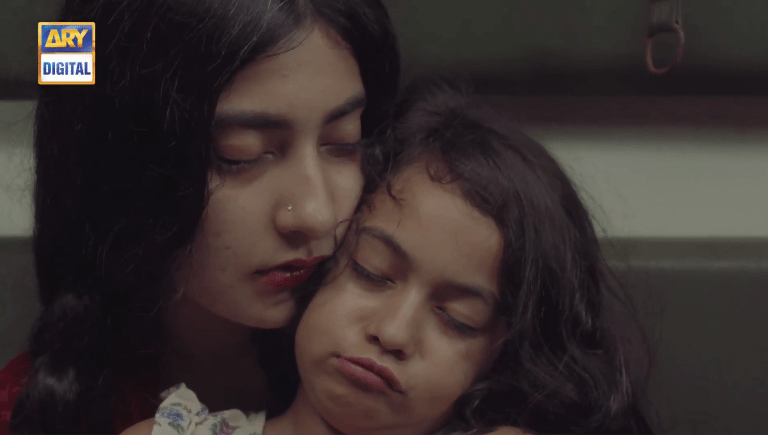 After one year, Yasmin, along with her daughter goes to a library. The library depicts Tehmeena sitting, signing her books and giving them away to the readers. Yasmin sees her and could not control her feet rushing towards the friend she has made on a train. They see each other and tightly hug. Yasmin tells, “Our fate has been blessed completely ever since we left the train.” Yasmin and Farzana are a part of the same school now. Farzana is the principal of the school meanwhile Yasmin happens to be a maid. 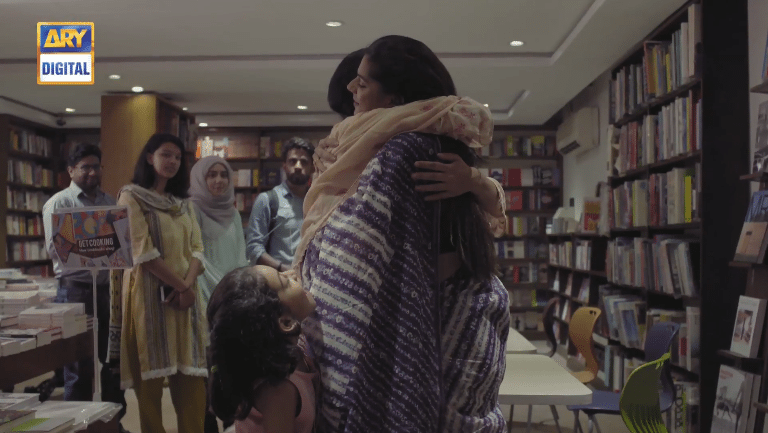 Shabana has taken a loan from an NGO’s and now, she, along with her husband has a business of clothes. 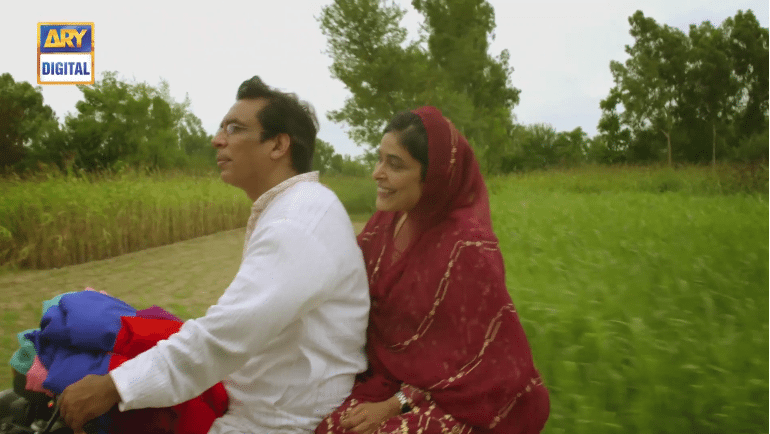 Gulmeena has taken custody of her child with the help of an NGO. She has completed her course of a lady health worker and is working in a village health center training people about family planning. 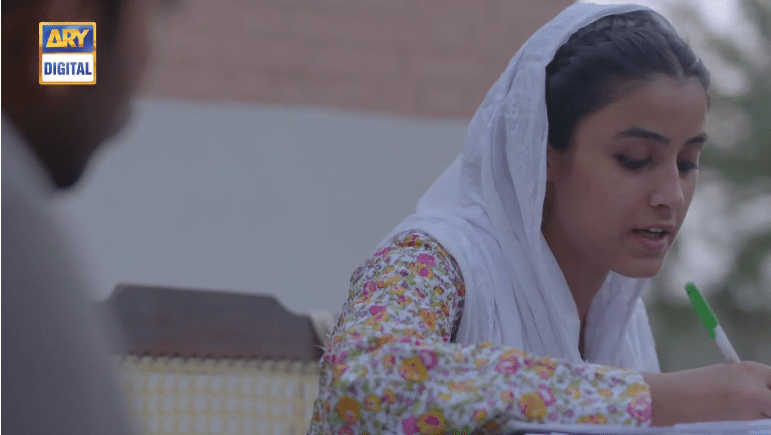 Also, Rafia is getting treated in a humanitarian hospital where she is accommodated as well along with her child. She also works in the hospital and expects to be fine soon. Shumaila’s mother in law has fulfilled the promise of her treatment and separation. She is much better than she was before and she is working at a beauty parlor. She has also married and is living a pleasant life with her husband. 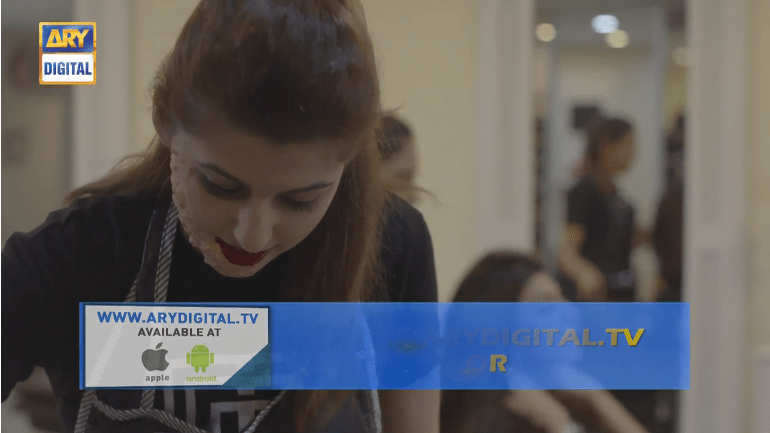 Yasmin, then asks Tehmeena the reason she traveled with all these women. Tehmeena, in a response, gives her a book and tells her that they will all read the book together when they will meet. 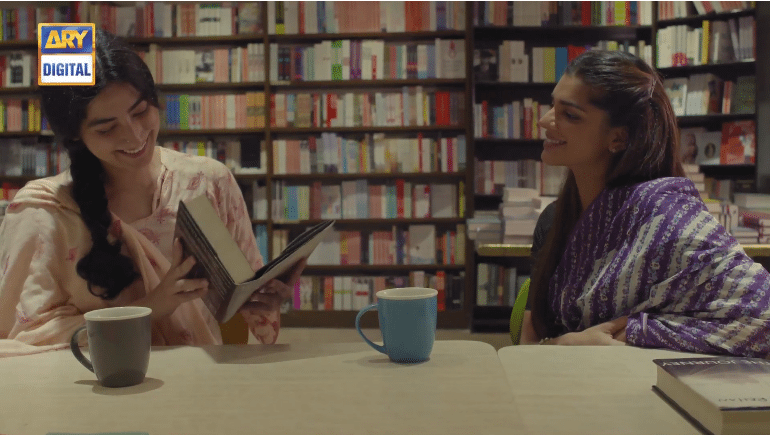 Not just this episode, this whole series has been a plethora of sentiments. Tears roll down our cheeks while watching all seven episodes. Amna Mufti’s powerful script and Sarmad Khoosat’s A-game direction happen to be the absolute catalysts in making this drama stand in the category of those few dramas that will never disappear with time. Akhri Station, with all the stories delineated in it, will be remembered for a long, long time.

We are happy to be living in the space and time in which Akhri Station is aired. Kudos to the team from ARY Digital.

What are your reviews on Akhri Station? Tell us in the comments below.