After the third episode of Akhri Station, that depicted how variable complexes and insecurities can ruin a life or a family, the fourth episode portrayed the downfall of all family members due to drug addiction that subsequently leads to horrifying diseases like HIV and aids.

The fourth episode started with Farzana telling other women the reason of her fleeing. When Tehmeena asked her why didn’t she go to her parents, she replied, “Going to my parents would have lead to suggestions and advice to be kind and understanding to forgive him. I refuse to live a life like that. I refuse to live with a person who makes me feel guilty all the time.” The legendary Irfan Khoosat came to their compartment and said, “Nobody should live a life like that. Development of a nation depends upon the equality between both men and women.” 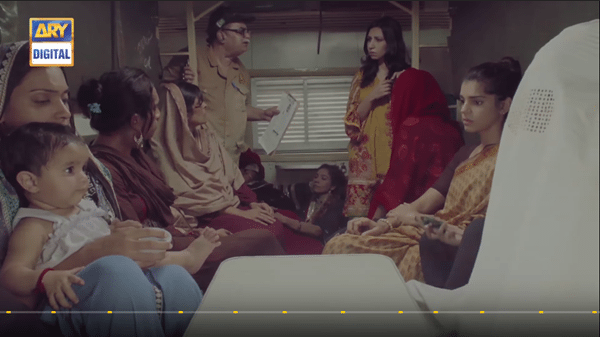 While looking at Farzana’s child, Tehmeena smiles, then suddenly enters in another flashback which is a successor to her third episode’s flashback. It possesses a women lying in a garden, a young girl comes and sits close to the woman.

The train arrived in Multan and all the women went out to buy stuff or just to have some fresh air after listening to three disturbing stories. On their way back, Rafia asked someone to sit in her place because she was feeling cold. She further told, “I’m sick, I have HIV. I wouldn’t have known this if I didn’t decide to donate blood to my sister. I would not have had HIV if my husband was not a drug addict.” Gulmeena, in response, patted her shoulder making her believe that nobody is uncomfortable due to her health, in the compartment. 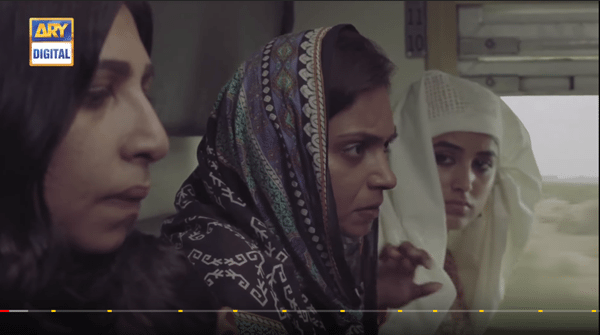 In the next scene, her husband, Parvez was shown smoking cigarettes and injecting drugs into his vein. She, on the other hand, prepared food for her family when he arrived. She asked him to sit so that she could bring food for him as well. While she was in the kitchen, her mother in law started off, “My child spends hours working, no idea where is all the money going.” As a reaction, Pervez asked her to tell Rafia that he was going to sleep. Meanwhile, they were sleeping, Rafia found that her husband was not there. She went out to look for him and found that he was lying on the floor with a syringe in his hand. She took him to the room. In the morning she tried asking Pervez to go to work but he insulted her saying, “I don’t want to go,” which was totally endorsed by his mother. She tried telling that he was injecting something in his arm but her mother in law refused to listen.

The next day, while she washed clothes, Pervez asked her if she had 10, 20 Rupees. She was blown away by anger and shock when she saw that he was taking the television along with him. He pushed her away fiercely when she tried to stop him. She told her father-in-law about the television and injection, he kept quiet but his wife didn’t believe in injecting drugs. In the evening, when Parvez’s mother questioned him about the television, he stood up and started beating Rafia. He was stopped by his younger brother but his mother asked her to leave the house along with her child. 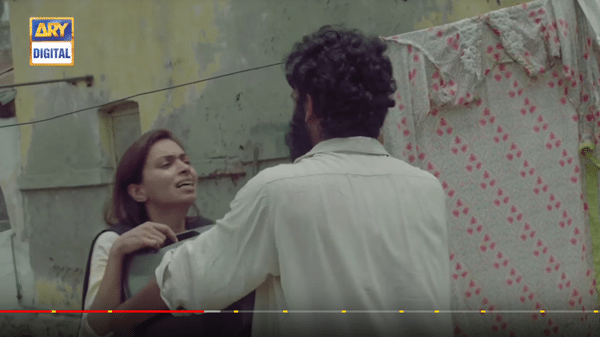 She came to her sister’s home because she was asked to leave. Pervez came to take her back and in the way told her that she was right about the drug part, but he wanted to get rid of it. They went to the rehabilitation center where a nurse made them believe that he can be cured. 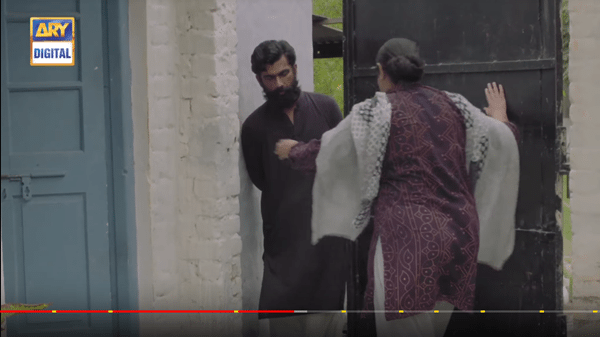 The next day, a representative from rehabilitation center came and handed her reports of the blood test. Her mother-in-law snatched the reports and asked him about the results. He told Parvez had HIV positive which made Rafia’s mother in law blame Rafia for the transmission of the disease. She said, “You are a cow who goes with everyone.” 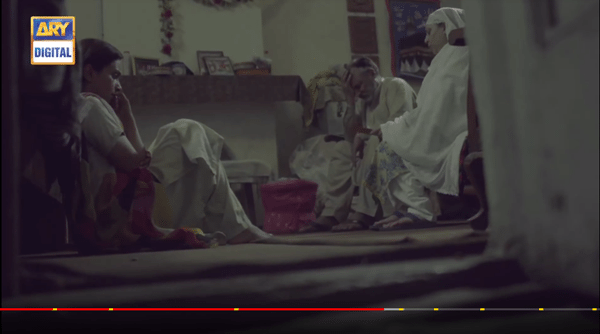 Later that night, while the family members were waiting for Parvez to come home with Rafia offering namaz, her sister’s son arrived and told that his mother is in a critical condition and that she needed blood. Rafia went to the hospital along with her mother-in-law. While she was waiting for her sister to be healthy, a nurse came and told that she could not donate blood as she was HIV positive. 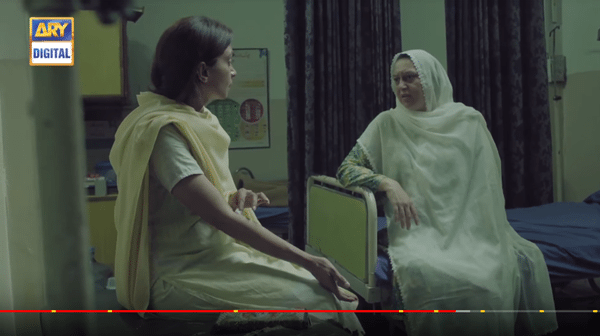 On returning home, she found out that her father in law strictly asked her to leave. Her mother in law further said, “Take your child along, an identity of someone else’s sins,” because all of them, even Parvez’s brother thought that HIV and Aids were only transmitted by intercourse. 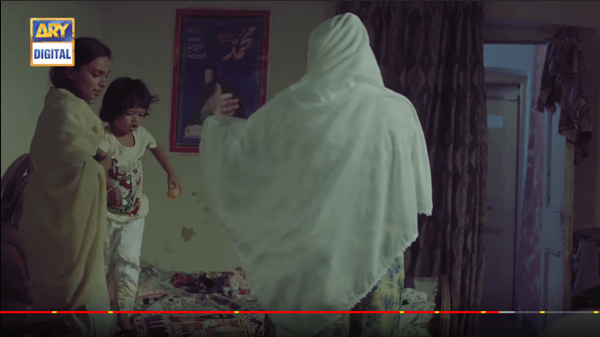 She went along with her daughter to find Parvez in the market where she asked a shopkeeper about her husband. He, in response, pointed a man sitting on the footpath smoking a cigarette. The shopkeeper told her that he was involved in cocaine lately. She went to her sister and told that he was not the same Pervez she had married. While her sister was cooking in the kitchen, she asked her to take care of her daughter even after she dies. 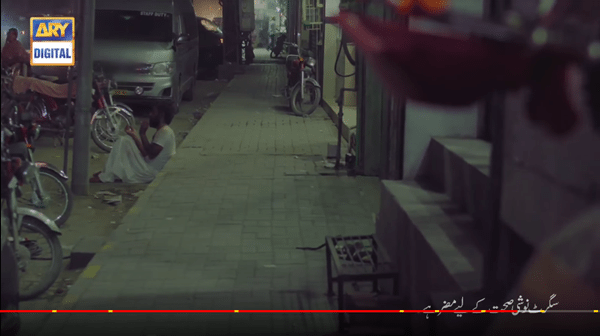 Rafia got a job as a maid in nearby houses. She worked, and on her return, she found out Parvez sitting along with their daughter in his lap. Her sister calmed her down saying, “He is not that person anymore.  People at the rehabilitation center are working on him to become a better human being.” It occurred as a pleasant surprise for her that her family is back together again until when in the night, she found out that he took all her money and chose drugs over his family. 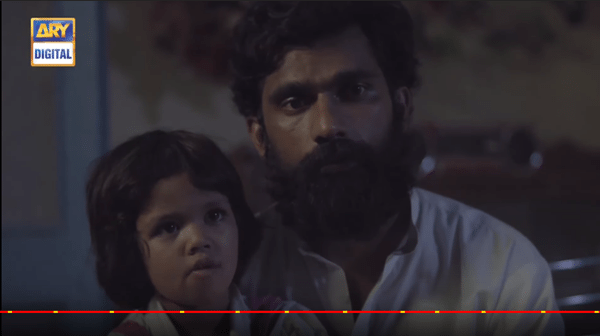 Rafia started getting work and she was content with whatever she had. She was happily sewing when she started eating something wrapped in a newspaper piece. All hell in her mind broke loose when she saw that the newspaper piece exhibited her husband’s photo with a caption that he had died and it invited his family members to gather for the sake of funeral. She went to Parvez’s home to beg his parents to come along with her for the funeral but they refused. Her father-in-law said, “He has died for us, and I have died for you.” He further asked her, not to come to their home ever again. 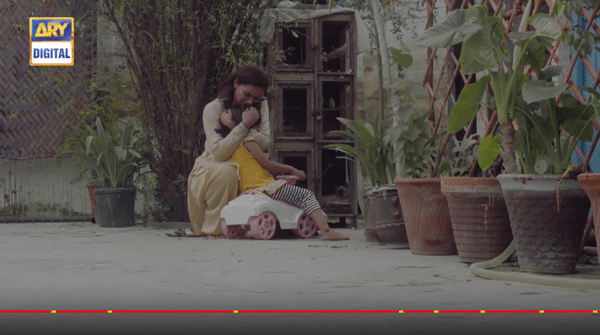 She went to the graveyard to visit the man she once lived happily with. On her return to her sister’s home, she found out that her sister’s husband came to know about her disease. She told herself that amidst all the chaos and blames, she forgot that she was also sick and needed treatment as soon as possible so that she could give herself and her daughter a life they deserved. 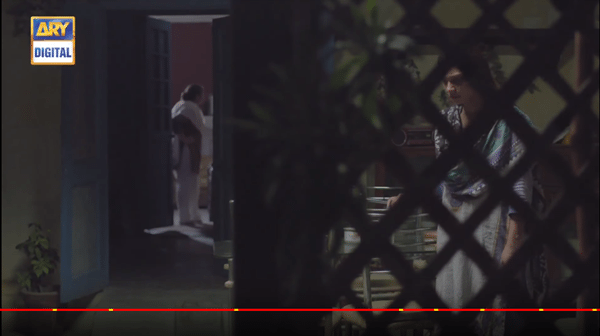 This episode dwells on the stigma which leads to character assassination of women in the society. Rafia was blamed for the sins she never committed. Not only had Parvez died because of his own addiction, he had also transmitted the disease to Rafia. When Rafia came to know that she is ill, she was attacked by her mother in law, very next moment. Living in such distress, only a woman living in such a society can understand the agony.

Here’s the episode, if in case you didn’t watch it.

What are your reviews on this episode? Tell us in the comments below.