Another drama serial on ARY Digital comes to an end and no doubt it leaves us wanting more, most of us would have appreciated if the show lasted longer and we could watch more of this story unraveling, but oh well. All is well when ends well. Teri Chah Mein started off with Faisal marrying his aunt Mehwish which most of us found extremely odd and eventually accepted it. With all the high and lows that this show offered the viewers – it was ultimately another addition to the list of ‘trending dramas.’ 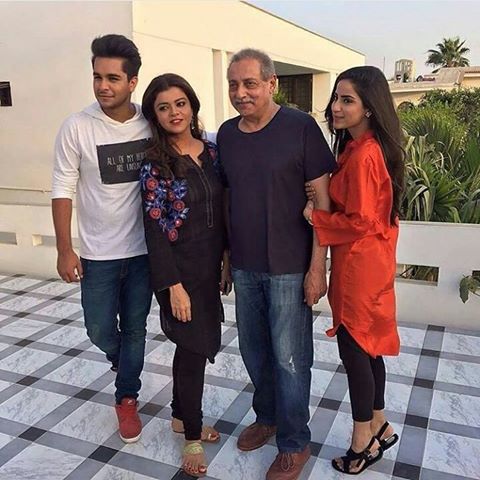 Farhan Saeed, Maria Wasti and Saboor Ali have certainly outdone themselves in the drama, but what really stood up for us was the fact that how at the end Zara accepts that she was at fault for not standing by her mother when she decided to remarry. For a mother its crucial to have her children by her side on her lows, but sadly Mehwish lost her son and almost lost her daughter too. This fate is worst than death.

A women is so many things – a mother, a sister, a wife and a daughter, but above all that she’s a human who has feelings and the right to make decisions for herself and her sanity. God has given everyone the right to be happy and fight for themselves. It’s true that marrying your daughter’s ex fiancÃƒ© was highly inappropriate but on the other hand accepting your mistakes makes you the bigger person. Teri Chah Mein was an excellent piece of work that focused on the bitter truth of our society where men abandon the women they marry for someone else. Why? Teri Chah Mein shows how bonds can be broken and mended with the turn of events. You can’t seem to miss this amazing work of art and if you’ve already watched it, it’s time to rematch this drama serial.

Watch Teri Chah Mein all over again and get ready to be blown away.

Dobara Phir Se : A Slow Paced Romantic Drama That Keeps You Hooked To The Screen

Will Jaana’s True Face Be Revealed?