Shah, a biographical film based on the true story of the legendary Pakistani boxer Hussain Shah, is set to release in cinemas across Pakistan on August 13th 2015. A homeless child from the streets, Hussain Shah is the only Pakistani athlete to win an individual medal at the Olympic Games in the last 50 years, but he is soon forgotten by the nation. 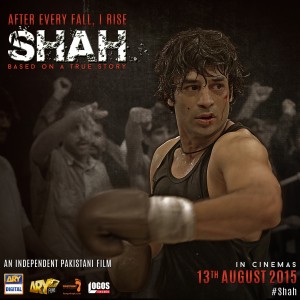 According to Adnan Sarwar, who underwent boxing training for a year to portray the role of Hussain Shah, “I lived and breathed boxing. I had to go through functional resistance training and running in the morning and boxing drills in the evening with very little intake of food. It was tough,” he said about making Shah. 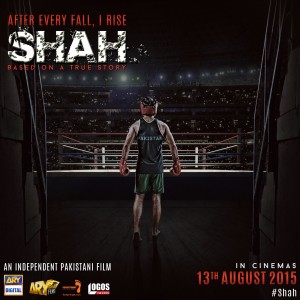 Living on the streets of Lyari in Karachi, Hussain Shah went on to dominate Asian boxing for nearly a decade before becoming the first South Asian in history to win an Olympic Bronze Medal in boxing at the 1988 Seoul Olympics. Within a few years of his historic achievement, Shah was forgotten by the government and media and fell back to a life of abject poverty before vanishing from the public eye completely.

The funding for the film has been provided by Bank Al-Falah, Pepsi & Samsung Mobile and it is being distributed across Pakistan by ARY Films & Footprint Entertainment.

Should We Strive to Fear or Love – Almighty?