Shaniera Wasim Akram has gotten along with Pakistan, its people and culture really swiftly. Akram is loved and admired by ample Desi men and women residing within Pakistan or outside its boundaries. It will be totally accurate if we say Akram has come to Pakistan and never looked back, quite literally. She carries the tiara of national ‘Bhabi’ on her head. 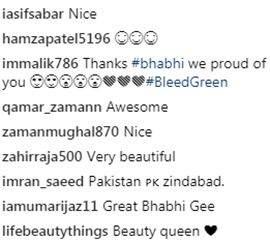 Meanwhile our another foreign bhabi, the impeccable tennis star and the spouse of Shoaib Malik, Sania Mirza doesn’t seem to visit her ‘sasuraal‘ often but whenever she does, it’s quite a chaos.

She recently visited Pakistan and became a host to plentiful of criticism for hanging out with the Hocane sisters, Mawra and Urwa, at a cafe in Karachi. 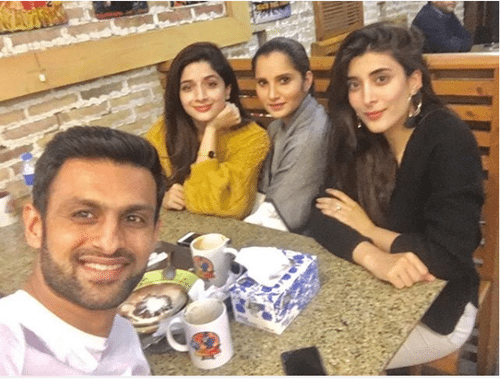 Both these stunning ladies were seen at the Dubai Stadium enthralling in a PSL match, cheering for their husbands’ team. The spectators were blown away when these women appeared in the stands. The cutie Akram pointed ‘Two’ to the exhilarated audience depicting two bhabis are present in the stadium. Have a look at this adorable video, it will surely make you go ‘Awww’.

Akram’s caption made the video look even more beguiling. She wrote, “What’s better than one Bhabi? Two Bhabis! There should never be any question of that.” 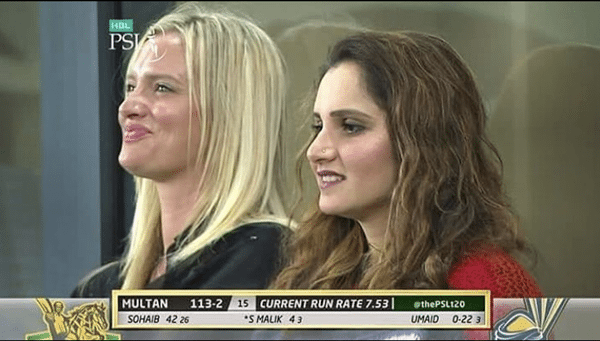 Shaniera never misses a chance to extract an infinite amount of love from her fans. Hands down, she’s the happiest thing to have ever happened to Pakistan. The love their video is getting turns out to be phenomenal. See the love yourself. 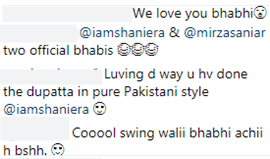 We wish both our bhabis, a very awesome life ahead!