Sidharth Malhotra Sends Love To His Buddy In Pakistan

Not everyone residing in India hopped on the bandwagon of hatred in the recent wave of malice against Pakistan. Despite the ongoing ban on Pakistani actors in Bollywood movies, few Bollywood actors can just never stop admiring their Pakistani counterparts.

Time and again, few Indian celebrities have stood up for their Pakistani friends, no matter how worse the circumstances.

‘Sugar, Spice and everything nice’ happen to be a perfect phrase for the Bollywood hunk, Sidharth Malhotra because he is one of the B’ Town celebs who has always thought and spoke positively about Pakistani stars winning countless Pakistani hearts for praising our artists abundant times, not just in the interviews, but on his social media platforms as well. 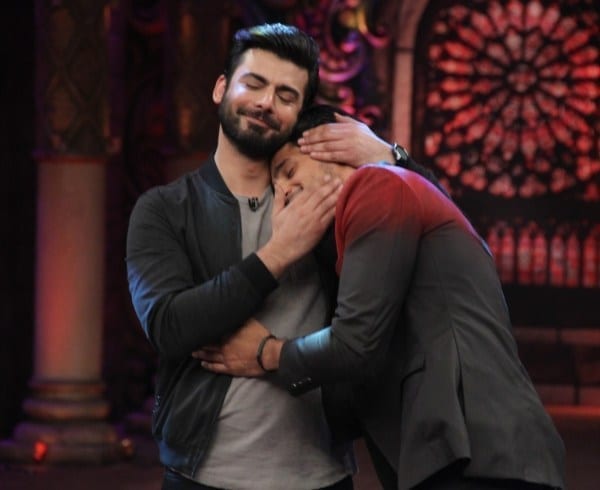 Malhotra never missed a chance, gushing over his brother from ‘Kapoor and Sons’, the heartthrob, Fawad Afzal Khan. Ever since their movie, they became best buddies and were seen together, a lot of times.

Both actors even played cricket together on the sets of their movie that made fans go all gaga over them.

In a recent interview with an Indian magazine, Malhotra, in response to a tweet of a Pakistani fan, couldn’t resist saying, “Fawad ko Mera hi bolna[Give my regards to Fawad Khan].” While telling the interviewer about his bond with Fawad Khan, he said, “We keep texting each other and yes, we are in touch but it has been a while since I met him.”

Hands down! We’re all excitedly hoping to see both these handsome men work together.

What are your thoughts on his recent interview? Tell us in the comments below.

Pouting away all the frenzy

Things we need to learn from ‘Aisi Hai Tanhai’