The band is restlessly putting efforts to make a nonstop name frame with the immense of work they are practicing. Sok is precisely following their expedition of endless and enthralled manic perfomrance at John F. Kennedy Centre USA, at 26th March 2017 as the band is on tour to USA , the mastermind Ahsan Bari chins up and stand against all odds and making Pakistan proud with his wise steps.  While performing ‘Lakh Jatan’ is killing us with the magnitude of a dangerous mind that Ahsan Bari has created. Stiring up the flavour by inviting the legendary drummer Alan Smith making the centre stage go loud with its jazz up beat and the blended instruments of Sarangi and Sitar. 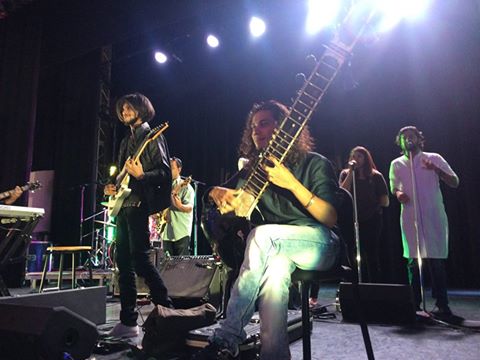 The band goes live every time for their performances and also for the sound check rehearsals. The talented and creative Ahsan Bari is energetic and keeps his team all alive, as his fingers run through the keyboard while playing those strings beautifully, The band gave such respect to the nation that before starting the concert they performed national Anthem with such enthusiasm that it filled our hearts with joy and nonetheless to call Ahsan Bari’s creation in the face of the music industry and introducing Sounds of Kolachi on an extreme level. It brings joy to my heart that the album ‘Elham’ is a total magic and one of the blended genre it has produced showing our generation to admire the method of  music and a real meaning that describes the symphony. The band belongs to Karachi and it makes me so proud to be a part of this hybrid nation.

The band is still in progress of its USA tour and performing on the platform of John F. Kennedy was a major achievement where internationally people would  recognize Pakistan , illustrating the entire mirage in a constructive manner. SoK is no doubt spreading the love around the world by communicating through music where language is not a barrier but to speak via soul to soul. Ahsan and team are packing bags for another shout out performance at Chapel Hill , Although the band did confronted some hardships but how beautifully managed the trouble was in hands of the manager Ahsan Bari who is bestowed with such a dedicated and devoted orchestra. The band also performed a great number by the legend Nusrat Fateh Ali Khan called “Sakhi Lal Qalander”. 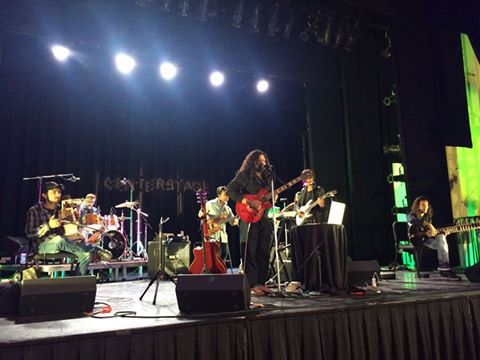 Love the band and we appreciate their immaculate efforts of making their nation pompous in this times of troubles , and ofcourse the performance was  ended with the beautiful sarangi and drums mashup. What a sense of musicology Ahsan Bari is grooming the talented mates. Three cheers for Sounds of Kolachi.

Will Parisa forgive Arman and start over again?