The city didn’t look like the Karachi we live in, it looked transformed, it looked different, it looked happier and definitely glitzier than ever. The streets were literally washed thoroughly on 24th March, green LED lights were displayed to mark the arrival of cricket in Karachi through PSL. The metropolis depicted a gorgeous bride embellished with beauteous accessories. 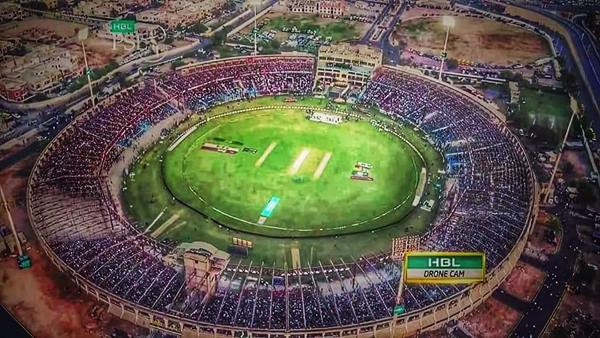 The show started off around 6 in the evening with impeccable performances by the stunning artistes like Aima Baig, Farhan Saeed, Shehzad Roy and Ali Zafar. The dimple fellow, Bilal Ashraf ruled the stage with his perfect looks and energetic hosting capabilities.

Aima Baig happened to be the first singer to perform singing her Coke Studio audio treat. Farhan Saeed took the stage to make the spectators groove on his romantic songs. Bilal Ashraf then invited the ever young, Shehzad Roy to put fire to the stage. He sang a rendition of Karachi Kings’ anthem which got the attendees stand up and chant “Karachi” whenever the name ‘Karachi’ got repeated in the song. Moreover, the power-packed performance by ‘Strings’ was so engaging that the international and national players came down the field to show the audience some adroit moves. They started off with their now audio sensation, ‘Sajni’, followed by the Pakistani cricket anthem, ‘Hai Koi Hum Jaisa’? The initiator of PSL, Ali Zafar came on the stage and sang the official PSL 2018 anthem oozing out enthusiasm and admiration out of the spectators.

Following the closing ceremonial concert, fans and followers of PSL went to their Twitter platforms to exhibit love for their favorite superstars. 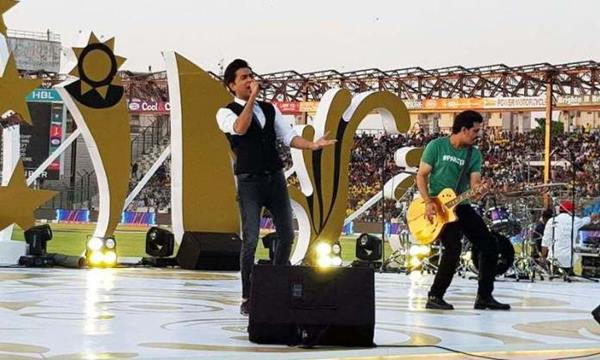 According to a wide populace, Shehzad Roy’s performance happened to be quite awesome.

No one can match the class of Shehzad Roy ?????????? #PSLFinalinKarachi

Not just his songs, fans were abundantly fascinated by his forever young, dapper personification.

how old is shehzad roy really?

Shehzad roy will be forever young!

Shehzad Roy is another mahnoor baloch

Shehzad Roy got some magic wand to keep himself young and active, i can clearly see his guitarist aging but not him.. #PSLFinalinKarachi

Guess what? The queen of ample hearts, Mahira was also present on the historical moment along with her friends Hamza Ali Abbasi and the dashing, Sheheryar Munawar.

The whole Pakistan was there #MahiraKhan though not physically. Enjoyed each moment of #PSLfinalinkarachi. Ecstatic

@TheMahiraKhan Zalmi we lub u?? pic.twitter.com/zYYxkyFtD3

We Love @PeshawarZalmi ..The Huge respect for @darensammy88 !! Well Played zalmi..better Luck next time…
I love U @TheMahiraKhan ????????

Fawad Afzal Khan also appeared on the field flaunting his chic looks embellished in a white shirt. For sure, a lot of hearts must have been beating haphazardly. 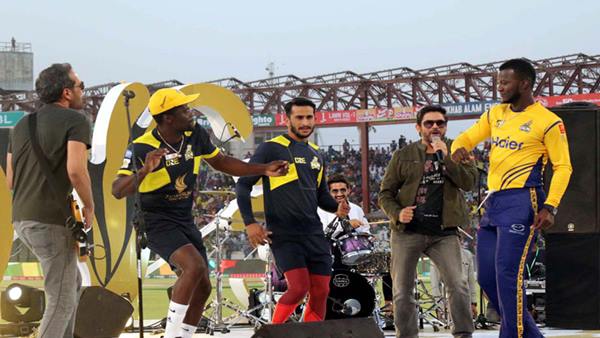 An absolutely perfect definition of ‘Old is Gold’. The band is undoubtedly capable of turning a low crowd into the excited one. The band was highly appreciated by all the spectators in the stadium and at home.

Strings performing sajni in psl final.
aaah what a time to be alivee ????????

OKAY NOW I CAN SAY IT'S A PSL FINAL CEREMONY, CUZ WITHOUT 'AEY YO AEY YO AEY YO AA' NEITHER STRINGS ARE COMPLETE NOR OUR BELOVED CRICKET. THIS IS JUST AMAZING.

SO TRUE! and tbh after watching Strings performance today… reviving the feel of "Hai koi hum jaisa" ..THIS IS WHAT PSL NEEDS! THIS TYPE OF MUSIC. THIS TYPE OF PERFORMANCE.WHO BOOSTS YOU UP!Not a nursery rhyme and school ki annual performance. THEY ALSO SHOULD GO LIVE NEXT YEAR!

Ali Zafar, as per the traditions of PSL, closed the show with his uber astounding performance.

Well, we wish that the 4th Season of PSL brings a lot more cricketers and artists to the field.

Which one of your favorite artists attended the event? Tell us in the comments below.