“It’s not my grief, it’s a collective grief, a grief of two nations.” Said, the dynamic superstar, Adnan Siddiqui while talking to ARY after maestro Sridevi’s death.

Siddiqui recently worked with Sridevi in the movie ‘Mom’ along with the gorgeous Sajal Ali. While recalling his memories with Sridevi, he said, “It was my third Bollywood movie while it was her 300th movie. When Bony Kapoor took me to Sridevi as I was about to work with her in ‘Mom’, she was so humble that she stood up to greet me. Love and respect from legendary actors like Sridevi mean so much.” 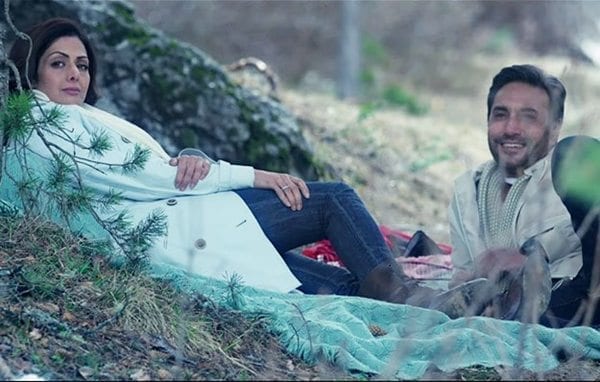 Siddiqui met Sridevi four days back in a wedding in Dubai. He said that he wanted to meet Sri Devi as soon as he landed. He called her husband Bony Kapoor to which he replied, “She’s waiting for you.” Siddiqui named Sridevi a ‘link point’ between India and Pakistan as she was adored by both countries equally.

Reminiscing his memories with Sridevi in ‘Mom’, he said, “I feel utterly sad that she’s no more among us. But I also feel honored because ‘Mom’ was her last movie and I shared the screen with her.”

Siddiqui told that he called Sridevi’s husband after he came to know about her death and went to Emirates Tower Hotel to pay his condolences to the family. “Actors have no boundaries. We know how to accept actors from the neighboring country. I hope they too learn it.” Said Siddiqui.

Here’s the whole interview of Adnan Siddiqui after Sridevi’s demise.

What do you think about Adnan Siddiqui’s bond with Sridevi? Tell us in the comments below.