All of us must have seen a viral photo of the immensely talented, Anushka Sharma amid abundant memes around it. The photo is a screenshot, taken from her latest venture, Sui Dhaaga, with the dapper, Varun Dhawan, which is all set to release on the 28th of September. The movie revolves around a man, (Varun) and his struggle to become an entrepreneur. Meanwhile, his spouse, (Anushka) becomes his reason to stay vigilant and focused. 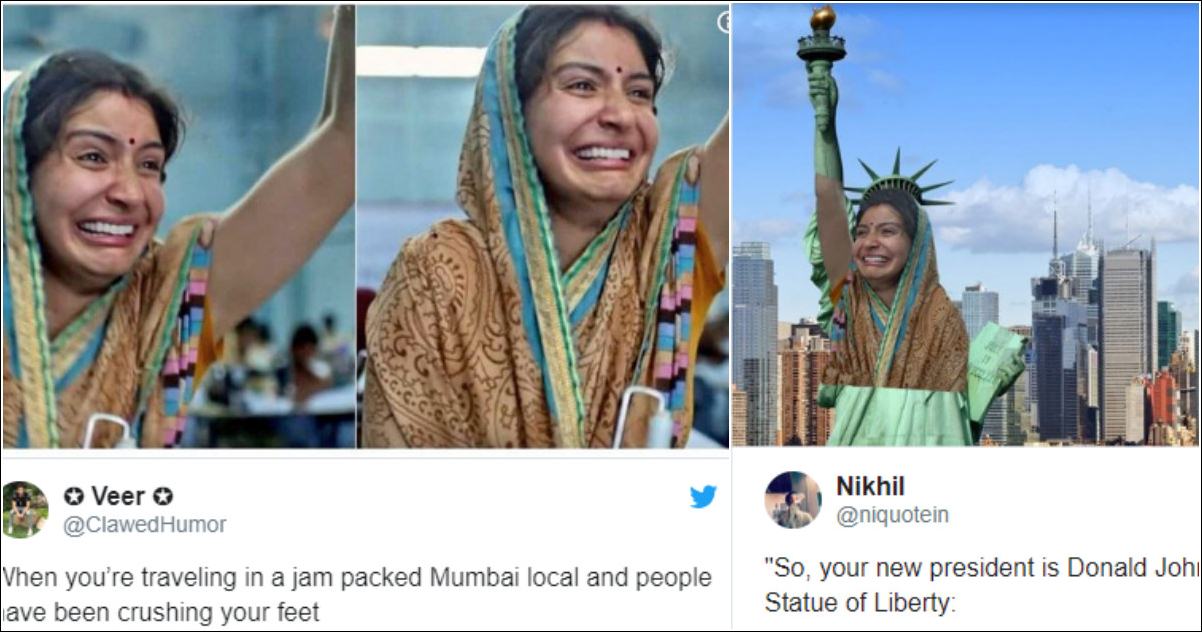 Ahead of Sui Dhaaga’s official release, both protagonists are immersed in the promotional spree of the flick. Moreover, the thespians have come up with a fun activity in order to promote their movie. They have posted a video on their Instagram accounts, delineating both actors trying to get a thread through the needle’s eye. Have a look at what these cuties have to say about the challenge.

Humne toh kar diya! Ab aap sab ki baari! @iamsrk , ready to thread the needle for the #SuiDhaagaChallenge ?? The challenge is open to everyone.. so share your videos on social media tagging @yrf , @suidhaagafilm with #SuiDhaagaChallenge & nominate your friends! #SuiDhaagaMadeInIndia

Since the prima donna has challenged the ultimate Badshah of Bollywood, Shah Rukh Khan, he accepts the challenge and posts this video on his official Instagram account. He sprinkles an abundance of cuteness in the video by grabbing a huge needle along with a huge thread and aces the challenge in a couple of nano-seconds. He further justifies the use of enormous thread and needle by saying, “Big things for big people.” King Khan concludes the video with a plethora of wishes and blessings galore.

@anushkasharma challenge done my way. Love u and all the best for Sui Dhaaga. May everyone’s hard work & belief be appreciated and rewarded.

Another super successful veteran actor, Akshay Kumar tries the Sui Dhaaga challenge after being nominated by Varun. However, he fails the challenge after trying a few times, but he still wishes the entire cast of the movie, “a very good luck.”

Watch if @akshaykumar can complete the #suidhaaga challenge ????

Varun goes to his uber bubbly friends, Alia Bhatt and Aditya Roy Kapoor for the Sui Dhaaga challenge, giving them ten seconds to complete the task. The celebrities try hard to get the thread through the needle’s hole and the cutie, Alia completes the challenge just before the countdown is over.

#Repost @aliaabhatt • • • Here goes the Sui Dhaga challenge!!! Too much fun.. I shall further nominate my dear dear @karanjohar and I shall give him an additional challenge of making Ranbir do it too [email protected] @anushkasharma All the best for the film guys can’t wait to see it ????????

Nominated by the gorgeous, Alia Bhatt, Karan Johar and Ranbir Kapoor also try to do the challenge. However, Karan misses the thread but Ranbir proves to be the ultimate master of literally everything. They further nominate the stunning Deepika Padukone and the powerhouse, Ranveer Singh for the challenge.

The lead protagonist of the film, Varun Dhawan has posted a video of the evergreen, Madhuri Dixit, amid two other fragments of the Bollywood fraternity, performing the Sui Dhaaga challenge. One of the contestants wins the competition meanwhile, Madhuri says that her needly “doesn’t even have an eye.”

Sui Dhaaga, a potpourri of inspiration, determination, and love is all set to enthrall the screens from the 28th of September, 2018. We wish Varun, Anushka and the cast, a very best of luck for the movie.

Fahad Is The Cutest Hubby For All The Right Reasons!

In Pictures: Iqra Aziz Takes You To A Trip To Cappadocia