Qandeel Baloch accumulated mixed feedback for her social media videos, She was known for her ultimate boldness and unfiltered live sessions. Her popularity was not confined to just Pakistan, she had been extensively watched by a huge populace abroad. In July of 2016, she was murdered in the name of honor by the hands of her brother.

Sanam Maher, a Pakistani journalist, has penned down an entire book on the life of Qandeel Baloch, the way she has spent her life and the factors that ignited her barbaric murder. The book does not dwell on just her murder, it also revolves around the whole transition of a girl named Fauzia Azeem becoming Qandeel Baloch.

Although Qandeel never appeared in fashion shows, dramas or any other mainstream media, her harrowing death left a prominent mark. The vacuum which was created after her death happened to be a haunting one. Actors and activists took it to their social media accounts and even initiated rallies in homage to the social media celebrity but few also came forward to endorse her brother’s hideous crime. According to reports, her social media trending videos became a catalyst for family dishonor that led her brother get her drugged followed by eventually strangling her till her last breath remained in her body. 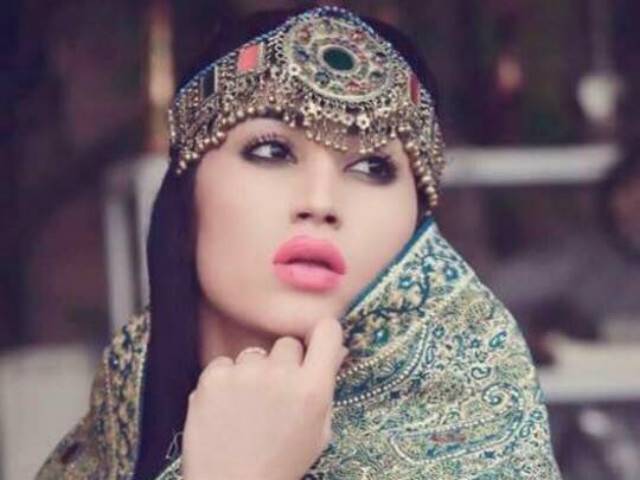 Maher had been following all the statuses and posts Qandeel used to post. She met people who knew Qandeel, who liked her or who disliked her, she also met officials working on her case and she tried to grab everything, the social media artist said in public appearances on variable instances.

Maher’s ‘The Sensational Life and Death of Qandeel Baloch’ happens to revolve around the circumstances that made Qandeel in the first place. The cover of this book delineates artwork by Rahema Zaheer Alam which was shared online after when the news of her atrocious murder came out.

Bumper week for work announcements from me: So hello! She’s here – coverreveal! A story that has taken over my life for the last 2 years — a story not just about #QandeelBaloch, but about the place that created her and ultimately found that it had very little room for her. pic.twitter.com/dob8rwXfwQ

The book is all set to hit the shelves on the 10th of May 2018. Maher’s ‘The Sensational Life and Death of Qandeel Baloch’ is termed as the most awaited book, by the Huffington Post and we are equally excited for this book to come out.

What are your views regarding this video? Tell us in the comments below.

Guess Who Got To Witness Strings’ Recent Concert