This Celebrity Got Fawad Khan as a Fan!

The Entity Paradigm’s lead vocalist, Fawad Afzal Khan never resists paying homage to the talent his country possesses. Be it actors or be it singers, Khan always comes forward to support his country. 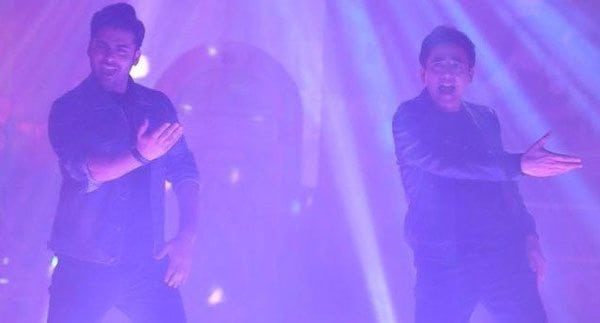 Recently, the Prince of ‘Khoobsurat’ has posted, “listening to some old school, 80s music! Would love to meet Zoheb Hassan sometimes #NaziaAndZoheb” on his social media account.

Apparently, the dashing singer and actor wants to meet the legend Zoheb. He puts up a hashtag #NaziaAndZoheb depicting admiration for the brother-sister duo. Zoheb Hasan, without missing a nanosecond, replies to his post with rather an invitation.

The ‘Kapoor And Sons’ sensation then posts a photo of a reality singing competition exhibiting himself performing with the maestro, Zoheb Hassan himself with a hashtag #HappeningNow depicting Hassan as the ‘King Of Pop!’ 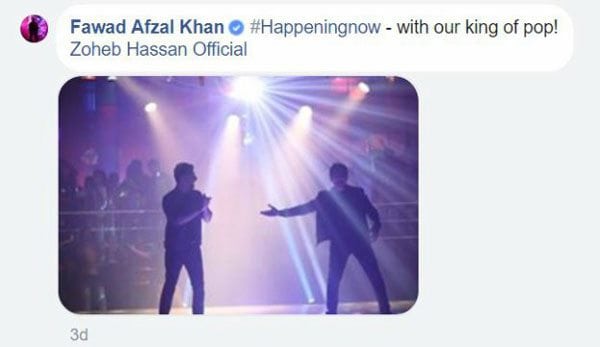 Both celebs maintain complimenting and praising each other throughout the thread. Hassan also graces Khan on his exceptional acting skills.

Meanwhile, the ex-vital signs’ lead guitarist, Shahi Hasan subtly asks the due if he can join the dazzling due for a gig too? Referring to the Zoheb Hassan, he comments, “You guys were great in the 80s! Got me thinking about the time I played bass on top of a Pepsi truck in the 90s. Let’s jam soon boys!”

All hell went loose when the fans of both these legendary singers went through the conversation they were having. Amidst the abundance of admiration and love, few even desired for a contemporary remake of the upbeat popular tune ‘Disco Deewane’ which had Nazia Hassan singing along with Zoheb Hassan.

Hands Down! We are absolutely thrilled to see the duo perform together. How excited are you? Tell us in the comments below.