Heer is now married to Shahmir but not much happy to be his wife, she soon figures out that Shahmir likes someone else and that’s the reason why he wants to go back to China.

Shahmir, on the very first night of marriage tells Heer not to expect anything from him. The other day while having breakfast Shahmir tells everyone that Heer can go and live at her parents’ house as he will be going back abroad , the elders disagrees to this and amma jee asks Shahmir to consult every decision of his life with Heer. 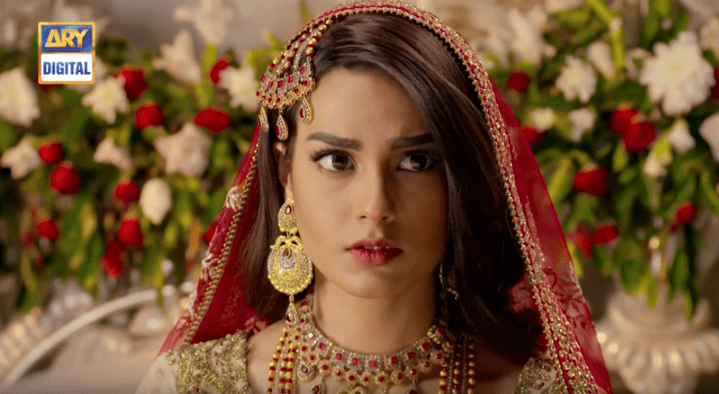 Later, Heer’s parents and her friend Mishaal comes to meet her, Heer becomes glad upon seeing them and tells Mishaal that she cannot forget Jamal. Mishaal asks her to forget Jamal as it was just a dream which passed away.

On the other hand, Maryam, the nurse who is taking care of Jamal tries to inquire about Heer from Jamal and Jamal also tries to remember and tells her a few things that, he met Heer in university and they both fell in love and got married but Heer live with her parents and not with him.

Shahmir asks Heer to start studying again as he will also get permission to go if Heer goes back to her house, but Heer refuses to study further and asks Shahmir to talk to his parents on his own. Heer also tells Shahmir that she is not there by choice but because of the decision of their parents. Heer saw Shahmir talking to a girl on phone and asks him if someone is waiting for him but Shahmir strictly restricts Heer not to interfere in his life. Later Heer and Shahmir went for dinner at Heer’s house.

Jamal and Maryam reached Heer’s house where Jamal inquires about Heer from her mother. Shahmir asks Heer to use her phone as his phone was having some issues and Heer gives him her phone, this little helping gesture between the duo is hinting towards the bond they might be sharing in the upcoming episodes. Stay tuned to Qurban every Monday at 8 PM on ARY Digital to find out more.