How Will Mustafa React To the Marriage Of His Brother And Ex Wife?

Tum Meri Ho, a show with the most interesting twists and turns that keeps us all hooked, the last episode of Tum Meri Ho introduced a new turn when Zayan told Sohail that he’s going to wed his sister. Sohail was already furious with the fact that his own sister is damaging his reputation and this news made him burst with rage.

On  other hand Ana is being forced into marriage with Zayan, she obviously doesn’t want it but her own mother thinks it’s the correct decision. If Ana doesn’t marry Zayan, Sohail will been thrown behind the bars! The emotional trauma that Ana is suffering from – will probably be the death of her. What do you think? Should Ana actually be okay with this decision?

Furthermore, Sohail and Ambreen believe, that Ana had a love affair with Zayan, the thought of all this is just too much and Sohail goes ballistic. Husband and wife quarrel which leads to a flood of tears and heart wrenching words. Ambreen refuses to go abroad with her husband on which he apologizes her and tells her he needs her. 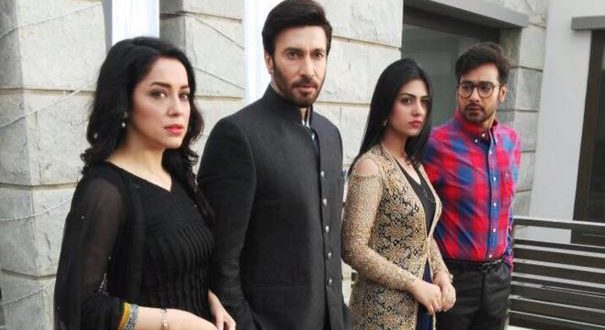 Zayan is over the moon from the thought of marrying Ana, he’s even happier that Mustafa might get married to Hina. The responsibility of convincing Mustafa to marry Hina is handed over to Zayan. For him it’s all getting better now.

Ana and Zayan are at the strangest place right now, marrying his brother’s ex wife – do you think Zayan is doing the right thing? Shattered Ana only prays that her future is better now. Oblivious about Zayan’s intentions Mustafa is happy that his brother has found love and buys a pendant for his future bhabhi.

On the moment of her nikah when Ana wanted to meet her brother, he completely refuses to see her. The big question is that will Ana and Zayan actually get married? What will the future hold for them both if they actually do tie the know? How will Mustafa react to this new relationship? Will Hina and Mustafa get married?

To find out all the answers, don’t miss out on the next episode of Tum Meri Ho tonight at 9:00 PM only on ARY Digital.

ARY Digital Has The Best OST’s!