ARY Digital–all set to bring unrivaled, captivating entertainment for you

ARY Digital always stays true to its commitment; entertaining its audiences to the fullest. After its astonishingly successful programming in Ramazan following all the SOPs amid the pandemic, the television channel is all set to roll out a few more dramas, telefilms, and movies to outdo itself, and extend boundaries ARY Digital has set on its own.

Related: ARY Digital, here to take care of you

In just four days, Iqra Aziz and Junaid Khan will captivate the audiences with their on-screen charm in the latest drama Kasak at 9:00 PM. The teasers and promos of the drama look intense.

The heartthrob Bilal Abbas Khan and the stunning Sana Javed have teamed up with Big Bang Entertainment for an upcoming drama ‘Dunk’, where the duo will sprinkle their magic on the screen.

The powerhouse of talent Faysal Quraishi has starred with equally talented co-actors; Saheefa Jabbar and Aijaz Aslam for their upcoming drama serial Log Kya Kahenge. The teasers depict a scary reality about our society.

Omer Shahzad and Furqan Qureshi have paired up with Dur-e-Fishan Saleem and Zubab Rana for their upcoming project Bharas.

Helmed by the immensely talented Qasim Ali Mureed, ‘Prem Gali’ starring Farhan Saeed, Anoushey Abbasi, and Sohai Ali Abro is in the pipeline, all set to captivate the audiences.

The stunning Ramsha Khan and the suave Wahaj Ali are all set to enthrall with their next drama on ARY Digital.

The newlyweds Sadaf and Shahroz Sabzwari are all revved up to be acting in a telefilm along with the legendary Javed Sheikh. 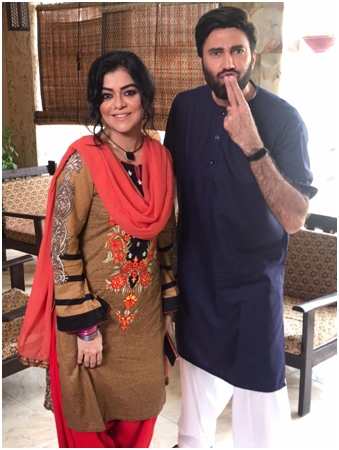 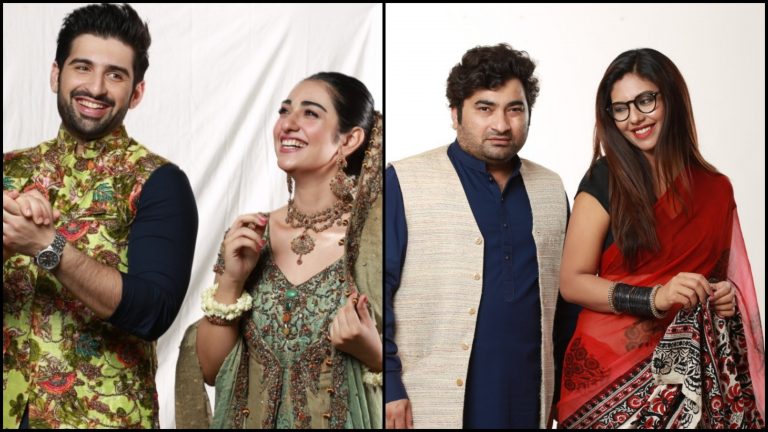 Directed by the immensely talented Azfar Jafri, Sher Dil proceeds in a way to generate maximum output influencing the audiences to shed tears and keep applauding the dialogues and the dogfight sequences throughout the movie for its pristine storyline that depicts sheer patriotism. Everyone watching Sher Dil could easily relate to it because we all have family members who are uber obsessed and enthusiastic about Pakistan Air Force (PAF). Sher Dil stars Mikaal Zulfiqar, Armeena Khan, Hassan Niazi, and Sabeeka Imam in pivotal roles.

The heartthrob, Sheheryar Munawar has made us weep and laugh with tears in Parey Hut Love with his power-packed dialogues and impressive acting, making it the highest-grossing flick of 2019. On the other hand, it will not be an overstatement if we call Maya Ali our own Emilia Clarke, due to the plethora of emotions she dons. Ahmed Ali Butt needs no introduction when it comes to the range of versatility and Zara has just epitomized perfection with her exceptional acting. The chemistry between all the cast members is so soothing that you will feel they all have been living like a family ever since.

Officially the highest watched entertainment channel of Pakistan, ARY Digital never ceases to amaze its viewers with binge-worthy and spectacular dramas. The channel has literally transcended all boundaries when it comes to providing overwhelming quality entertainment for local and global audiences. Dramas that air on ARY Digital not only cater sheer entertainment but also educate and inform the spectators about topics nobody usually talks about.

Which one of these are you looking forward to? Have your say in the comments’ section below.

Sarah Khan–Falak Shabbir all set to tie the knot