From music videos to Coke Studio, to drama OSTs to songs in Pakistani movies, Asim Azhar’s journey is as magical as it gets. The 23 years-old songster puts his hundred percent in every song he intones, which can literally be felt when you hear one. The youngest Pakistani singer to have garnered more than 100 Million views on a song on Youtube had posted his debut Bollywood song Humraah a couple of weeks ago and today, it stands strong with at least 4.5 Million views.

Well, the Jo Tu Na Mila singer is back with another song, but this upcoming project is huge, so much so that the singer himself has called it the “The biggest collaboration of the year.” For the past three days, we have been watching photos of TikTok star Areeka Haq with Asim and other singers such as Shamoon Ismail, Talhah Yunus, Talha Anjum, and Raamis. Little did we know all these uber-talented people are collaborating with equally competent artists like Hania Aamir, Mooro, and Asad Siddiqui to make a video song. 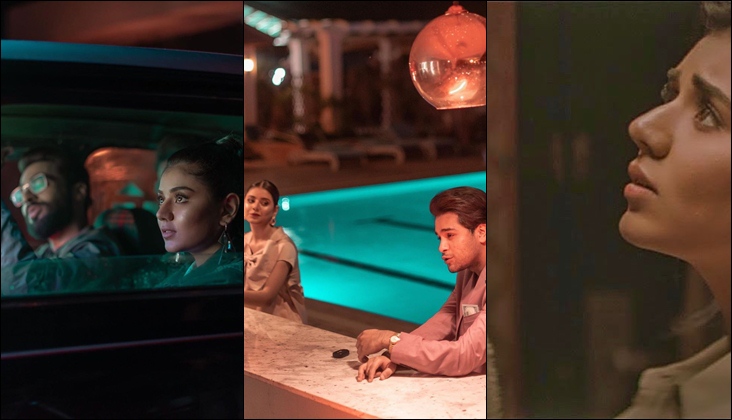 The Ishqiya singer has just dropped the trailer of the upcoming song ‘Tum Tum’ on Youtube and it looks as spectacular as it gets. The 51 seconds visual delight starts with the quotation “If you choose money over love, you will always be poor,” by Matshona Dhliwayo, and features all the A-list artistes to hold us spellbound.

The video song is scheduled to be released on the 2nd of July. How do you think Tum Tum will unfold? Have your say in the comments’ section below.