Atif Aslam Refuses To Promote His Own Song

Following the recent ban on Pakistani artists, the musician turned politician, Babul Supriyo, aka ‘Babul Ji’ also denounced the presence of Pakistani superstars such as Rahat Fateh Ali Khan and Atif Aslam in Indian songs. ‘Babul Ji’, in a statement criticized producers for getting their songs done by Pakistani singers rather their own.

In retaliation, the exquisite singer, Atif Aslam has reportedly refused to promote his own song ‘Sehmi Hai Dhadkan’ that has been included in the latest Bollywood movie, ‘Daas Dev’. The refusal has come as a backlash after India’s decision of denial to withdraw the ban on Pakistani artists. 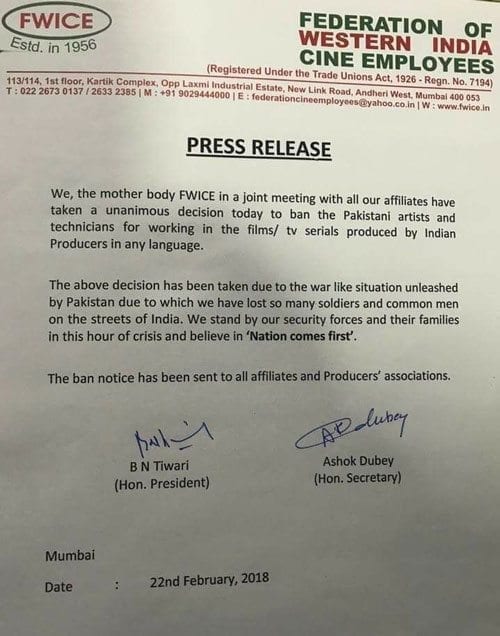 However, the producer of the movie sees it in a different light. According to him, Aslam has promised to promote his song but he has been doing the contrary. Producer Sanjeev Kumar says, “Atif said he will do it, but it hasn’t been done. I’m not sure why he isn’t taking part in the activity, but, as a producer, I see that work promised hasn’t been executed.” In a response to Bulbul Ji’s comment, he says, “Normally, such statements are made by fringe groups. When a minister says it, it leaves an impact on more people.” “But we needed Atif for this song. He has 20 million followers on social media,” the producer adds. “Imagine the kind of traction we would have gotten if he had promoted it.”

In response to the news, Minister Babul Supriyo said he would love to see how things turn out otherwise:

Just read this report flashed on @republic • I wud love to see what happens to Atif Aslam shud Bollywood stops giving him work till we see Atif/Rahat make a public plea 2 their very own Pakistani Govt 2 stop supporting terrorists& Jihadi organisations https://t.co/KaphjR6d5o

Well, the sensational singer is being appreciated by the Pakistanis and even Indians for taking such a bold and brave step to possess his protest against the ban.

We wish our heartthrob well. What do you think about his decision? Tell us in the comments below.