Since the revival of Pakistani cinema, movies were generally either romantic or comedy, few movies focused on social injustices. ARY Films, however, never failed to entertain spectators with its wisely-chosen collaborations to make sure that a subtle, powerful script along with an adroit screenplay is presented after the populace, Azaadi is no exception.

Also Read: ‘Azaadi’, all revved up to show its first look

We have been witnessing B’Town movies’ extensive portrayal of issues faced by the women of their country and by ample other oppressed people, at large. The pivotal issue Indian cinema has failed to cater through its movies is the issue of Kashmir (Read: Real Issue of Kashmir). Kashmir has been a home to gorgeous sights and amazing people but, a part of Kashmir is also a host to atrocities and ferociously barbaric murders. Kashmir has been a home to Burhan Wani and ample kids who have lost their eyesight, sense of smell, speaking capability, and their families, as a result of harrowing attacks. 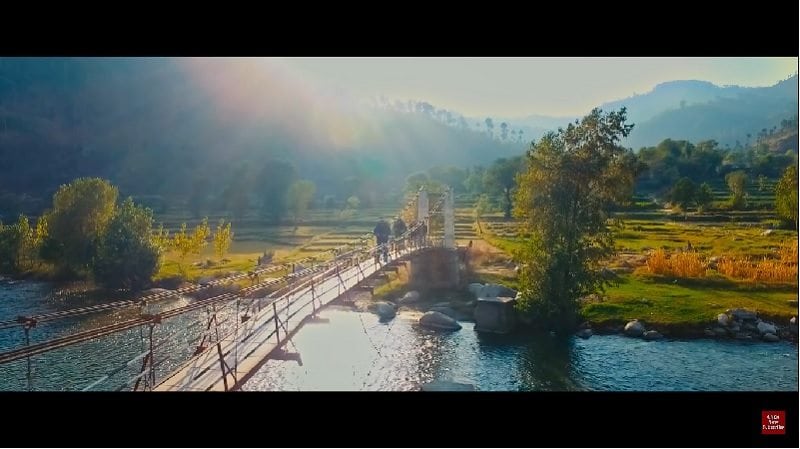 ARY Films has taken an initiative to bring the issue of Kashmir into the mainstream. Produced by the talented sons of the legendary, Pervez Malik, ‘Azaadi’ has all the constituents to be admired by spectators in not just Pakistan but world over.

Directed by the debutant, Imran Malik, ‘Azaadi’ revolves around ‘Azaad’, played by Moammar Rana who is in love with ‘Zara’ played by Sonya Hussayn in the United Kingdom. Zara is a Pakistani British Journalist who visits Pakistan to find out that the love of her life has gone to fight the oppressors in occupied Kashmir. Maestro, Nadeem Baig plays Zara’s father who has lost the hope of quenching freedom for his brothers and sisters but Zara ignites him to use the power of his words to reestablish the thirst of independence in the hearts of Kashmiri people.

Undoubtedly, ‘Azaadi’ appears to be not just about war or injustice, it rather is a plethora of emotions depicting love, agony, compassion, and enthusiasm. Besides the presence of exceptionally skillful artistes, the movie also possesses all the ingredients for an absolute success like subtle action, mesmerizing music by Sahir Ali Bagga and cinematography by Ben Jasper who has been behind the camera in Hollywood and Bollywood movies as well. 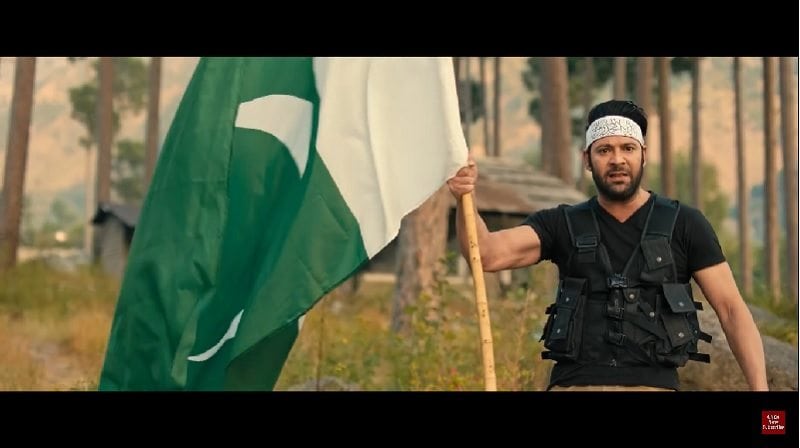 Patriotism was oozing out of all the people sitting in the entire hall when the official trailer was launched. The audience was left in awe and the cinema was encompassed with the sound of applauds, while some couldn’t resist whistling for the actors and direction. Moammar Rana was encircled in his character of Azaad so much so that, for a moment, the audience actually felt like a part of Kashmir’s ongoing scenario. Sonya Hussayn’s gorgeousness along with the flamboyant locations of Kashmir, ‘Azaadi’ delineates all the elements to become the next big thing.

The movie is all set for an impactful entry across the nation this Eid-ul-Fitr. We wish the cast and crew of the movie, a very best of luck.

The trailer gave us goosebumps! Try it yourself.

What are your views about this movie made on such a sensitive topic? Show your love in the comments’ section below.

‘Visaal’-The War Of Good And Evil