The world has turned upside down for both Taimoor and Nigar

There are dramas that garner praise for their portrayal of love, some for their comedy and humor, some for the presence of a subtle cast, some for delineating a strong message or touching upon a social issue, contributing in the betterment of our society. On the other hand, there are dramas like Balaa, that don’t only have a proficient ensemble cast, but they also carry an outstanding script with a subtle yet strong message. 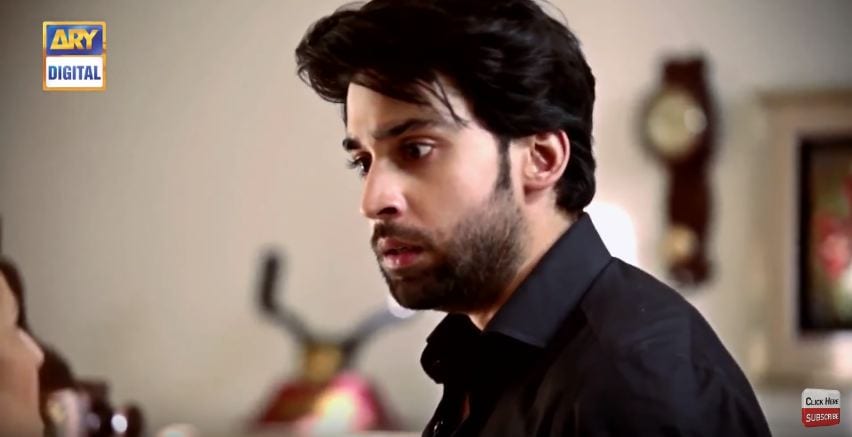 We’re certain, whenever you will watch an episode of Balaa, you will consciously or unconsciously get immersed in it since its inception, till the drama is ended. But the feeling would not fade away even when you are done watching. It will perhaps take a bunch of more minutes to get your attention back to the real world.

Balaa starts off showing two families that are linked with each other but are totally different. One family incorporates a woman with her three children, Taimoor, Batool and Saliha. Taimoor works in a bank and loves his sisters and mother more than anything in the entire world. The second family consists of a man, Zafar, his two children, Nigar and Junaid along with Junaid’s spouse, Zeba, who had run away with Junaid to get married. Nigar has leg impairment and she is kept like a princess in her home because her father feels as if she is the reason for the entire wealth he has. Nigar is a selfish girl and treats literally everybody as her slave.

Nigar likes Taimoor, her paternal cousin but he likes Saba, the daughter of his mom’s friend. He asks his mother to take his proposal to Saba’s mother and her mother agrees at once. Taimoor and his family get involved in the wedding preparations but Saba is not happy because she loves someone else. Notwithstanding telling her mother that she likes someone else, her mother denies and asks her to forget the boy.

In a parallel universe, Nigar asks her dad to talk to Taimoor for her wedding with him but his mother tells her dad about Saba. While Taimoor and his sisters are on a shopping spree with Saba, Nigar sees Saba going to talk to the guy she likes. On the wedding day, Saba runs away, leaving behind a “sorry” note. Her mother dies of excessive guilt and depression.

On the other hand, albeit loving Zeba, Junaid listens to his dad and sister and tortures his wife inhumanely. Zafar stages a scenario to make sure Junaid ends up divorcing Zeba. In a response to the entire scenario, Junaid divorces her that leads to a fatal brain hemorrhage.

Junaid and Taimoor get utterly depressed but while Taimoor eventually agrees to marry Nigar, Junaid ends up becoming a drunkard. Zafar wants Junaid to marry Batool but everyone comes to know about his drinking habit. Soon after Nigar and Taimoor’s wedding, the former notices an unusual inclination of her better half towards his sisters and mother and gets irritated by it. As a response, Nigar starts to blame her mother in law on various occasions very subtly.

Related: Balaa | An Agglomeration Of Insecurity, Jealousy, And Revenge

Nigar finds herself caught between a fiasco, so she requests Taimoor’s mother to actually do things that can push him away from his mother and sisters. For the sake of her child’s happy life, she agrees and starts scolding Taimoor and Nigar for unnecessary reasons. She steadily starts getting hold of everything at home, proving his mother to be old enough.

Batool asks her beau to come with the proposal and he asks her to wait a bit. In the meantime, Nigar somehow figures out that she is dating her mother’s doctor. She goes to the doctor and asks him to bring his mother as soon as he can because if he did not, Taimoor will get Batool married to Junaid. The doctor thinks that Batool knows about it but she does not. Nigar further takes Batool in her confidence and lets her tell everything about her love affair.

One day, Taimoor comes home from the office and gives respective shares of an amount to his sisters as their pocket money and to his mother as the household amount. Nigar takes out the amount from the envelope and accuses the maid of theft. When her mother-in-law assures that the maid is loyal, she starts yelling, calls her dad and leaves. In her absence, Taimoor feels that his mother has become a staunch hater of Nigar.

Taimoor’s mom goes to Nigar’s house to apologize but she turns her down, asking her to send Taimoor instead. Taimoor goes and brings her back but she remains full of hatred for Taimoor’s entire family. Taimoor and Nigar find out that they are going to be parents soon. Taimoor instructs his sisters to take proper care of her.

One day, while the maid cleans, she accuses her of theft again, and when her mother-in-law defends the maid, she yells fiercely, snatching away the broomstick. Later that day when her father arrives to get the cheques signed, she tells him everything. He takes her to the hospital and asks the doctor to keep her there for a few days. He also calls Taimoor from the hospital, telling him everything about her arrival in the hospital.

Taimoor is a totally different person when he enters home. He goes straight to his mother and loathes her with fierce looks and speech full of hatred. When his mother tries to explain everything to him as they were, he asks her to stop acting and goes to the hospital. Upon her return, Nigar asks Batool to meet the doctor and convince him to bring his mother soon. Batool goes to meet the guy after her university and Nigar purposely sends Taimoor to get her a sandwich from the same place. Taimoor sees his sister sitting with the doctor in the car and he literally drags her insanely, engulfed in immense anger.

He throws her into the sofa when they get home and slaps her. To his surprise, his mother stands up as a pillar for her daughter’s safety. She asks him to act like a man and cut down his male ego a bit. She then goes to Batool and she mentions that Nigar is the one who has sent her in the first place. Her mother goes to Nigar expecting a solution and gets convinced with her suggestion of talking to the doctor all by herself.

How do you think will this drama unfold? Do you think Taimoor will ever come to know about the reality? Will he ever know that his mother and sisters are innocent? Will Nigar ever endure the karma for whatever she is doing to attain Taimoor’s love and attention? Have your say in the comments’ section below.