Public, celebrities laud ‘Baaji’ for all the right reasons

The revival of Pakistani cinema has given us many flamboyant movies on immensely important and diverse topics. However, these topics are starting to become conventional as well. In order to fathom how things really work in the Lollywood fraternity, it is important to witness the industry closely and Saqib Malik has taken this responsibility in his own hands with his latest venture ‘Baaji’ which has a pristine yet essential topic.

Presenting Meera Jee as Shameera, Baaji delves into the life of an aging actress who is time and again reminded by her close associates that her era has ended but she thinks otherwise. She leaves no stones unturned to stay in the limelight with a consistent fear of drowning or becoming a part of the past. The movie also sheds light on other aspects of how classic Lollywood used to be. 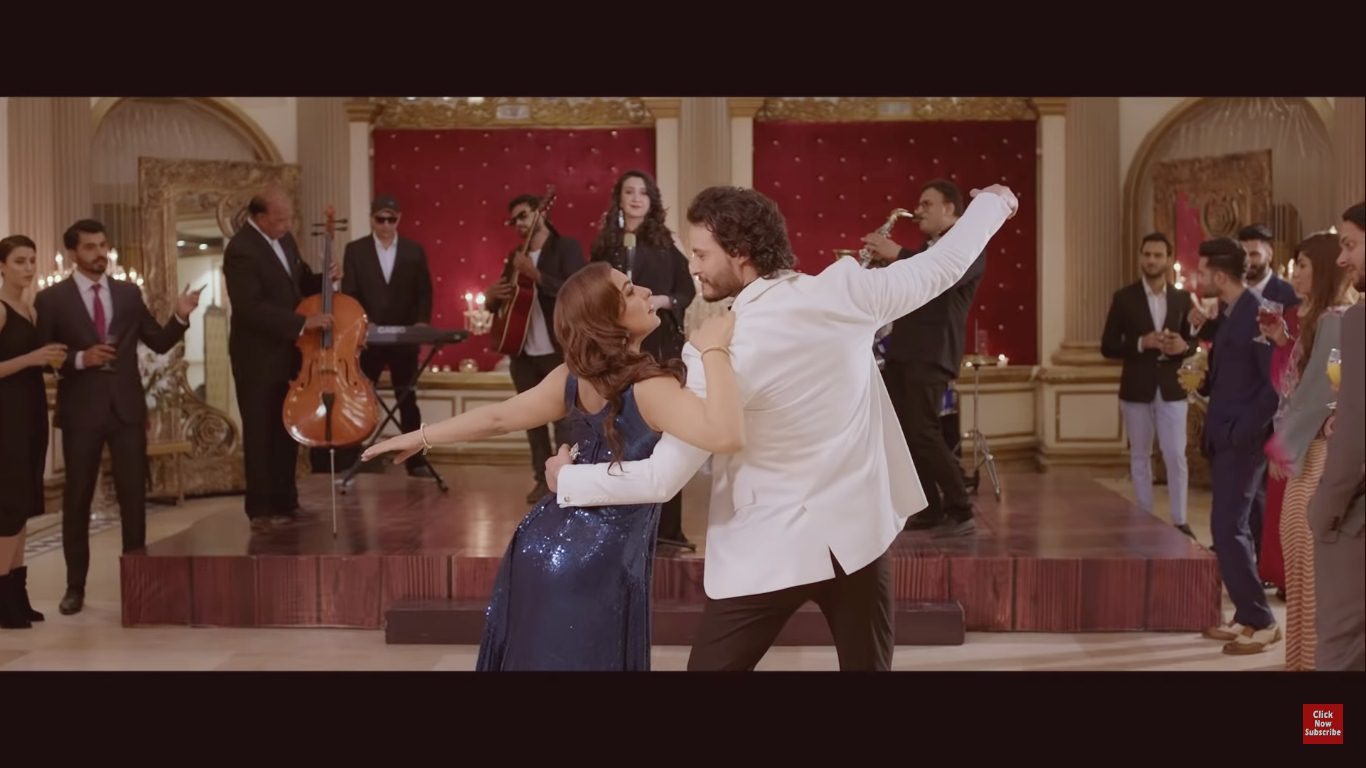 The movie also stars Amna Ilyas aka Neha as a masseuse in a beauty parlor, Mohsin Abbas Haider aka Ajji, who aspires to become a successful actor and is in love with Neha, Ali Kazmi aka Rammy, who is in a relationship with Shameera and Osman Khalid Butt aka Rohail Khan, a foreign director, seeking for a “classic” Pakistani face for his next movie. Baaji has legendary Nisho Begum and Nayyar Ejaz in important characters with a bunch of surprise appearances by various A-list celebrities. Apart from the flamboyant ensemble cast, the movie exhibits a powerful storyline with some exquisite cinematography, surreal music, and adroit choreography.

Soon after the release, Baaji has started garnering exceptional praise from the general public, celebrities and critiques alike. People are calling Meera an undisputed legend for her outstanding portrayal of Shameera with her return in the Lollywood industry.

Nobody could play shameera as brilliantly as meera.. nervous yet larger than life, vulnerable, intense, melodramatic, tad narcissitic, slightly hinged, broken yet putting up a facade of confidence brimming on arrogance and superiority #baaji

#Baaji is an excellent movie. Portrays larger than life character that #Meera actually has. Glitz & glamor as essential. Mostly it explains Meera's life from her perspective, which we always perceived as publicity stunts. Surprisingly, end is a far cry from entire story. Watchit!

Twitter had been flooded with an instant outpour of love and praise even from overseas soon after Baaji’s release.

Overseas First Review #Baaji ! A Well Made Film in all aspects. " Real Lollywood Saga " after Long Time. @TheMeeraJee is Back with Bang. She Stole the Show all the way. Paisa Vasool Dialogues & Power Packed Performances ! Go for it. #BaajiTheFilm : 3.5*/5* ???1/2 @Salman_ARY pic.twitter.com/q49GzqT9Tc

Fans, journalists and celebrities are appreciating Saqib Malik for such a direction, along with the acting of other celebrities, making Baaji ooze charm and grandeur.

Best of luck to team #BAAJI . It’s a great film with great people in it . Best of luck to @SaqibMa11070211 @IlyasAmna @TheMeeraJee and the whole cast! Everyone should go and see it #madeinpakistan #ARYFilms pic.twitter.com/gXnr4f5RRl

#BaajiTheFilm is one of the most intriguing movies that I have seen lately. It contained excellent elements of suspense, melodrama & romance. All actors did an amazing job. It’s satisfying to see Pakistan creating such movies. @aClockworkObi @TheMeeraJee @adnanmalik @IlyasAmna

#Baaji is once-in-a-lifetime kind of film for an aging actress, an upcoming one & some of the best Pakistani film actors who don't do films. Well done @IlyasAmna @aClockworkObi @TheMeeraJee @TheAliKazmi, #SaqibMalik, @asfand316, and @Jerjees for making us leave cinema smiling!

And Recommended 4/5. Good acting with intriguing plot. Another step in the revival of Pak cinema. #BAAJI pic.twitter.com/QgPkYBkS7Z

Just watched “Baaji”, enjoyed the movie. The entire cast and the director did a good job. #baaji #pakistanifilm

#Baaji is melodrama at its best. Saqib Malik blurs reality & fantasy in an entertaining way but also acknowledges the darker side of showbiz. Meera is a legend for doing this & pulling it off! @IlyasAmna @aClockworkObi @TheAliKazmi #MohsinAbbasHaider #NayyerEjaz – all brilliant! pic.twitter.com/vpJn5BhFM5

Fashion designer Nomi Ansari calls Baaji the “True essence of Lollywood” and the legendary Samina Peerzada wishes luck to the team behind Baaji.

Osman Khalid Butt’s brother Omar Khalid Butt puts a photo of his group including the dapper Imran Abbas, shedding light on the environment of the cinema they went to.

All smiles after a group of us movie lovers, friends and family finally got together to watch @Baajithefilm for an 11:45 pm show, that was almost houseful and drew cheers, claps and laughs at all the right moments.
Review coming soon!
In the meantime, Team Baaji take a bow! ???????? pic.twitter.com/TboG8tT6El

Helmed by Saqib Malik and written by Irfan Ahmed Urfi, Baaji is running to packed cinemas across Pakistan. What about Baaji excites you the most? Have your say in the comments’ section below.

Can you take on Ali Safina’s recent photoshop challenge?